Your changes have been saved
All Audio Berkeley Talks

From Audio: Justice Ruth Bader Ginsburg on overcoming the odds

Start Time: 41:50 End Time: 45:30
Fans of RBG know about her husband, Marty. In this snippet, Ginsburg discusses how they met and the best marriage advice she ever got.
Category: Educational Political Documentary
Publish Date: Nov 03, 2020
Snipped By:
Share
station description Hi! My name is Shaina and I'm a curator intern at Vurbl! I'm an alumna of CSU Chico... read more 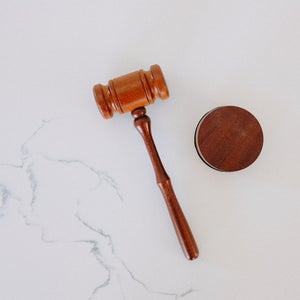 I Dissent: The Most Important Ruth Bader Ginsburg Quotes
01:53:04 11/3/20 5 audios
Up Next
Full Description
Back to Top
Fans of RBG know about her husband, Marty. In this snippet, Ginsburg discusses how they met and the best marriage advice she ever got.
Transcripts
Back to Top
now, something else happened. When you were at Cornell, You made you met Excuse me, a certain handsome member of the golf team named Marty Ginsburg. So what was different about him, as opposed to some of the other guys on campus? If I said Marty was the first boy I ever dated, who cared that I had a brain and we started out as best friends. Marty had a girlfriend at Smith College, and I had a boyfriend in Columbia Law School. But there was a long cold week and Ithaca Hmm and Marty had a great Chevrolet. We would go to the movies together. We go to the college spa and speak about anything and everything. And then it dawned on me after not too long, Marty was ever so much smarter than my boyfriend at Columbia Law School. Aziz, as I I don't want to say anything and get myself in trouble with my former colleagues in one in particular who is now the dean of Columbia Law School. So I'm going to just move right on. Um, now, as I understand things together, you decided that you would pick a profession in the same profession. How did you wind up going toe law When Marty entered the picture and you were debating this early on, medical school was eliminated. Thank goodness for me because the chemistry labs in the afternoon interfered with Marty's golf practice. So then they were choices. Business School, law school. For some reason, Marty wanted to go to Harvard. The Harvard Business School didn't admit women in the 19 fifties. It wasn't until the middle sixties. If they did so, that left law school. I think I can speak for a fair number of people when I say I'm really glad that's where this wound up. Um, now Marty graduated to your head of you, and he went to Harvard and studied his first year of law school. And then after you graduated, you were married. Um, I'm wondering when you got married, did you receive any particularly useful marriage advice? Oh, yes, the best advice I've ever received. And it came from my mother in law. The day we were married. We were married in Marty's home, and just before the ceremony, Mother said, Ruth, I would like to tell you the secret of a happy marriage. Oh, I'd be delighted to know what is it? It helps every now and then to be a little Yeah. So if an unkind or thoughtless word is spoken, you just tune out. You don't hear it. Now. That is advice I have followed not only in a marriage for 56 years, but also to this day in dealing with my colleagues.
Up Next
Popular Playlists
Best Yoga Podcasts: Listen & Learn New Poses Sour Shoe's Greatest Moments on The Howard Stern Show Listen to: Top 15 Funniest Barack Obama Quotes 9 Game Design Podcasts Every Game Designer Needs to Hear 7 Podcast Episodes About The Golden State Killer That Will Keep You Up at Night David Parker Ray & Shocking Audio of the Toy Box Killer You Need to Hear Best UFO Podcasts That Will Abduct Your Mind Controversial Joe Rogan Experience Episodes Audio Wack Packer Beetlejuice Best Moments on The Howard Stern Show 12 Best Episodes of the NoSleep Podcast to Keep You Up at Night Sexy ASMR Audio to Turn You On
Popular Categories
ASMR Business & Tech Cannabis Fashion & Beauty Gaming History Home & Garden Kids & Family Spirituality Travel
Add to playlist
New playlist