$5 Dinners Your Family Will Love

From Audio: Audio of Lifehacks for Working Moms: $5 Dinners Your Family Will Love

Shaina's Station
Tagged in this Audio:
More
Jump to Full Description Transcript
Playlists that $5 Dinners Your Family Will Love appears on.
Share 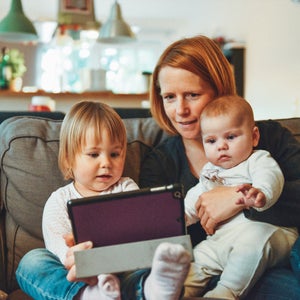 Awesome Advice For Moms, By Moms
01:17:02 10/19/20 15 audios
Up Next
Full Description
Back to Top
This snippet from Lifehacks for Working Moms brings you tips on saving money and meal planning for your family! Guest Erin Chase from 5DollarDinners.com shares her tips on meal planning and budgeting.
Transcripts
Back to Top
when they ask you for, You know, your biggest tip on saving money and time for doing this. What's the first thing you tell them? Just sort of philosophically, that they need to sort sort of start thinking about. So, you know, there's lots of building blocks, and I'm kind of alluded to some of them here, you know, between, you know, writing out a solid shopping list. You know, having your recipes for your family. Your family likes And, you know, I think, though, when you get down to it, if you were, if you're gonna focus on one thing or the first thing that I would say to focus on is right, first, look at the circulars. Um, the store ads, whatever you wanna call them, um, and see what's on sale. There are APS that have store ads. There are, um, you could get them emailed to you every week. If you sign up for the stores email newsletter, you could just sign up to have the weekly emails, you know, or the weekly ads sent to you. You can look on blog's. You can get the newspaper. I mean, they're everywhere, right? So look there. See what's on sale? Mainly meat and produce. Um, if you know, if you're from scratch cooking, you know, if you wanna get the box of whatever you could do that we don't like, you said we don't because of food allergies, That's, you know, carry that kind of from scratch because of that. Now, um, and then plan. You know, four or five meals that you can have that week based on what you see on sale. So if you see pork tenderloin, you know that's a big piece of meat. You're not gonna wellness you vaginal In this family, you're not going to eat all of that in one meal. So I would chop that up into two roasts and then sliced off a couple of pork chops off of a big tenderloin. And that's three meals where someone we might have pork roast at the beginning of the week, pork chops at the end of the week. And I could put the other one in the freezer. Right? So you kind of have thio, you know, chicken breast, the chickens and I feel like is the most popular meat. Maybe it's not, I don't know. This seems to me that's the case. Just reading what people say and in our own family to, um you know, when you see that on sale, you've got to plan to make meals that week using chicken and then by extra to stock up on so that in a couple weeks you don't have to pay full price, you know, further down the road. Because, chicken that the price the sale price on chicken is generally half more than half, depending on the store of the regular price versus the sale price. So what do you say?
Up Next
Popular Playlists
Best Yoga Podcasts: Listen & Learn New Poses Sour Shoe's Greatest Moments on The Howard Stern Show Listen to: Top 15 Funniest Barack Obama Quotes 9 Game Design Podcasts Every Game Designer Needs to Hear 7 Podcast Episodes About The Golden State Killer That Will Keep You Up at Night David Parker Ray & Shocking Audio of the Toy Box Killer You Need to Hear Best UFO Podcasts That Will Abduct Your Mind Controversial Joe Rogan Experience Episodes Audio Wack Packer Beetlejuice Best Moments on The Howard Stern Show Best NoSleep Podcast Episodes To Terrify You Sexy ASMR Audio to Turn You On
Popular Categories
ASMR Business & Tech Cannabis Fashion & Beauty Gaming History Home & Garden Kids & Family Spirituality Travel
Add to playlist
New playlist