Your changes have been saved
All Audio The Bitch Bible

Start Time: 22:27 End Time: 24:48
In this snippet, Lauren and her friend discuss how Nick Lachey is a terrible person who has a lot of Jessica Simpson's money.
Category: Religion Bible Reading & Verse
Publish Date: Sep 28, 2020
Snipped By:
Share 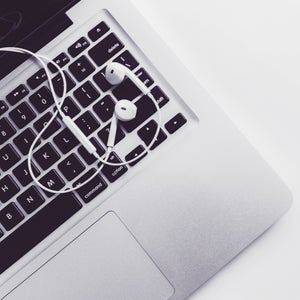 15 Podcasts to Help You Get Through a Coronavirus Quarantine
14:34:52 9/25/20 30 audios
Up Next
Full Description
Back to Top
In this snippet, Lauren and her friend discuss how Nick Lachey is a terrible person who has a lot of Jessica Simpson's money.
Transcripts
Back to Top
like what I was reading. And like Nicholas Shea just seems like the biggest fucking Duscher ever. Well, obviously Nicholas Shea, like, obviously, I'm Nicholas Eso he did newlyweds. Yeah. Okay, great. You did a reality show on MTV 700 years ago. You were in 98 degrees Lauren Elizabeth Nemea, 98 degrees song. I don't know. Think about it. It'll take a while. It's sunshine after the rain. No. Is that one? I don't like e don't like Like it's like, I don't know, like, uh ha with with not 90 degree Backstreet er in sync in sync like eso You were like a relevant here boy band And on a reality show on MTV 700 years ago. And now you. And by the way, Vanessa Lucia. Who is she, by the way? Where does she come from? Machine actress. Probably probably not. I don't know. I think she was like a misuse a type O. I could see that. She seems like a real cunt. E mean, did you see the interview of Nick and Vanessa talking about the gift from she was such a bitch in that she was any Excuse me, actually. Funny thing. We actually never sent flowers, and that's weird. Don't even have her address. And like that. Sounds like the woman who got in her car and did a couple drive byes. Jessica Simpson's house. That was another Dauth protest. That sounds like someone who has, like a Jessica Simpson hell and like only wears it to family parties. Like before she goes to bed and then, like, put little pins in it. Jessica Simpson's a fucking billionaire like crazy. And when they got divorced Nicholas Shea like they didn't sign a pre nup because at the time he was making more money and she was really, really yeah, he was making more money from 90 degrees and she was like that just sad. She was like, I don't believe in prenups because, like, I'm super religious and like my marriage is supposed to be forever. So they just didn't do because of that. She ends up making this huge fucking business. And the divorce took so long as he wanted so much money, and she finally was just like just fucking give it to him and I'll make it back, like just and she was like, Let's just say It was a shit ton of fucking money. She did. So he has so much Jessica Simpson money like it's wild. Oh, my God. So every night when Vanessa Louche gets in bed and rests her head on a pillow case, Jessica Simpson paid for that pillow. 100%. I hope she fucking listens to this and thinks about that and show some.
Up Next
Popular Playlists
Best Yoga Podcasts: Listen & Learn New Poses Sour Shoe's Greatest Moments on The Howard Stern Show Listen to: Top 15 Funniest Barack Obama Quotes 9 Game Design Podcasts Every Game Designer Needs to Hear 7 Podcast Episodes About The Golden State Killer That Will Keep You Up at Night David Parker Ray & Shocking Audio of the Toy Box Killer You Need to Hear Best UFO Podcasts That Will Abduct Your Mind Controversial Joe Rogan Experience Episodes Audio Wack Packer Beetlejuice Best Moments on The Howard Stern Show 12 Best Episodes of the NoSleep Podcast to Keep You Up at Night Sexy ASMR Audio to Turn You On
Popular Categories
ASMR Business & Tech Cannabis Fashion & Beauty Gaming History Home & Garden Kids & Family Spirituality Travel
Add to playlist
New playlist