Your changes have been saved
All Audio Shock Waves 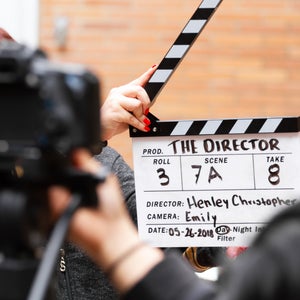 9 Film Genre Podcasts That Break the Fourth Wall
29:14 9/28/20 9 audios
Up Next
Full Description
Back to Top
For this special live episode, your hosts Rob Galluzzo, Rebekah McKendry, Elric Kane, and Ryan Turek are tuning in remotely for the first "virtual" Chattanooga Film Festival! And they're discussing franchises! Because let's face it, these days, ya gotta have a sequel! We're going to delve into each hosts personal favorite franchise, best overall run, best continuity, most bonkers franchise, post-2010 horror film we wish turned into a franchise and much, much more.
Transcripts
Back to Top
What is your favorite of those? Just before we move on yours? This Halloween of those. What is it? Of those in front of the 13th? Okay. No, I've always said Halloween. Halloween is a better film, but, you know, in terms of consistent, you know, consistent Sequels. Yeah, it's not, You know, I can't watch like Halloween five. Not necessarily something I reached Thio. Halloween six is always a curiosity that I need to remind myself, Boy, they made some really wild decisions. But Friday the 13th in terms of franchise consistently pleases May. Yeah, and Becca. I'm going to guess his nightmare nightmare. And Jason lives. Yeah. Good, uh, nightmares. My favorite franchise. Because I just a group of Freddie guy. But I do agree with that. I think Friday 13th is the most consistent franchise ever. E come into those the most myself. Like every Halloween. They're just think about them. They're watchable. Comfort, fast food. You know what you're getting every time. Nightmares. My world, too. I'm with you. Rub. It's like it's like nightmare. And Freddie's my world, but it's easier to watch the friend. Yeah, I only love maybe two, maybe three of the nightmare movies like Love. I don't love that. I know what you mean. There's only two that are like, Yes, I want to see those over which ones? Which ones do you live in? Let's see if it crossed. Let's see if it's the same ones is mine. Yeah, it's one and three. And, um, and and over the years to is kind of snuck up is just a curious oddity. E. I don't I don't like I don't like four at all like I do 113 and new nightmare. I like new nightmare and concept. I just hate the way Freddie looks in it. I think he looks like a teenage me ninja turtle villain, and I can't It's not scary to me at all. If they made him his friend, he looks I mean, he looks like shredder, sort of. Plus, he keeps wearing the top hat like he's dressed like knew. What is it like you are Hulk, he's dressed like yeah, got like this, like hat and trenchcoat on. So yeah, like the thing when the things walking the streets of Manhattan or whatever from Fantastic four, all right, But we're not talking about those. We're not talking about that. They're not part of today's show. But if you came in part of a team, you got your fill. No, wait. I want you know what? Really quick. If we're going to talk about those, let really quickly the if of the top three. If there's only one that you watch and it could be the original, which one would you recommend? Because with Nightmare, I would actually say, if you've never seen a nightmare movie ever, four is the like, kind of definitive best off like If you've never seen nightmare move before, you watch Nightmare for your like e get it. This is what nightmare on Elm Street is. Characters. Freddy Blak Yeah, look, I love dream warriors, but that would be the most satisfying meal for someone Jumping in one is still my favorite movie. I look, I think, once you know, classic, uh, Halloween three. For sure, that's the one I most want to watch it for a year. I'll be honest franchises. Halloween three is the movie E, so Americans gets laid. It's good. No, you're talking about for the franchise that we like, the one that we were like
Up Next
Popular Playlists
Best Yoga Podcasts: Listen & Learn New Poses Sour Shoe's Greatest Moments on The Howard Stern Show Listen to: Top 15 Funniest Barack Obama Quotes 9 Game Design Podcasts Every Game Designer Needs to Hear 7 Podcast Episodes About The Golden State Killer That Will Keep You Up at Night David Parker Ray & Shocking Audio of the Toy Box Killer You Need to Hear Best UFO Podcasts That Will Abduct Your Mind Controversial Joe Rogan Experience Episodes Audio Wack Packer Beetlejuice Best Moments on The Howard Stern Show Best NoSleep Podcast Episodes To Terrify You Sexy ASMR Audio to Turn You On
Popular Categories
ASMR Business & Tech Cannabis Fashion & Beauty Gaming History Home & Garden Kids & Family Spirituality Travel
Add to playlist
New playlist