Your changes have been saved
All Audio Untitled Dice Game

From Audio: Department of Deliverance: Episode 26: Oh So Those Were Juveniles (Part 1)

Start Time: 07:42 End Time: 12:18
Two monsters get called for a job while watching television. No time to house hunt when there are monsters!
Category: Gaming
Publish Date: Jun 29, 2021
Snipped By:
Share 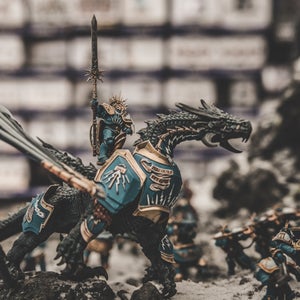 Best TTRPG Podcasts With LGBTQ+ Players
01:37:10 7/2/21 9 audios
Up Next
Full Description
Back to Top
When you're hunting a monster every week, there's no time for mundane business (unless you happen to be The Mundane). Some heroes may find it harder to find love or a family or even a normal life. These heroes find it hard to fit in an episode of House Hunters.
Transcripts
Back to Top
or you know the couple reveals what house they picked and Scully looks over Nina and says you know they're young. I bet they picked out that um mountain logs one. They should pick up the porky ranch. But I bet they picked up the mountain logs, its income opportunities. And uh Nina's face lights up and she's like no no no no no the expensive one, the one in the middle of nowhere. It's so good. It's I mean it's expensive but who cares? They've obviously got the money and she's having a good time for the first time. Maybe in a long time we see Nina's face smiling without any irony or maliciousness in it. She's having a good time. Like an actual good time for the first time in a long time as they are discussing this and having a playful argument, scali smiles as she noticed this and starts going uh So you think that they'll pick the cabin? Yeah. Yeah. Yeah. I mean obviously all the what Tyler needs to go, the paneling is just so bad. I know. I don't think it's nearly worth that much. Oh my God like almost a million. Is that $7? Canadian dollars, us Canadian dollars. What's this house hunters International honey. Okay but is it how much how many dollars is that american a lot. It's not worth that at all. But I'm wrong. I mean obviously it's gotta have good bones if it's if it's that expensive right? You know I think they might be looking to rent it out to some hikers because you know they're all about the passive income. I don't know how they can afford it because like one is an influencer and the other is like a skier. How so they have to be making up that somewhere. Well I don't really care. It's not like it's our money. And I think at that point where we get whatever the call is because I don't want to know which one they end up choosing were. Unfortunately, it is actually a knock at the door. Oh no, sweet. I think Nina actually jumps up to get it now. Let me get it. And so you both advanced towards the door and we have this moment of them like struggling over who's getting there first and it's part of the whole playful and doing like a dance. Yeah, yeah, yeah, it's playful and cute. The door swings open and there stands agent Andrew, Fitzgerald less gone to that. He was the last time we saw him. He's a little bit better filled out. He's got, his smile looks awkward and he looks a little bit nervous and he says, um I know this is not uh at all a part of procedure, but I had to come and Well one thank you personally. Um for your actions and Alton spend, I don't know if you were fully aware that I was among those who you rest. It is truly a pleasure to be working with you now in this capacity. But the big reason that I came here is I needed to talk to you MS Kozlow. He turns towards Nina and says, I know that you quit the agency, but I believe that that was because of how you saw through what uh Agent Chip Blakeslee was doing. The man was not only reckless. Um He's uh he's currently missing in action. There's a mission that I want you to to go on. Um Let me go to the beginning in 1992. There was a strong signal that emerged from Canada. And what few records we've managed to dig up on Agent Blakeslee. I'm saying too much. We know he led a team of hunters to Canada in 92 and in talking to them, they said they were going to stop something that could step between dimensions, but we're not sure what that means. Um, Blakeslee reported that the department team was beaten to the goal by a british uh, segment from the burning branch. I believe they were called. Uh, They claimed to have captured a number of juveniles, but we have no evidence of the creatures and no pictures of them. That same signal just went out again and we'd like you to go check it out. Oh, is that householders?
Up Next
Popular Playlists
Best Yoga Podcasts: Listen & Learn New Poses Sour Shoe's Greatest Moments on The Howard Stern Show Listen to: Top 15 Funniest Barack Obama Quotes 9 Game Design Podcasts Every Game Designer Needs to Hear 7 Podcast Episodes About The Golden State Killer That Will Keep You Up at Night David Parker Ray & Shocking Audio of the Toy Box Killer You Need to Hear Best UFO Podcasts That Will Abduct Your Mind Controversial Joe Rogan Experience Episodes Audio Wack Packer Beetlejuice Best Moments on The Howard Stern Show Best NoSleep Podcast Episodes To Terrify You Sexy ASMR Audio to Turn You On
Popular Categories
ASMR Business & Tech Cannabis Fashion & Beauty Gaming History Home & Garden Kids & Family Spirituality Travel
Add to playlist
New playlist