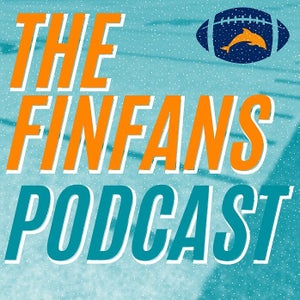 How Can The Miami Dolphins Win Sunday?

From Audio: How Can The Miami Dolphins Win Sunday? We Have The Formula!

Share
station description Welcome to The Finfans Podcast. A Podcast where we talk all things Miami Dolphins r... read more 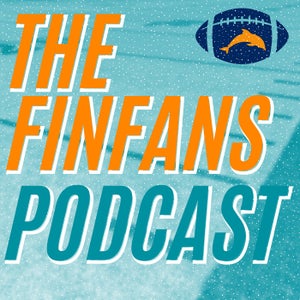 The Finfans Podcast - Miami Dolphins
Tagged in this Audio:
More
Jump to Full Description Transcript
Playlists that How Can The Miami Dolphins Win Sunday? appears on.

There are currently no playlists containing this audio.
Add this audio track to one of your playlists
Add to Playlist
Up Next
Full Description
Back to Top
A few matchups that may favor Miami
Transcripts
Back to Top
take down hopefully the Bills break down a lot faster than we do hopefully. Yes. So what do we got? So if we're looking at the dolphins offense okay against the Bills defense. Okay. I would assume. And this is just an assumption on my part, but I would assume we're probably gonna put three receivers out there seeing as we're getting fuller back. Mhm. If we do that, I kind of like the way we actually match up with their cornerbacks. Okay. You know, you've got Devante Parker who uh would probably be, you know, covered by white right? You agree with that trade? Devious. Yeah, I would think so. I mean, you know, that that seems like, I don't I mean he's left side. Yeah. Park parker's usually lined up on the right side. Absolutely, yeah, why it'll be covering him and then um you've got Wallace and uh he'd probably cover Fuller, yep. And johnson would cover washable, right? Tehran assuming those are your three receivers out there, right? I kind of like our matchup there. I mean, I mean obviously Davonte is gonna, you know, have a tough battle on his hands, but we know what they can do and I think he'll get his share. Um and on the other side, how are they going to contend with that speed now they've got, you know, hide the safety who's pretty good. Um you know, he's been a good player for a few years. So, you know. Yeah, yeah, yeah, you have to concern yourself with him, but I, but I still think we have a little bit of an advantage there now running the ball. I don't think we have an advantage. I like their linebackers. I had hoped that the Dolphins drafted Edmonds and they didn't, I had hoped they drafted at Oliver. You know the defensive lineman at the Bills have and they didn't. Uh Oliver's coming into his own, he's playing better lately. Uh Now Edmonds has a little bit to go, but he's not bad and Milano is good at the other side. Solana is very good. I mean he's a little banged up right now, but I'm sure he'll be out there. He'll be out there. Yes.
Up Next
Popular Playlists
Best Yoga Podcasts: Listen & Learn New Poses Sour Shoe's Greatest Moments on The Howard Stern Show Listen to: Top 15 Funniest Barack Obama Quotes 9 Game Design Podcasts Every Game Designer Needs to Hear 7 Podcast Episodes About The Golden State Killer That Will Keep You Up at Night David Parker Ray & Shocking Audio of the Toy Box Killer You Need to Hear Best UFO Podcasts That Will Abduct Your Mind Controversial Joe Rogan Experience Episodes Audio Wack Packer Beetlejuice Best Moments on The Howard Stern Show Best NoSleep Podcast Episodes To Terrify You Sexy ASMR Audio to Turn You On
Popular Categories
ASMR Business & Tech Cannabis Fashion & Beauty Gaming History Home & Garden Kids & Family Spirituality Travel
Add to playlist
New playlist