How to use Unused Hotel Rooms as Giveaways with John Renken 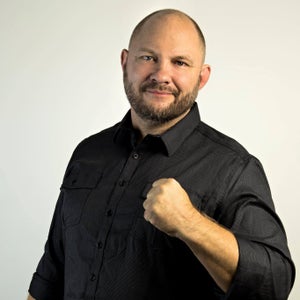 25:46
Play Audio
Add to Playlist
Share Report
How can you give away products that are unused by other people and actually ask for a donation at the same time? Travis talks with John Renken, who discovered an adventure in the travel industry. Helping people travel, while raising money for charity.  John is a former United States Army Ranger, for
Category: Non-profit
Publish Date: Sep 14, 2021
Tagged in this Audio:
More
education business podcasts how-to
Jump to Full Description
Snippets are a new way to share audio!
You can clip a small part of any file to share, add to playlist, and transcribe automatically. Just click the to create your snippet!
Top Snippets - How to use Unused Hotel Rooms as Giveaways with John Renken

There are currently no snippets from How to use Unused Hotel Rooms as Giveaways with John Renken.
Snippets are an easy way to highlight your favorite soundbite from any piece of audio and share with friends, or make a trailer for Nonprofit Architect Podcast
Create a Snippet
Found on these Playlists
Full Description
Back to Top
How can you give away products that are unused by other people and actually ask for a donation at the same time? Travis talks with John Renken, who discovered an adventure in the travel industry. Helping people travel, while raising money for charity.  John is a former United States Army Ranger, former professional MMA fighter, the founder of several churches, and he is also a successful entrepreneur with a proven track record of leadership and sales.  Conversation Highlights:  {00:58} Introduction of Guest {02:53} Having an invitation to act  {10:00} When you’re not running a nonprofit or employed by the nonprofit.  {13:18} How to connect people with the mission in a way that sense to them {17:32} The steps you need to take to get involved   {23:11} New cool things coming down the line Remarkable quotes:  This is your invitation to take action because knowing is only half the battle.  I just did what we always do in the army, which was I just did some black backward planning.  It's not just value for the organization, it's value for the donor as well.  The Super basic bare-bones way to really host an event and get some money flowing in.  Sales isn't a dirty word.  If it's the same environment It's not stimulating, it's not engaging the dog will lose interest, get bored, and you're not going to get the wins, meaning the opportunity to reward the animal for doing the thing you want.  Resources:  https://linktr.ee/TacticalTraveler  www.johnrenken.com/hello  https://www.facebook.com/JohnRenkenTacticalTraveler  https://www.instagram.com/tacticaltravler/  https://twitter.com/Tacticaltravler  https://www.youtube.com/c/TacticalTraveler   Bio: John Renken Over the past several decades, John Renken has fought for what he believes in and for he wants in all aspects of his life.  John is a former United States Army Ranger, former professional MMA fighter, the founder of several churches, and he is also a successful entrepreneur with a proven track record of leadership and sales.    A self-proclaimed “scrapper” since childhood, John has always faced life’s greatest challenges with passion and a desire to continually evolve as a leader. John has always been inspired by physical challenges and a strong competitive spirit, which first started at age 15.  This is when he began training in Martial Arts where he would later compete in 70 professional fights.     John growing up was not a Christian. In his teenage years he was introduced to witchcraft and eventually moved into Satanism. While in the Army John was introduced to Christianity by his squad leader and gave his life to Christ 2 days before leaving for Ranger School. In 1995 John made the decision to leave the Army and pursue a call to preaching. He graduated from Bible College in 2000 and he moved to Ft. Campbell, KY where he planted a church.    With over 60 pro fights in the early days of MMA John was a pioneer in Mixed Martial Arts. He won 6 World Titles, was voted the King of Leg Locks, and had the KO of the Year in the world in 2008. John was inducted into the MMA Hall of Fame. It was this background that allowed John to begin training Special Forces.        More recently, John found a new adventure in the travel industry. It has been the perfect mission for his talents and abilities that have made John successful so far.  Through all his adventures, John has been a “Tactical Traveler”; you will not find anyone better suited to lead you on your next personal vacation or business adventure that provides more time, more freedom and more of life's special moments.    “The biggest adventure you can ever take is to live the life of your dreams.” -John Renken    Nonprofit Architect Podcast Links     Website: http://nonprofitarchitect.org   Community: https://www.facebook.com/groups/NonprofitArchitect    Ultimate Podcast Guide https://www.fatfreecartpro.com/ecom/gb.php?&i=1698463&cl=377219&c=cart&ejc=2&custom=card Subscribe and leave a review https://podcasts.apple.co
Up Next
Add to playlist
New playlist