Share
station description Journey into the unanswered questions throughout history and time. We will be diggi... read more 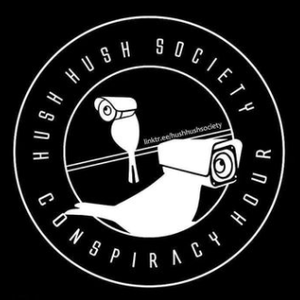 There are currently no playlists containing this audio.
Add this audio track to one of your playlists
Add to Playlist
Up Next
Full Description
Back to Top
The Hollow Earth is a concept proposing that the planet Earth is entirely hollow or contains a substantial interior space for Hush Hush Society Conspiracy Hour playlist
Transcripts
Back to Top
um And what we, what we are talking about here is the hollow Earth theory as promised in the previous episode. With Operation high jump, correct. Right. Yeah. Operation high jump led us to this new uh, subject matter. And uh boy is this subject matter very interesting. It is it is very interesting. And we're going to hear more about Admiral Byrd, I suspect here. And um well let's let's get into it. So the idea of hollow earth is just, that's just how it sounds, that the earth is well, in some ways hollow in other ways, uh, not completely hollow. So the idea is that there is another son, so to speak or another um heat source in the center of the earth, like we know, and we were taught through school that there is a core that is, it's got heat. Well, the idea of hollow earth is that you get so far deep and as far as I know, the furthest we were able to drill into the ground is what? Eight miles? Eight miles. Yeah, so for a little bit of context here. Uh It's interesting we're gonna get maybe into some of the sacred numerology and sacred numbers and what not to at a later date, but some of these numbers are pertinent here. Um As you and I have talked about in the past, the earth isn't an exact sphere, as we were also taught because of the rotation of the planet on its axis, that kind of bulges out a little bit in the middle right. But if you were to take the same surface area, but the planet has and you work to sculpt an exact size and an exact sphere, you would get 7920 miles of a diameter, which it's interesting. And sacred numerology again, we'll get we'll get to that at a later date possibly. But seven plus nine plus two is 18. 1 plus eight goes to nine. And if we have any followers out there that have listened to previous podcasts, especially the water podcast, you are up the breast with the importance of the number nine. But yeah, going into this hollow earth theory, maybe an easy way to visualize this in this sort of medium, a type of media that we use here, you know, radio slash podcast. If you if you think of the crust at the north pole and south Pole, this theory states that the crust acts like something akin to a chainsaw blade where come to the poor, right and the surface actually continues into the inner earth and wraps around. And if you're on a ship, you would never know that you had sailed into this chasm because of the gravitational pull keeping the waters attached to the crust of the planet, whether it be on the outer crust or the inner crest. So I don't know, I don't know if that kind of helps the visual relation of of this theory, but maybe it does a little bit with there being a cavity in the middle and then there being another exit point at the south pole. You know, like I said, kind of if you can imagine a chainsaw sort of the blades of the chainsaw kind of rotating on the inside and outside. I don't know if that helps. Well, I like to use the uh the comparison or you know there's a little there's little german dolls like one fits into another, you know what I mean? Like uh I forget there's a turn the Russian, the Russian the Russian dolls. Is that the Russians? Okay, Russian dolls? Yeah, they fit one into another. So if you were to take, you know, so many of them out and just put the little one inside and you know, so then you got a hollow earth. It's not 100% completely hollow, but I'm gonna bring us back a little bit further here because this isn't something that we hear about just recently. This isn't, this is an idea that just popped up from conspiracy theorists nowadays, this is something that was brought to uh, that was brought to light or brought to attention in the 16th century century. Yeah. So even the boot, the buddhist buddhism speaks of another world of was our garth to our gotha or yeah, the area was garth to, and then the capital city was speculated to be this was the, the idea behind the city of Shambhala right? Which is an inner world. It's an it's an inner world religion, yes. And they also believed that it was inhabited by an advanced race as well. Right. Matter of fact, the city of Shambhala was an inspiration for the mythical city, Shangri La, which housed, interestingly enough, what the Buddhists believe was the Fountain of Youth, interesting.
Up Next
Popular Playlists
Best Yoga Podcasts: Listen & Learn New Poses Sour Shoe's Greatest Moments on The Howard Stern Show Listen to: Top 15 Funniest Barack Obama Quotes 9 Game Design Podcasts Every Game Designer Needs to Hear 7 Podcast Episodes About The Golden State Killer That Will Keep You Up at Night David Parker Ray & Shocking Audio of the Toy Box Killer You Need to Hear Best UFO Podcasts That Will Abduct Your Mind Controversial Joe Rogan Experience Episodes Audio Wack Packer Beetlejuice Best Moments on The Howard Stern Show 12 Best Episodes of the NoSleep Podcast to Keep You Up at Night Sexy ASMR Audio to Turn You On
Popular Categories
ASMR Business & Tech Cannabis Fashion & Beauty Gaming History Home & Garden Kids & Family Spirituality Travel
Add to playlist
New playlist