Your changes have been saved
All Audio 99% Invisible

I can't wait to dive into this on my show...

From Audio: Judas and the Black Messiah, Episode 1: The Chairman

Share
station description Design is everywhere in our lives, perhaps most importantly in the places where we'... read more

station
Jump to Full Description Transcript
Playlists that I can't wait to dive into this on my show... appears on.
Share 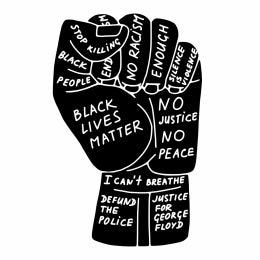 Melanin Be Poppin
08:09 2/18/21 2 audios
Up Next
Full Description
Back to Top
Understanding the hussle..
Transcripts
Back to Top
chairman and the Cubs heard that Nipsey Hustle was performing in Sacramento. Way had to constantly backstage packed house and Nipsey Hustle backstage e see him from a distance. So I see the necklace he has on. And at the time there was a big thing. You know, other artists in the changes they were wearing that Jesus pendant, Kanye West on and so forth. So that was my first thought when I've seen it, mind you, my ass, like getting the shaking around this time. So then I got a little closer. I said, Whoa, that's Malcolm X. Nipsey is postcard sized medallion depicted the golden sparkling Malcolm in his classic pose Index finger pressed to his cheek, contemplating it signaled to Chairman Junior that he wasn't talking to a typical rap superstar with typical taste in jewelry. Nipsey Hustle might be a fellow revolutionary, and I said, Are you familiar with Chairman Fred Hampton? And he's a chairman, Fred Hampton Jr. What type of man would I be if I know who Chairman Fred Hampton WAAS. Hi, I'm Elvis Mitchell, and this is the official podcast, the film Judas and the Black Messiah. Your mother liberated. You can't murder Liberation, your mother revolution and you can't murder revolution. Just a matter of freedom fighter. But you can't amount of freedom. E Remember this day? Oh, okay. Oh, okay. In this series, we're looking at the Black Messiah at the center of this film, The rial story of Fred Hampton. We're going to say after this block the animal locked up that you can jail revolutionary, But you can't deal a revolution, right? When I leave you remember I said it was the last words on my lips. I am a revolutionary chairman. Fred Hampton Let the Black Panther party in Illinois until his life was cut short in 1969. What made Hampton so special that he was anointed as a leader at such a young age and then targeted in a federal assassination will go behind the scenes with the film's creators, including director Shaka King and producer Ryan Coogler, who wrote and directed to 2018 blockbuster Black Panther. I'll talk to co stars Daniel Cholula, Keith Stanfield and Dominique Fishback. Also to real panthers who knew Chairman Fred, including his widow, a cool and Jerry and Chairman Fred Hampton Jr. Around here we just call him chairman. He was born three weeks after the assassination and has spent his life protecting his father's legacy. Chairman Junior was a cultural expert who consulted on Judas in the Black Messiah. He's gonna help set the record straight about the Chicago Panthers and chairman Fred Hampton senior In the film, we first see Chairman seniors character when he's about 20 years old and moving at full speed. He's leading the Panthers Illinois chapter. He's also building Chicago's original Rainbow Coalition AH political alliance of poor Southern whites, Puerto Ricans and black youth activists. Chairman Fred Sr is a force, but in this episode we're first going to take a step back and look at how Fred Hampton became chairman. Fred Hampton's parents were from Louisiana. They moved north in the 19 forties, eventually settling in Maywood on Chicago's West Side. Chairman Fred was speaking about Is Coming up is growing up, you know. So I came from an okay situation with our situation and, you know, area. He grew up in Maywood
Up Next
Popular Playlists
Best Yoga Podcasts: Listen & Learn New Poses Sour Shoe's Greatest Moments on The Howard Stern Show Listen to: Top 15 Funniest Barack Obama Quotes 9 Game Design Podcasts Every Game Designer Needs to Hear 7 Podcast Episodes About The Golden State Killer That Will Keep You Up at Night David Parker Ray & Shocking Audio of the Toy Box Killer You Need to Hear Podcasts About UFO & Aliens That Will Abduct Your Mind Audio Cheat Sheet To The Sexy Liberal Podcast Network Controversial Joe Rogan Experience Episodes Audio Wack Packer Beetlejuice Best Moments on The Howard Stern Show 12 Best Episodes of the NoSleep Podcast to Keep You Up at Night
Popular Categories
ASMR Business & Tech Cannabis Fashion & Beauty Gaming History Home & Garden Kids & Family Spirituality Travel
Add to playlist
New playlist