A Quick, Liberating Quote That Can Change Your Mindset Right Now

Start Time: 08:31 End Time: 11:20
Michael Fall discusses a quote that really changed his mindset. That is, “Once you touch it, there’s nothing left to do.” Fall and the host of Insightful Conversations Podcast explore insights they’ve attained over the years.
Category: Spirituality
Upload Date: Jul 15, 2021
Snipped By:
Share
station description Vurbl Spirituality brings you the best audio to help you continue your spiritual jo... read more 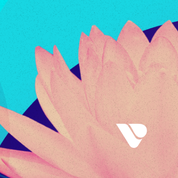 Vurbl: A Spiritual Journey Through Audio
Jump to Full Description Transcript
Playlists that A Quick, Liberating Quote That Can Change Your Mindset Right Now appears on.
Share 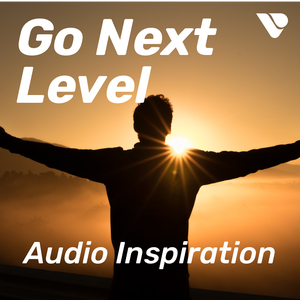 Go Next Level: Inspirational Audio Moments
40:22 10/27/20 10 audios
Up Next
Full Description
Back to Top
Michael Fall discusses a quote that really changed his mindset. That is, “Once you touch it, there’s nothing left to do.” Fall and the host of Insightful Conversations Podcast explore insights they’ve attained over the years.
Transcripts
Back to Top
I found this quote and as I said, it's it's basically uh you know, once you touch it there's nothing left to do. And that was so liberating. It was so freeing that they're actually not that there isn't stuff to do where there isn't an exploration there, But the tone of the exploration changed. It went from. I mean, I've been a secret man since I was 15, as long as I can remember, and that fell away. So any exploration that I was now doing sort of post 2017 was for the joy of it. And not because I was trying to do something, not because I was trying to get back to something. It was it was purely for purely in the allowance or my best effort at allowing whatever I had touched to become more and to have that happen organically. Yeah, I love what you're pointing to and I do you know, as I joke, I mean, I I had I saw something clearly um but but it wasn't as sort of profound or life changing as you described yours, but I often find that people get into this sort of, I had an insight where's the next one? You know, like there's this there's this sort of almost like not satisfaction with what you felt, it was just so profound. They want more and more and then you can get into that sort of sort of searching and acquiring and not being happy with just as much as what you saw being enough. I think you hit the nail on the head there. Del that Mhm. That for some reason, you know, you know, as we come back down to earth suddenly what we've experienced isn't enough anymore. I mean it's almost like a like a drug addict who gets a high and then the high goes away and then you're chasing the high again, you wanted to get back to that place and it's like you kind of forget that you didn't do anything to get to the place. Right, well how did that experience happened? I have no idea what were you doing? I wasn't doing anything, it just happened. And yet and yet we have this, it's almost innate that we chase after the feeling once we it's almost like there's a fear of losing it, so we chase it and that just kind of keeps it out here, you know? Yeah, So interesting. It is interesting. Yeah, because I'm I the way I feel about the principles quite honestly having chased and chased and chased for years was is this incredible feeling of like if this is as much as I see this is enough, it's life changing enough. So um but that doesn't mean I'm not open to to clearly, you know, having more experiences, but it was or rather is as you say, life changing
Up Next
Popular Playlists
Best Yoga Podcasts: Listen & Learn New Poses Sour Shoe's Greatest Moments on The Howard Stern Show Listen to: Top 15 Funniest Barack Obama Quotes 9 Game Design Podcasts Every Game Designer Needs to Hear 7 Podcast Episodes About The Golden State Killer That Will Keep You Up at Night David Parker Ray & Shocking Audio of the Toy Box Killer You Need to Hear Podcasts About UFO & Aliens That Will Abduct Your Mind Audio Cheat Sheet To The Sexy Liberal Podcast Network Controversial Joe Rogan Experience Episodes Audio Wack Packer Beetlejuice Best Moments on The Howard Stern Show 12 Best Episodes of the NoSleep Podcast to Keep You Up at Night
Popular Categories
ASMR Business & Tech Cannabis Fashion & Beauty Gaming History Home & Garden Kids & Family Spirituality Travel
Add to playlist
New playlist