Your changes have been saved
All Audio Irish Mythology Podcast

From Audio: The Passion of the Ogma

Share
station description Marcas and Stephie adapt and retell famous, and not so famous stories from Irish My... read more

Start Time: 37:47 End Time: 41:56
The mythological figure credited with creating the Irish language said he took the best bits out of the remains of the tower of babel
Category: Society & Culture
Upload Date: Feb 25, 2021
Snipped By:
Share 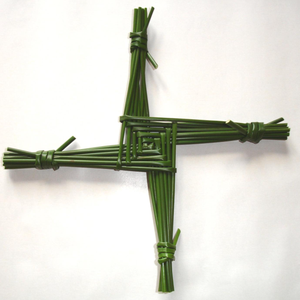 Bite Sized Mythology
10:41 2/23/21 7 audios
Up Next
Full Description
Back to Top
The mythological figure credited with creating the Irish language said he took the best bits out of the remains of the tower of babel
Transcripts
Back to Top
pro names, verbs, conjunctions and so on so forth. And it says that Irish was created under the direction of famous Haven't chosen what was the best in each language. Tohave an Irish. This claim that Irish is the perfect language wouldn't be the first nor the last bit of hyperbole from the pen of an Irishman. But the other language does have a poetry to it on. Do you know it's intertwined to our history and our landscape and myth on Do you know just also possibly a very clever metaphor encoded in the story of Famous for Assad on? Actually, we've been talking about his name, and I think it's even funnier that, you know, directly translates this Irishman the Farris E S. O. Does this metaphor. There's a metaphor of him creating the perfect language from the scattered remnants off the tribes of Babel. On it links back to something we're saying about, Um, I really like the fact that this is meant to be something that suggests that Irish is the best language because I can almost hear the screams of people listening to this podcast saying, How can you possibly suggest that a language which contains the official Ginger might be the perfect language I like. No, don't be scared. Petition's Gonna grant There are things far worse than on the Irish. Like other officials, there are other officials announced intentions. Come back to me when you're trying to learn those, then we'll talk. But anyway, the so called primitive Irish that is found on inscriptions is radically different from old Irish, which over talking in about three centuries, most of the evidence offered is limited to those inscriptions on those personal names and place names. But from that little evidence, it seems to be not all that different from the proto Celtic language spoken in continental Europe almost a millennium earlier on structurally, it seems like it wasn't hugely different to the other Indo European languages. Old Irish, however, has a very, very different syntax to other members of this language. Family on three centuries is actually quite unusually short passage of time for these changes to take place within it. In a paper called the Conversion on the transition from primitive Too Old Irish, the linguist John T. Cock explains his theory that changes in language over three centuries isn't sufficient to explain this shift, and instead what he proposes is that vernacular that was similar to Old Irish has been around a novel lot longer on that primitive Irish was a formal language on a language of learning. So when Christianity was introduced, it was replaced by Latin, allowing Old Irish to emerge as a literary language. So this is where the idea of a clever met for encoded in the story of Phinnaeus farce it comes in. Another linguist rankle Matosevic, takes this further in a paper called the Sub stratum in insular Celtic, the main insular Celtic languages being Irish, Welsh, Scots Kalac, Andi Manx. So he argues that the significant differences between primitive Irish primitive welch on the one hand and old Irish and old Welsh on the other can be attributed to pre Indo European sub stratum now. So Indo European languages include most of the languages spoken in Europe today. No notable exceptions. Air, Basque, Hungarian and Finnish on DSA abstract, um, are elements of one language that influences another. In this case, we're talking about the influence off the pre Indo European and non Celtic languages that were spoken in Ireland prior to the Iron Age Matosevic presents as evidence a large number of words in old Irish with no Indo European Entomology on. While old Welsh also has many loan words off, you know, pre Indo European atom ology. Most of them are shared between the two, so they would have been adopted after the Celtics speakers arrived in Ireland and Britain, respectively. Old.
Up Next
Popular Playlists
Best Yoga Podcasts: Listen & Learn New Poses Sour Shoe's Greatest Moments on The Howard Stern Show Listen to: Top 15 Funniest Barack Obama Quotes 9 Game Design Podcasts Every Game Designer Needs to Hear 7 Podcast Episodes About The Golden State Killer That Will Keep You Up at Night David Parker Ray & Shocking Audio of the Toy Box Killer You Need to Hear Podcasts About UFO & Aliens That Will Abduct Your Mind Audio Cheat Sheet To The Sexy Liberal Podcast Network Controversial Joe Rogan Experience Episodes Audio Wack Packer Beetlejuice Best Moments on The Howard Stern Show 12 Best Episodes of the NoSleep Podcast to Keep You Up at Night
Popular Categories
ASMR Business & Tech Cannabis Fashion & Beauty Gaming History Home & Garden Kids & Family Spirituality Travel
Add to playlist
New playlist