Your changes have been saved
All Audio ‎Breaking Average

Start Time: 05:39 End Time: 09:16
Here's why you need to understand your birthright and how you were designed. Find out if being in the middle of the pack is your destiny.
Category: Other Audio
Publish Date: Mar 04, 2021
Snipped By:
Share 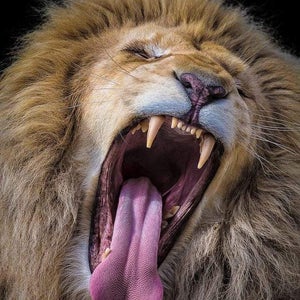 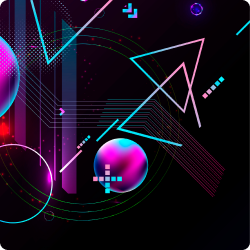 Empowering Snippets
21:35 3/3/21 5 audios
Up Next
Full Description
Back to Top
Here's why you need to understand your birthright and how you were designed. Find out if being in the middle of the pack is your destiny.
Transcripts
Back to Top
most of us are programmed to accept average. We're actually, that becomes the target. We're, you know, we're to go to, you know, go through high school graduate were to go to college where to get, you know, that, that that job that we're going to stay in for 40 for 40 plus years, you know, work 40 the 40 40 planned 40 hours a week, 40 years. And so most of us are programmed that the average is an acceptable result. And you know, it's not if we truly understand our birthright and we truly understand how we were designed and whose we were, we were never designed for average. You know, we were never designed to be in the middle of the pack of anything. Yeah, it's so true, right? And how often do we settle for that average? So is there a story that comes to mind for you when you think about breaking average, maybe your own life for somebody else that inspired you with breaking average? I think what one for me goes back to when I was in the commercial cleaning days. Uh, you know, I was, I was looking to do what everybody else was doing. Uh, and, and then of course creating the same results that everybody else had. And it was, it was a mentor, Patrick Hayes who challenged me of with the question of what would it look like if you were to do something different within the cleaning business? I was stuck in kind of just doing night time janitorial work and there was lots of profit centers that I could have stepped into, But you know, I had the blinders on that, you know, we were just, we were just a commercial cleaning company and he invited me into the consideration of what if we just want your average commercial cleaning company? What if we were the cleaning company? That was one solution that you could get your carpets cleaned, you can get your tile published that you could get your windows clean, your pressure clean. What if you what if you saw yourself different, what if you didn't make agreement? And I think that that was probably the first time that I recognized that I had that I had made an agreement with average and had settled for average And had somebody not been an awakening in my life call? I don't know that I would have broken out and you know, set up 10 different profit centers that took me from $125,000 a year to well over $2 million dollars a year in gross revenue. And I think that was probably one example of where breaking average really came through in my life. Yeah, that's fantastic. And then since then, so once you started pushing that that envelope a little bit, I mean tell us a little bit about the fear side of it, like, okay, I'm gonna break average here. But was their fear? Was there doubt was there may be confusion. What allowed you to kind of step through that fear? I think for a lot of people, uh fear is secondary. I think fear is a secondary emotion. I think the first emotion is probably self judgment and happens stuff doubt. You know, can I do it? The big thing for me, paul was as I realized, oh my goodness, if I had if I had defaulted to average so much in this one area of my life, where else was I? And I began to realize, oh my goodness, all we do is mass produce average. You know, we don't have, you know, it's the jim Collins good degree, right? We don't have great things because we have good things. We've fallen, we create average. And I began to look at my life and I had average relationships. I had an average relationship with God, I had an average relationship with my family, you know, I I you know, I had settled for so much less then. I was capable of while claiming I wanted so much more than I probably really wanted.
Up Next
Popular Playlists
Best Yoga Podcasts: Listen & Learn New Poses Sour Shoe's Greatest Moments on The Howard Stern Show Listen to: Top 15 Funniest Barack Obama Quotes 9 Game Design Podcasts Every Game Designer Needs to Hear 7 Podcast Episodes About The Golden State Killer That Will Keep You Up at Night David Parker Ray & Shocking Audio of the Toy Box Killer You Need to Hear Best UFO Podcasts That Will Abduct Your Mind Controversial Joe Rogan Experience Episodes Audio Wack Packer Beetlejuice Best Moments on The Howard Stern Show Best NoSleep Podcast Episodes To Terrify You Sexy ASMR Audio to Turn You On
Popular Categories
ASMR Business & Tech Cannabis Fashion & Beauty Gaming History Home & Garden Kids & Family Spirituality Travel
Add to playlist
New playlist