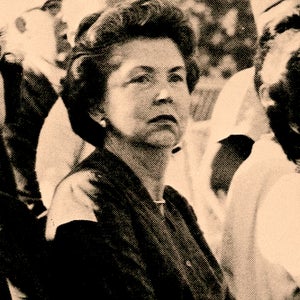 05:19
Play Audio
Add to Playlist
Share Report
It was inevitable – your dad was a Kingston Trio fan – your mom loved Mantovani. When you arrived home one Saturday, carrying your latest prized possession; a copy of She Loves You by The Beatles, war broke out.

Past Daily: Amazing Historical Concerts & News
Tagged in this Audio:
More
Jump to Full Description Transcript
Found on these Playlists
Full Description
Back to Top
It was inevitable – your dad was a Kingston Trio fan – your mom loved Mantovani. When you arrived home one Saturday, carrying your latest prized possession; a copy of She Loves You by The Beatles, war broke out.

Ground Zero was the family hi-fi – the 8 foot mahogany Magnavox Stereo Credenza Console with AM-FM Stereo radio and speakers you could get lost in was site of the initial skirmish.

You took great pains to make sure your first of what would be an almost endless series of Fab-Four purchases would get a place of honor in the record collection – it was the family room after all.

Somewhere after Ringo’s intro the screaming started. No, it wasn’t your friends wails of ecstasy, it was your mom, bellowing somewhere from the back porch to “TURN THAT CRAP OFF!”

At first you’re offended, more shocked than anything else. How could you not like The Beatles, or The Kinks, or Them or Billy J. Kramer & The Dakotas or The Dave Clark Five (you drew the line at the DC5 just on principle)?

Easy – your mom points out, in no uncertain terms, that what you are listening to is NOT music – it has notes – it has singing – but it isn’t music, and it’s not going to be living on the family stereo.

And at that moment, World War Three breaks out. And it would last until you got your own stereo and the comparative safety of your sanctum sanctorum; your bedroom – the room that would soon turn into a shrine to John, Paul, George and Ringo and just about everyone else with a British accent and electric guitar who were taking up every spare second on your radio.

And all of a sudden you became the object of your parents conversations that started with “where did we go wrong?”

Welcome to your world.
Transcripts
Back to Top
all expenses paid. If the Beatles are there to enter, just send a self addressed stamped envelope to Beatles blast. Hey Arbella Pasadena, it comes to number four Children. Los Angeles last week, Number five by the Four seasons. Mhm. Mhm I know the bases. You'll say nothing what the future would be with. Mhm. Last week, # five this week, number 44 seasons climb back up again on our top 30 with record bounces up and down the Kr relate top three. Oh, it's for you at 19 minutes before six o'clock Kr relate. Big time on the original beetle station for Los Angeles. There's never been anything like the spectacular grand opening of the big, beautiful Crown discount department store in Gardena. The celebration is going on now in the santa ana store as well. Over 200,000 items covering every family needs incredibly discounted for this gala event Mitchell freshwater spinning reels, just 8 88 bananas, Lead us tomatoes five cents a pound 24 months night on two wheels, tires for 9 87 Proctor, Steam and dry iron for 5 97 Get records nine cents seamless full fashion nylons, 38 cents a pair. Similar savings in all 53 departments covering everything from groceries, cleaning house wares, appliances, stereo and TV furniture, garden supplies, sporting goods. Make Crown, you're one stop shopping center to don't miss the gala opening this weekend. That crown discount stores in santa ana Harbor at Warner in Gardena on Western, just north of Rose grants, shopping at Crown is like getting a raise in pay. Mm Thanks.
Up Next
Add to playlist
New playlist