It’s February 1974 – You’re A Teenager – You Live In L.A. – You Have Made Important Discoveries: The Jacuzzi And Flo & Eddie

From Audio: It’s February 1974 – You’re A Teenager – You Live In L.A. – You Have Made Important Discoveries: The Jaccuzi And Flo & Eddie 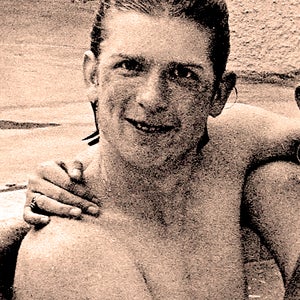 It’s been a mantra from your friends ever since you met her.

She likes you. She made the first moves on you. Her girlfriends like you – even her parents l
Category: Society & Culture
Publish Date: Mar 20, 2021
Snipped By:
Share
station description Past Daily: News, History, Music And An Enormous Sound Archive.

It’s been a mantra from your friends ever since you met her.

She likes you. She made the first moves on you. Her girlfriends like you – even her parents like you.

She lives at Mt. Olympus in the Hollywood Hills – on good days you can see to the next century, or at least Century City. Her parents have a Jacuzzi and a hot tub. They’re leaving town and heading to Las Vegas for the weekend. She wants you to come over and “hang out in the jacooz”. Your head explodes. It’s a dream – it’s a trick. How did you work this?

Your mind runs through every failed relationship you’ve had since first grade. Never-ever has anyone been interested in you without you falling over yourself to get them to notice. Women have been looking past you and not at you for years. It’s flattering and feels pretty good, but it feels strange at the same time. You keep looking at yourself in the mirror, trying to figure out what happened. You don’t notice anything different – your voice has kind of changed, but it’s you – the same you that’s been stumbling through life since Day One. Only now someone notices.

So you spend the better part of Saturday “getting ready”. You have a two-week supply of condoms stashed in your glove compartment and you’ve gone through at least six different changes of clothes looking for the right combination. You have imaginary conversations and moves going on in your head. Like your friends kept telling you “don’t blow it”. You’re starting to get excited.

You’re a block away from her place and you notice there are a lot of cars parked along the narrow road. It’s Saturday night and it IS party night for a lot of people.

It’s when you finally get to her front door and open it that you realize “hanging out in the jacooz” means you, her and 200 other people, crammed into a steaming, bubbling pool of beer-scented water in the overflowing Jacuzzi, passing joints back and forth, mostly laughing.

At least there’s Flo & Eddie on your radio as you drive back home. Music’s not gonna let you down.

Here’s 90 + minutes of Flo & Eddie, along with Jimmy Rabbit and Shadoe Stevens during the first incarnation of KROQ (AM & FM) in 1974. Thanks to Rob Frankel for the aircheck.

Transcripts
Back to Top
That's it. Listen, the rocks of Los Angeles are presenting for the first time or maybe the last time flowing. Any show, Part two? Yeah. And listen, what are we doing? Well, we're gonna play a little my room. Akiba know Miriam again, Not even Myron. We promise on the ads. As we said over the week, they've been playing numerous amount of spots that we've made here. And it was a ship. You heard. That's going down right now. What we hold up was for that mark your heart. What I was saying exactly was this at this point in the show, I should tell you that this is flowing, Eddie, and you haven't really got You haven't totally rose. Now we're rolling. We're getting just warming up. Starting. It's only 9 21 in Los Angeles at 1500 a. M. And one of 6.7 FM. That's good. Isn't to do every once in a while. Sure, you keep them on. Yeah. I want to thank all the people that called out there who have been calling in. That's my Aunt Maggie. That's always nice. And Maggie call. We haven't seen her in a long time. I expect. I thought she'd passed Dan and Diane, and then we'd like to say hello to all of them. We'd also like to suggest that if you can get the the address of K Rock out of the phone book, it's really easy, right? I mean, you don't mind getting a little Mac email, you send it in brown envelopes picture we can get. Here's the idea. We thought that we would get a picture of everybody who listens to K Rock and put it up on the wall in the studio. So all the disc jockeys will think they're working to a real audience. There's such a big difference. I cover the whole We're appealing, especially to those people that went to high school with us and the Centurion and the Spartan classes. That's just a high high. We'd like to send out a special hello to, uh, June Gerber and Fred Tanner, who probably would like to set the way by now. Hi, Linda, who never did go down. Listen, this is a new idea, and we aren't sure if it's gonna work. It's gonna I'm having a good time. You're having a good time. You're having a good time. We're going to ask some questions. You have a question. Is it time for a contact? Is it time for content? Oh, let's have a contest in the commercial. Okay, commercial first. This is professional. This is really something. We're gonna have a contest. Wait a minute. Okay. Okay. Ladies and gentlemen, football. Foothill Free Clinic. No, I would start with that start February 6. No, I would start with that. If you're a doctor, want here one night a week, You can help the Foothill Free Clinic. Where is where is that? That's in Pasadena. We need your support. Carlos said 7958 Oh, 88 This Friday, Quicksilver Delaney, Bramlett and Skyhook reopened LA's oldest and finest, the Embassy concert hall at Ninth and Grand. Throughout its 50 year history, the embassy's drawn praise from artists around the world for its acoustic perfection, elegant atmosphere and stained glass dome surroundings. And now this Friday, quick silver. 15 minutes from anywhere in Los Angeles. Just take the Ninth Street Convention Center exit off the Harbor freeway. All tickets. $5.2000 choice seats. Only tickets available to ticket around Liberty Mutual or the Embassy box office the night of the show with quicksilver to Lady Brabourne Skyhook. This Friday, 7 15 and every Friday night at the Embassy Concert Hall, Ninth and Grand in L. A. You'll glide down the marble staircase to the lower level ballroom for dancing food and drink from midnight to two AM presented by Joy Productions. We're going to have a contest. We're going to have a A. We're going to have a contest. We're going to have a A. We're going to have a contest, a contest. We're going to have a contest. A contest for everyone's a winner. We may take you out to dinner. We're going A. We're going to have a everyone's a winner. We may take you out to dinner a contest. We're going to have a Everyone's a winner. We may take you out to dinner way. Okay, we got a hot contest for all you kicked out there. It's not going to be a dinner, though. It's going to be for a Flo and Eddie Polish bowling shirt. That's not to offend any particular minority or anything. No, no, no. I mean, if you're down on someone, I want you to let this out, man. Like Dr Yana. Hello and let you have a question. Yes, Howard here has a question and he's going to give the question. You're going to call in with the answer. And the first person with the answer is going to win, right? What are they gonna win again? Flowing Eddie shirt. And what is that number again? It's, um what's the number here? 681 Oh, 447 and then Mendocino. That's 441 area code 788 with a one first. And so here's the question. The official Give them the question. The official to what? To what song do the lyrics Walk, walk, walk, walk, Go to good. Good that you should repeat that. This is for the This is for the people in Malibu who's reception isn't so strong. We like to. And the sort of 0.1 slow guys. Okay, here it is. Walk, walk, walk If you can tell me what song That's it. Ladies! Gentlemen, you'll win 681 Oh, Maddy, Flo and Eddie Flowing Eddie floor ready. And do all the planes that you want me to with Is there no change? Wait
Up Next
Add to playlist
New playlist