Your changes have been saved
All Audio Good Life Project 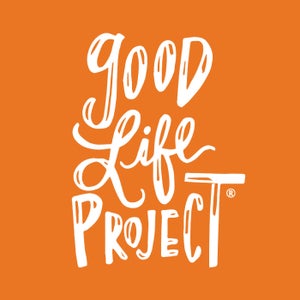 Share
station description What does it mean to live a good life? What's the role of happiness, meaning, work,... read more

Joanne Molinaro was deep into her career as a full-time attorney when she started blogging as The Korean Vegan, a nod to both her heritage and her curiosity about reimagining the cuisine she grew up on. She soon after launched a TikTok account that exploded and, along with her other platforms, boast
Category: Educational
Publish Date: Oct 11, 2021
Tagged in this Audio:
More
Jump to Full Description
Snippets are a new way to share audio!
You can clip a small part of any file to share, add to playlist, and transcribe automatically. Just click the to create your snippet!
Snippets: Clips of Joanne Lee Molinaro | Bridging Worlds Through Story that people like

There are currently no playlists containing this audio.
Add this audio track to one of your playlists
Add to Playlist
Up Next
Full Description
Back to Top
Joanne Molinaro was deep into her career as a full-time attorney when she started blogging as The Korean Vegan, a nod to both her heritage and her curiosity about reimagining the cuisine she grew up on. She soon after launched a TikTok account that exploded and, along with her other platforms, boasts over 3.5 million fans. She’s appeared on The Food Network and Al Jazeera English, been featured in the Los Angeles Times, The Washington Post, The Atlantic, NPR, and CNN, and has just released her debut cookbook + memoir, The Korean Vegan Cookbook.A Korean American woman, born in Chicago, Joanne’s parents were both born in what is now known as North Korea. Their harrowing journey to the states led them to settle in Chicago. From her earliest days, she was deeply aware of inequity and felt an empathic call to advocacy, along with the impulse to help guide people through a process of change. That led her into the law, which remained her central devotion, literally, until the day before we recorded this conversation. Her TikTok (@thekoreanvegan), was started largely as a coping mechanism for the isolation caused by the global pandemic. She began posting content related to politics and life as a lawyer during quarantine. However, after a single post of her making Korean braised potatoes for dinner (while her husband taught a piano lesson in the background) went viral, Joanne shifted her attention to producing 60-second recipe videos while telling stories about her life, family, and the state of the world. She discovered an entirely new channel for advocacy and artistry in this most unusual place, one that both allows millions of people to see themselves in the stories, cultures, and yes, food, of others, and also serves as a powerful mechanism to advocate for inclusivity and change.You can find Joanne at: Website | InstagramIf you LOVED this episode:You’ll also love the conversations we had with MILCK about creativity, music, carving your own path and representation.My new book SparkedCheck out our offerings & partners: Theragun: A deep muscle massage treatment, unlike anything you've ever felt. Feel better, move better, and recover faster with tension and soreness relief. Try Theragun for 30-days starting at only $199. Go to Therabody.com/GOODLIFE right now and get your Gen 4 Theragun today. Thumbtack: When you need to hire someone — a landscaper, a DJ, anyone — Thumbtack finds them for you for free. Get estimates right now from pros ready to do the job. Don’t put off those projects any longer. Download Thumbtack and start crossing off your to-do list today.See Privacy Policy at https://art19.com/privacy and California Privacy Notice at https://art19.com/privacy#do-not-sell-my-info.
Up Next
Popular Playlists
Best Yoga Podcasts: Listen & Learn New Poses Sour Shoe's Greatest Moments on The Howard Stern Show Listen to: Top 15 Funniest Barack Obama Quotes 9 Game Design Podcasts Every Game Designer Needs to Hear 7 Podcast Episodes About The Golden State Killer That Will Keep You Up at Night David Parker Ray & Shocking Audio of the Toy Box Killer You Need to Hear Best UFO Podcasts That Will Abduct Your Mind Controversial Joe Rogan Experience Episodes Audio Wack Packer Beetlejuice Best Moments on The Howard Stern Show Best NoSleep Podcast Episodes To Terrify You Sexy ASMR Audio to Turn You On
Popular Categories
ASMR Business & Tech Cannabis Fashion & Beauty Gaming History Home & Garden Kids & Family Spirituality Travel
Add to playlist
New playlist