Your changes have been saved
All Audio Birmingham Lit Fest Presents….
Episode 6 of 13 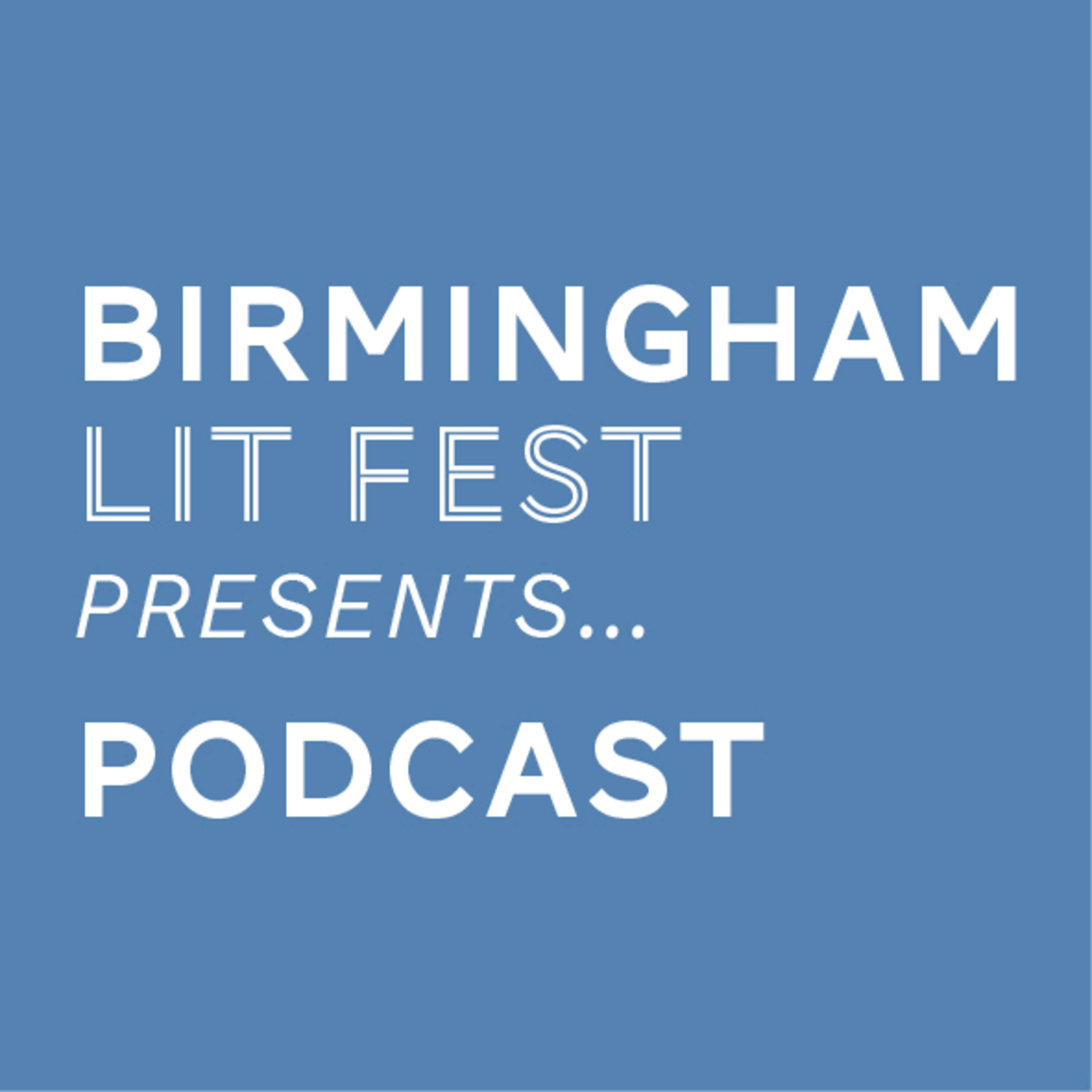 Episode 6: June, Roy McfarlaneIn this episode, poet Roy Mcfarlane reflects on the month of June as both a time of rest and reflection, thinking about the summer solstice and sunny days alongside the ongoing issue of racism in football and the Windrush scandal as we marked Windrush Day on the 22nd Ju
Category: Audiobooks & Stories
Upload Date: Jul 12, 2021
Jump to Full Description
Snippets are a new way to share audio!
You can clip a small part of any file to share, add to playlist, and transcribe automatically. Just click the to create your snippet!
Snippets: Clips of June, Roy Mcfarlane that people like

There are currently no snippets from June, Roy Mcfarlane.
Snippets are an easy way to highlight your favorite soundbite from any piece of audio and share with friends, or make a trailer for Birmingham Lit Fest Presents….
Create a Snippet
Playlists that June, Roy Mcfarlane appears on.

There are currently no playlists containing this audio.
Add this audio track to one of your playlists
Add to Playlist
Up Next
Full Description
Back to Top
Episode 6: June, Roy McfarlaneIn this episode, poet Roy Mcfarlane reflects on the month of June as both a time of rest and reflection, thinking about the summer solstice and sunny days alongside the ongoing issue of racism in football and the Windrush scandal as we marked Windrush Day on the 22nd June. The piece is read by Shantel Edwards.    Take a look at the rest of this year's digital programme on our website: https://www.birminghamliteraturefestival.org/.For more information on Writing West Midlands, visit https://writingwestmidlands.org/Follow the festival on Twitter, Instagram and Facebook @BhamLitFestCreditsCurator: Shantel Edwards (Festival director)Production: 11C/ Birmingham Podcast Studios for Writing West MidlandsTRANSCRIPT BLF Newsletter Podcast Transcript: Episode 6, Roy McfarlaneIntroWelcome to the Birmingham Lit Fest Presents…podcast and our new series of commissioned writing about 2021. Each month we are commissioning a new writer to reflect on the month that has passed, offering us moments of connection through great writing and the opportunity to reflect about what we have collectively experienced at the end of the year. We will be bringing you a new short episode at the start of each month, with each piece read by our guest writers. You can read the pieces on our website, where you will also find information about our upcoming digital events.ReadingHi, I’m Roy Mcfarlane and this is June’s Monthly Writers Blog for Birmingham Literature Festival.Try to praise the mutilated world. Remember June’s long days, and wild strawberries, drops of wine, the dew. -Adam Zagajewski, "Try to Praise the Mutilated World" June the month of strawberries and creams and the longest day of the year, 21st June, summer solstice day. Boris Johnson tried to bring an end to the mutilated world we’re living in, having visions of Freedom Day as if we were part of the cast of Independence Day, but with a Delta variant fighting back, celebrations had to be put on hold. Summer solstice day, solstice from the Latin word ‘sun standing still,’ the timing between planting and harvesting crops has been traditionally the time to relax. As writers we know of planting words, half written in a notebook, or a body of work in files; over the last few months I’ve been planting seeds in competitions, magazines, anthologies and commissioned work, seeing which will flourish, find their roots and blossom in the next collection. June will be the closest I’ll get to relaxing, and getting away from writing, online and social media interaction.During this month my walks along canals with herons, coots and a gang of seagulls chilling on telegraph wires, watching me walking through their neighbourhood has been exchanged for morning jogs along the sea front where the June sun gives iridescent blue seas and a convention of seagulls, bigger and bolder than the ones from Tipton who stride with swagger.But the writer in me can’t be quietened, I go into full rage in response to Priti Patel’s interview, encouraging football supporters to boo in response to England football players, both black and white, taking a knee in response to online racism, racism in the stands and the ongoing racism that leads to death. And yet Priti Patel’s response is no different to Donald Trump’s inciting aggressive response to Colin Kaepernick taking the knee. Also, it’s 5 years on from the Jo Cox murder, influenced by divisive, dividing words which inspired such a backlash in the lead to Brexit. Thank god for Windrush Day, 22nd June, acknowledging the impact and importance of migration to the making of Britain. The emblematic Empire Windrush signalling the arrival of Caribbean post-war migrants to Britain in 1948; a date in the British identity as paramount as 1066, Henry VIII and all his wives, and 1966 ‘They think it’s all over! It is now.’In Wolverhampton the unveiling of a blue plaque brought mixed emotions for many, as we acknowledged Paulette Wilson Windrush Campaigner ‘likkle but tallawah’ a reminder of how the government turned a Caribbean post-war migration dream of Windrush into an “illegal immigrants” of the state nightmare.  I’m reading Just Us by Claudia Rankine, the title taken from the wonderful stand-up comedian Richard Pryor; ‘you go down there looking for justice, that’s what you find just us.’ I guess in taking the knee, in Windrush celebrations, we are simply looking for a sun that will rise on all of us with the same warmth, same freedoms, a sun that shakes hand with the night and meets us back in the morning, alive and well.OutroThank you for listening to this week’s episode of the Birmingham Lit Fest presents…podcast. Follow us on
Up Next
Popular Playlists
Best Yoga Podcasts: Listen & Learn New Poses Sour Shoe's Greatest Moments on The Howard Stern Show Listen to: Top 15 Funniest Barack Obama Quotes 9 Game Design Podcasts Every Game Designer Needs to Hear 7 Podcast Episodes About The Golden State Killer That Will Keep You Up at Night David Parker Ray & Shocking Audio of the Toy Box Killer You Need to Hear Podcasts About UFO & Aliens That Will Abduct Your Mind Audio Cheat Sheet To The Sexy Liberal Podcast Network Controversial Joe Rogan Experience Episodes Audio Wack Packer Beetlejuice Best Moments on The Howard Stern Show 12 Best Episodes of the NoSleep Podcast to Keep You Up at Night
Popular Categories
ASMR Business & Tech Cannabis Fashion & Beauty Gaming History Home & Garden Kids & Family Spirituality Travel
Add to playlist
New playlist