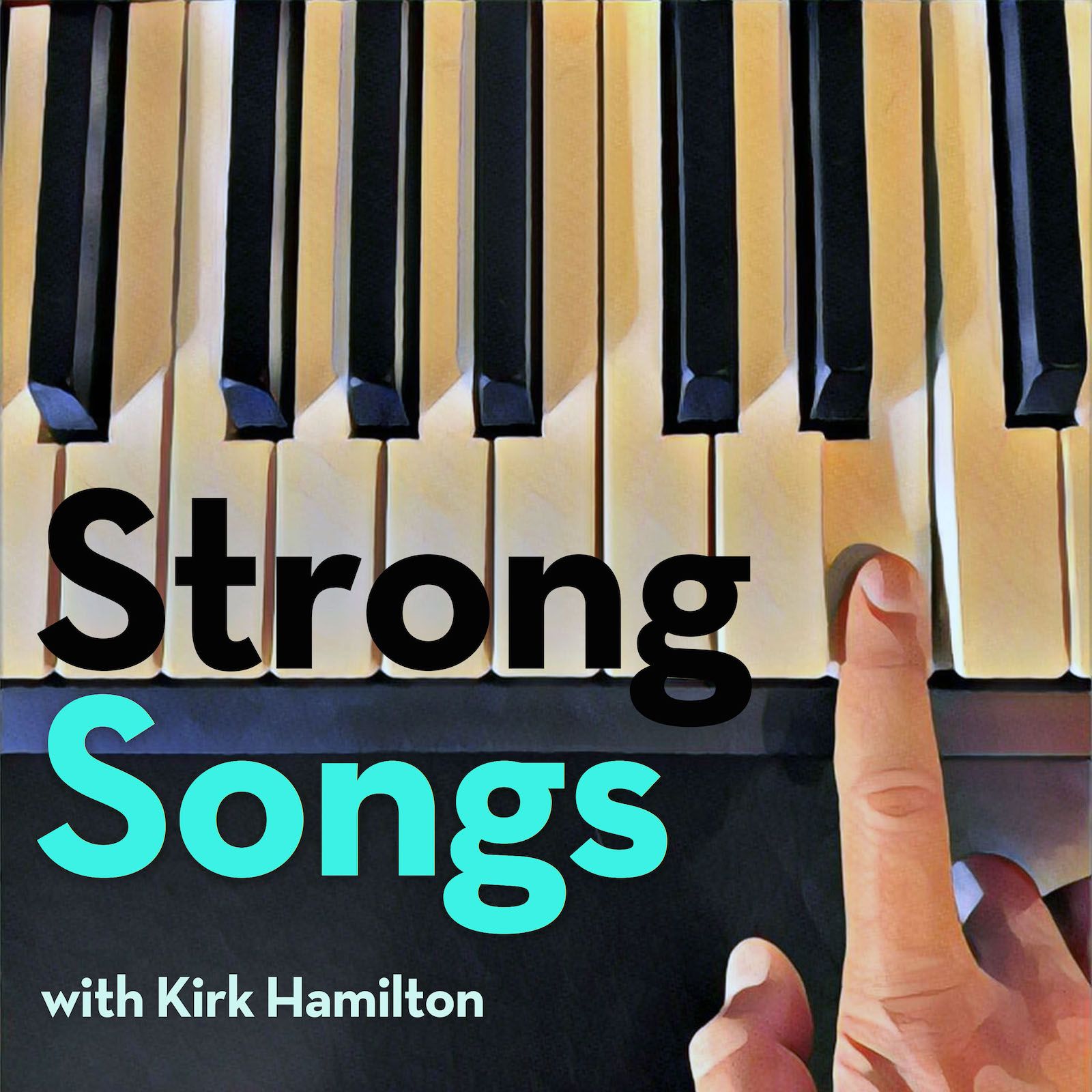 You don't have to be beautiful, rich, OR cool to appreciate Prince - you just need a little extra time, a pair of ears, and a pulse. It's finally time to talk about the Purple One on Strong Songs, specifically his 1986 chart-topper &quot;Kiss.&quot; How did a song that was originally written for a s
Category: Other Audio
Publish Date: Jun 24, 2020
Tagged in this Audio:
More
Jump to Full Description
Snippets are a new way to share audio!
You can clip a small part of any file to share, add to playlist, and transcribe automatically. Just click the to create your snippet!
Snippets: Clips of "Kiss" by Prince that people like

There are currently no snippets from "Kiss" by Prince.
Snippets are an easy way to highlight your favorite soundbite from any piece of audio and share with friends, or make a trailer for Strong Songs
Create a Snippet
Playlists that "Kiss" by Prince appears on.

There are currently no playlists containing this audio.
Add this audio track to one of your playlists
Add to Playlist
Up Next
Full Description
Back to Top
You don't have to be beautiful, rich, OR cool to appreciate Prince - you just need a little extra time, a pair of ears, and a pulse. It's finally time to talk about the Purple One on Strong Songs, specifically his 1986 chart-topper &quot;Kiss.&quot; How did a song that was originally written for a standard band become so stripped-down and distinct? Why do those vocal and guitar parts work so well? And who was responsible for some of the sounds and styles Prince was channeling when he recorded it? All that and more, on this episode. Artist: Prince Album: Parade (1986) Written by: Prince Listen/Buy: Apple Music | Amazon | Spotify ------ ALSO FEATURED: &quot;Papa’s Got A Brand New Bag&quot; by James Brown, 1965 &quot;I Got the Feelin'&quot; by James Brown, 1968 &quot;Say Man&quot; by Bo Diddley, 1959 &quot;Manic Monday&quot; by Prince (!) performed by The Bangles on Different Light, 1986 “Addicted to Love” by Robert Palmer from Riptide, 1985 “Rock Me Amadeus” by Falco from Falco 3, 1985 “West End Girls” by the Pet Shop Boys from Please, 1984 “Johnny B. Goode” by Chuck Berry, 1958 “St. Louis Blues” by W.C. Handy performed by Bessie Smith, 1929 “Make Me Feel” by Janelle Monae from Dirty Computer, 2018 A 2013 Sound on Sound interview with &quot;Kiss&quot; producer David Z: https://www.soundonsound.com/people/prince-kiss Update 6/24: A couple listeners pointed out that Prince actually *wrote* The Bangles' &quot;Manic Monday,&quot; which is too fun of a fun-fact not to mention on the episode. OUTRO SOLOIST: Sam Howard This episode's outro soloist is bassist Sam Howard. Sam lives in Nashville, TN, where he performs and tours with all kinds of artists. Sam played all the way through the Strong Songs outro, so keep an ear out for his playing mixed under the horns on the way out. You can find out what Sam's up to at his website, https://samhowardmusic.com. TRY YOUR OWN OUTRO SOLO You can download a solo-free version of the Strong Songs outro music to play around with, if you'd like. It's on Kirk's Soundcloud: https://soundcloud.com/kirkhamilton/strong-songs-outro-music-no-solo There's also a chart, here: https://drive.google.com/file/d/1nklRY_xAGon5ljriyxu45lKQ762W6Yv3/view?usp=sharing STRONG TWEETS You can now follow Strong Songs on Twitter at @StrongSongs. So, do that! http://twitter.com/strongsongs NOW ON SPOTIFY Strong Songs is now on Spotify! You can find the show here: https://open.spotify.com/show/5umVTiMQIg2bDpTZaHZqbI?si=mNYpIYq2TqaXSSeUv_JRdQ 'GRAM BY 'GRAM If you're interested in occasional music and Portland-related photos and videos, as well as teases for upcoming Strong Songs episodes, follow Kirk on Instagram @kirk_hamilton. https://www.instagram.com/kirk_hamilton/ NEWSLETTER/MAILING LIST Sign up for Kirk's mailing list to start getting monthly-ish newsletters with music recommendations, links, news, and extra thoughts on new Strong Songs episodes: https://kirkhamilton.substack.com/subscribe STRONG MERCH! Visit the Strong Songs merch store for some very cool t-shirts, mugs, totes, and more: store.strongsongspodcast.com STRONG PLAYLISTS Kirk has condensed his Strong Songs picks into a single new list, which you can find on Spotify, Apple Music, and thanks to listener L.B., it's now on Google Play. SUPPORT STRONG SONGS ON PATREON! Thank you to all of Strong Songs's Patreon patrons! You all make this show happen. For more information on how to become a patron, go here: https://Patreon.com/StrongSongs STRONG SONGS JUNE 2020 WHOLE-NOTE PATRONS AccessViolation Aidan Coughlan Andre Bremer Anne Britt Bill Rosinger CALEB ROTACH Chad Barnard Christer Lindqvist Craig J Covell Dan Apczynski Dave Florey David Zahm Doug Paton Erin Glenn Jeanneret Manning Family Four Kyle Starr Mark Schechter Matt Butler Merlin Mann Mickey Clark Narelle Horn Nathaniel Bauernfeind R Watson Robert Paul Ryan Torvik Sim…
Up Next
Add to playlist
New playlist