Your changes have been saved
All Audio Sangam Lit 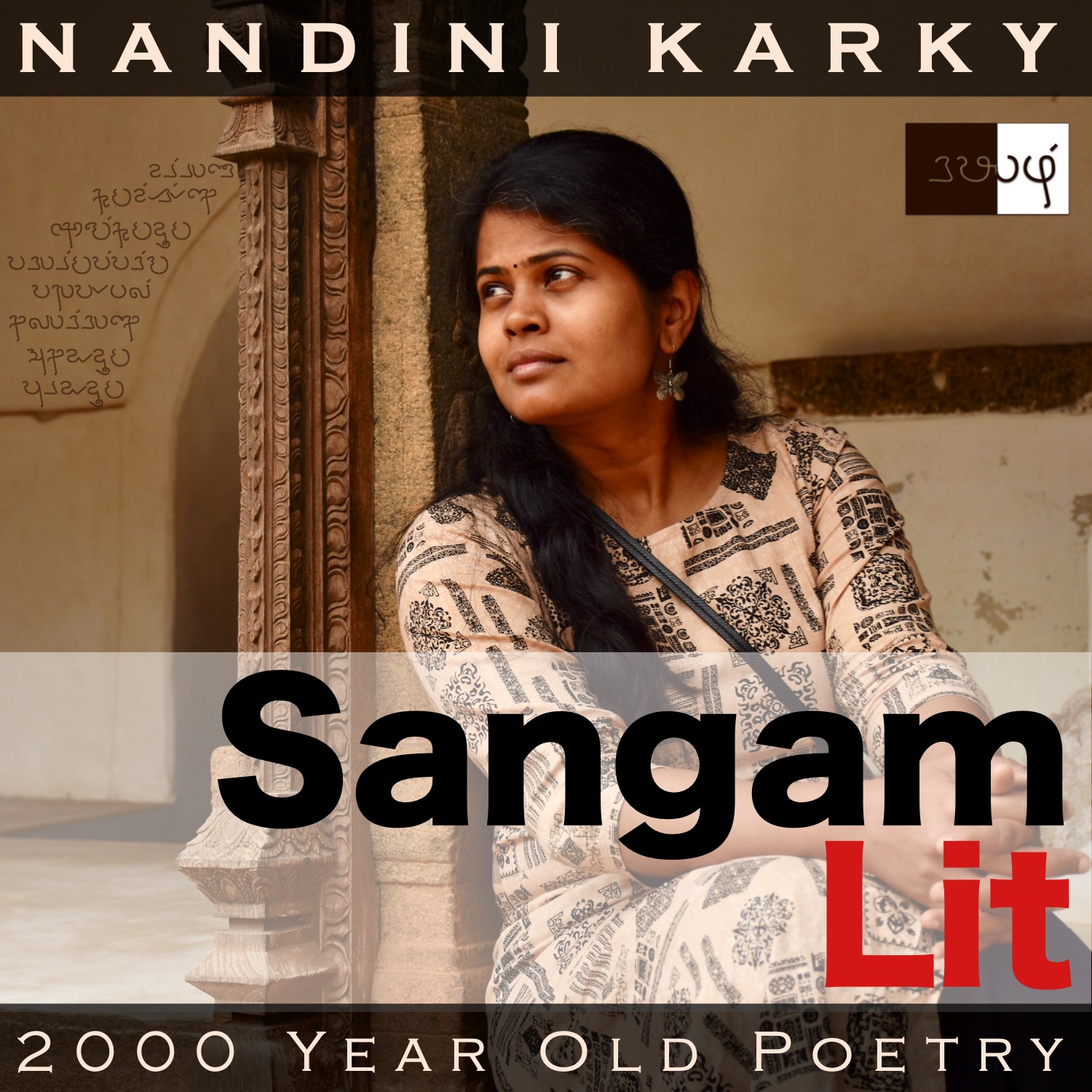 In this episode, we travel to a lush mountain country, as portrayed in Sangam Literary work, Kurunthogai 3, penned by Thevakulathaar. Set in the hills of &#8216;Kurinji&#8217;, the verse speaks in the voice of the lady to her confidante, rejecting her friend&#8217;s rebuke of the man, as he listens
Category: Audiobooks & Stories
Publish Date: Jan 13, 2021
Jump to Full Description
Snippets are a new way to share audio!
You can clip a small part of any file to share, add to playlist, and transcribe automatically. Just click the to create your snippet!
Snippets: Clips of Kurunthogai 3 – Wider higher deeper that people like

There are currently no playlists containing this audio.
Add this audio track to one of your playlists
Add to Playlist
Up Next
Full Description
Back to Top
In this episode, we travel to a lush mountain country, as portrayed in Sangam Literary work, Kurunthogai 3, penned by Thevakulathaar. Set in the hills of &#8216;Kurinji&#8217;, the verse speaks in the voice of the lady to her confidante, rejecting her friend&#8217;s rebuke of the man, as he listens nearby.


நிலத்தினும் பெரிதே; வானினும் உயர்ந்தன்று;நீரினும் ஆர் அளவின்றே- சாரல்கருங் கோல் குறிஞ்சிப்பூக் கொண்டு,பெருந்தேன் இழைக்கும் நாடனொடு நட்பே.
How can something so tiny manage to pack the entire world within? A wave of awe washes over, at the first glimpse of this verse that opens with the words &#8216;நிலத்தினும் பெரிதே&#8217; meaning &#8216;larger than this land&#8217;! As we wonder what that could be, it goes on to compare that something with the &#8216;skies&#8217; and the &#8216;seas&#8217; too in &#8216;வானினும்&#8217; and &#8216;நீரினும்&#8217;. From these abstractions, the verse moves towards the tangible and brings before our eyes, the &#8216;black stems of the famous Kurinji flower&#8217; in &#8216;கருங் கோல் குறிஞ்சிப்பூ&#8217;. Not stopping with offering us the sight and scent of this flower, the verse also teases us with the taste of its honey in &#8216;பெருந்தேன்&#8217; talking about &#8216;huge honeycombs&#8217;. When the verse bids adieu with the words &#8216;நாடனொடு நட்பே&#8217; meaning &#8216;my bond with the man from the mountains&#8217;, the sound of love echoes in our ears.
A seemingly simple verse but here, context is queen! The man and lady had been leading a love relationship and the man had been trysting with her for a long while. Feeling within that it&#8217;s time to move his mind to higher pursuits, the confidante decides to play a trick. One day, when he arrives to meet with the lady, pretending not to notice him, but making sure he&#8217;s listening, the confidante scolds the man and puts down his relationship with the lady. To the confidante&#8217;s words, the lady replies saying, &#8220;Wider than the land, higher than the sky, deeper than the sea &#8211; is my bond with the man from the mountains, in whose country hangs huge honeycombs, made of the nectar from those black-stemmed ‘kurinji’ flowers growing in the slopes.&#8221; With these words, she refuses to accept the words of her confidante and replaces it with the high regard she holds for the man&#8217;s relationship with her.
Having heard a million ways of describing love in poems, ballads and lyrics across the centuries, we may have become habituated to these expressions, so much that it fails to move us. However, imagine hearing that someone&#8217;s love is larger than the land, when all land hadn&#8217;t even been seen yet, hearing that someone&#8217;s love is higher than the skies, when the people of then had launched no rocket beyond it, and hearing that it&#8217;s deeper than the ocean, when the depths of the ocean had never been mapped. The exact numbers and particulars of these comparisons may not have been perceived by the ancients but the immenseness of each of these attributes was felt in their hearts. Goes to show that as with all things with life, the heart knows already and the head catches up slowly.
Amidst all this abstraction, through the description of the man&#8217;s &#8216;Kurinji&#8217; honey-filled lush mountains, the lady sketches for us, a picturesque land of the past. The &#8216;Kurinji&#8217; flower is an extraordinary blue flower that grows in most of the Western Ghats, but blooms only once in 12 years, the last time being 2018. The blooming of this flower has been recorded continuously from the 1800s. While that&#8217;s the scientific record, in Sangam literature, this flower keeps blooming often. I wonder if the flowering frequency was different in those times. Did it flower more often and somehow, due to changes in the world around, it changed its time of appearance? Leaving these questions to botanists and ecologist, let&#8217;s return to the literature. The lady narrates how the flower blooms as a carpet of sapphire on the hills and attracts bee hordes, which seem to gather this nectar for their sweet architecture in the hills. The lady, through his description of the man&#8217;s country, in a hidden manner, tells us that not only is her relationship with the man larger than the land, higher than the sky and deeper than the sea but, also as sweet as &#8216;Kurinji&#8217; honey.
In the end, it&#8217;s all a ruse of the confidante to make the lady express her heart. She uses a negativity approach to move the lady in the opposite direction, and thereby, reveals to the listening
Up Next
Popular Playlists
Best Yoga Podcasts: Listen & Learn New Poses Sour Shoe's Greatest Moments on The Howard Stern Show Listen to: Top 15 Funniest Barack Obama Quotes 9 Game Design Podcasts Every Game Designer Needs to Hear 7 Podcast Episodes About The Golden State Killer That Will Keep You Up at Night David Parker Ray & Shocking Audio of the Toy Box Killer You Need to Hear Best UFO Podcasts That Will Abduct Your Mind Controversial Joe Rogan Experience Episodes Audio Wack Packer Beetlejuice Best Moments on The Howard Stern Show 12 Best Episodes of the NoSleep Podcast to Keep You Up at Night Sexy ASMR Audio to Turn You On
Popular Categories
ASMR Business & Tech Cannabis Fashion & Beauty Gaming History Home & Garden Kids & Family Spirituality Travel
Add to playlist
New playlist