Your changes have been saved
All Audio Culture Pop

Share
station description CULTURE POP IS A LOOK AT POP CULTURE THROUGH THE MIND OF STEVE MASON, CO-HOST OF T... read more

Start Time: 03:18 End Time: 07:30
Larry talking about growing up watching Sandy pitch, play basketball, and being discovered by Dodgers. Radio was his only dream when he was a kid. He made 50 dollars as week doing news and sports and DJing... he made up his name Larry King on the spot that first day he worked on radio. KING!
Category: Society & Culture
Publish Date: Jan 23, 2021
Snipped By:
Share
station description These are my favorite things to listen to. Subscribe if you like to be entertained ... read more

Audra Audio Gold Station: My audio favorites
Tagged in this Audio:
More
Jump to Full Description Transcript
Playlists that Larry king talking about growing up with Sandy Kaufax & his early days of radio appears on.
Share 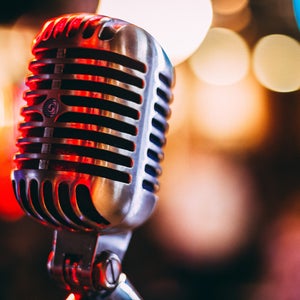 Every Larry King Interview on Podcasts, Radio and TV
21:26:33 1/23/21 39 audios
Up Next
Full Description
Back to Top
Larry talking about growing up watching Sandy pitch, play basketball, and being discovered by Dodgers. Radio was his only dream when he was a kid. He made 50 dollars as week doing news and sports and DJing... he made up his name Larry King on the spot that first day he worked on radio. KING!
Transcripts
Back to Top
you grew up with Sandy Koufax. What was he like? E was very quiet. Way went. Hey, was I was two years ahead of him in high school. Uh, hey. Was, uh, modest. He is now. He was He was. Sandy was Sandy hasn't changed. Uh, one interesting thing Facet was shot. Generally known is that he wasn't a good baseball player. Hey, was back up first baseman on Lafayette High School team. He was a starting pitcher, but he was so wild that they only used them on special occasions. When he said he warmed up a skating at a team e, he couldn't find the plate. But he was a great great basketball player. He played his freshman year, broke a lot of scoring records and then not goingto he was, uh, that you're gonna summer and the summer league played. They played in the winter, and the Dodgers saw him inside the based on his speed. He had no, we couldn't find the plate. But when he did well, so like me, you started in radio. I was an overnight deejay in Toledo, Ohio. You were a D. J. In Miami, starting in 1957. What do you remember from your very first shift? I remember my first day. I was so scared. I always wanted to be in radio. I never had any other wish. Didn't want to be a cop. Didn't want to be a fireman when I was a kid. All the wish kids wishes with those occupations I wanted Toby. Announcer e used to imitate announcers. I was enthralled with radio on a friend to suggest that I go to Miami. I didn't go to college, did a bunch of our jobs. My father died when I was nine. Mother never remarried, so I went down. Miami knocked on doors station hired me on my first day was May 1st May 1st 1957. Always, mother. Because I just celebrated at 63 years on the air. That morning, uh, I was gone, and I had my records all planned. I was gonna be this jockey $50 a week from 9 to 12 in the morning, and then in the afternoon, I would do news and supports. So I reported and I'm ready. Go on the air and that pulling in director said to me, What name you're going to use on. My name is Larry Zeiger. And you could you could do that now. But then he said, Nah, it won't play. You need another name. And, uh, he had Miami Herald open on There was an ad for King's wholesale liquors. And he just said, How about Larry King sister? Okay, then they go into the records playing. I can't think of a thing to say I'm scared. Uh, program director kicks open the door. Says, Say something. This is, ah, communications business. And what I did was that morning, Steve, I opened the mike said that I just got my new name. Larry King said that I wanted to be and radio all my life Said that I was nervous. Said that the program director just kicked open the door to the control room and told me to speak. I told the audience the whole truth about the morning. Yeah, and I never was nervous again, ever. Not on television, not ever. Because I always knew what happened to me that first morning is true in life. Never lie. No. Tell that. Put the audience in your boat, put the oil, and you do that. If you better here. So if I goof that morning day, it's his first day. And I used that same trade when I made my I do a lot of speaking. I do lot after dinner speaking, telling stories. I always begin by saying, You know, I was nervous. So if you are, you can overcome anything. If you are honest. Yep. Yep. So you broke through on TV, then in the 50 years later and what?
Up Next
Popular Playlists
Best Yoga Podcasts: Listen & Learn New Poses Sour Shoe's Greatest Moments on The Howard Stern Show Listen to: Top 15 Funniest Barack Obama Quotes 9 Game Design Podcasts Every Game Designer Needs to Hear 7 Podcast Episodes About The Golden State Killer That Will Keep You Up at Night David Parker Ray & Shocking Audio of the Toy Box Killer You Need to Hear Best UFO Podcasts That Will Abduct Your Mind Controversial Joe Rogan Experience Episodes Audio Wack Packer Beetlejuice Best Moments on The Howard Stern Show 12 Best Episodes of the NoSleep Podcast to Keep You Up at Night Sexy ASMR Audio to Turn You On
Popular Categories
ASMR Business & Tech Cannabis Fashion & Beauty Gaming History Home & Garden Kids & Family Spirituality Travel
Add to playlist
New playlist