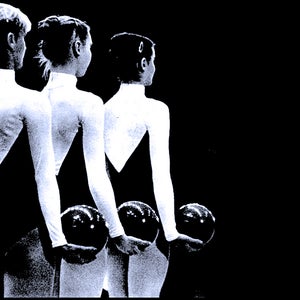 Start Time: 00:00 End Time: 02:22
May 13, 1984 – Olympics were in the headlines this week in May of 1984. Citing “security issues”, the Soviet Union declined involvement in the 1984 Summer Olympics, being held in Los Angeles over the summer. Reactions ranged from shrugged shoulders to smashed dreams. Many accused the Soviets of play
Category: News & Politics
Publish Date: May 13, 2021
Snipped By:
Share
station description Past Daily: News, History, Music And An Enormous Sound Archive.

Past Daily: News Junkies
05:49:19 11/2/20 82 audios
Up Next
Full Description
Back to Top
May 13, 1984 – Olympics were in the headlines this week in May of 1984. Citing “security issues”, the Soviet Union declined involvement in the 1984 Summer Olympics, being held in Los Angeles over the summer. Reactions ranged from shrugged shoulders to smashed dreams. Many accused the Soviets of playing tit-for-tat, citing the U.S. boycott of the 1980 Olympics in Moscow as protest for the Soviet invasion of Afghanistan for the turn-about on Russian parts. Others felt it was an exchange of embarrassments for the U.S. boycott in 1980 – Russia was hoping to offer up revenge by instead touting a Red Olympics; competing games featuring Russia and other Eastern bloc countries around the same time as the games were taking place in Los Angeles. The reaction however was the same for the athletes- disappointment and fear it would mean the death-knell for any Olympics in the future.

Meanwhile, as President Reagan distanced himself from the controversy, there were other issues taking center stage at The White House. The issue of money coming from the U.S. to aid the Contras fighting in Nicaragua and El Salvador. Again, it was the old Domino theory of Latin American nations falling under Communist influence and the imperative for U.S. support. Although there was divided opinion as to why the U.S. should be footing the bill, monies were eventually made available for the Contras to continue. Salvadorans did go to the polls this week, electing moderate Napoleon Duarte for President. He was opposed by Roberto d’Aubuisson, a conservative. By weeks end, Duarte got 54% of the vote in what was considered an unprecedented turnout of voters.

And in The Hauge, a ruling from the World Court on U.S. involvement in the mining of Nicaraguan ports and harbors. Nicaragua took the case to The Hague who issued a lengthy decision which asked the U.S. to both cease and refrain from any action restricting access to or from Nicaraguan ports and in particular the laying of mines.

And that’s a small slice of what happened, this week ending May 13, 1984 as reported by ABC Radio’s World News This Week.

Transcripts
Back to Top
Uh huh From abc news, World News this week. I'm john grimes. Abc news. Listen, we think that this is a blatant political action for which there is no real justification by the Soviets. I think it's going to be a death ball for the olympic games. They can't continue on in this format. It's almost as though we had a friend who was bleeding and we refused him a tourniquet. It's the first time in six years that we've seen any kind of justice being served to the Vietnam veteran in a moment. The people and stories that made this week's World News. Your ad agency is highly recommended. Thanks. What do you sell fruits and vegetables here? I brought them along. Great. We'll do some tv spots. I'd rather use radio tv is too expensive anyway. People don't have to see my fruits and vegetables as long as they can hear them when we play music on. Are you kidding? No. See I put in all produce band together just for our radio commercial. Come on now. Hand me that squash there. How'd you do that practice? I'm also proficient on three leafy vegetables and two tropical fruits. Really it's economical to advertise on radio and I can target the people who like to listen to fresh fruits and vegetables. This band seven Rutabagas, five cucumbers in a base broccoli. So we'll play our theme song. Yes, we have no bananas and then we'll eat our instruments. Okay, okay, you'll by radio force then. Sure listen. Could you teach me? I'm sure here start with celery. You don't blow on. Celery is strum it. Oh sorry, beginners. Radio red hot because it works for all the facts. Call the station or the Radio Advertising Bureau. Part of the pageantry associated with the olympic games is the transfer of the olympic flame from Greece to the host country. The flame housed in hurricane lamps arrived at the United Nations this week, and correspondent Mark Scherer was on hand to watch it be carried to Los Angeles by a series of runners. The olympic flame begins its trip across America. The first two runners, Gina Hemphill, granddaughter of jesse Owens and Bill thorpe, grandson of Jim thorpe, leaving the United Nations on the first leg of a run through 33 states, a journey of some 9000 miles. The torch scheduled to arrive in Los Angeles, july 2030 in time for the start of the summer. Olympic games, marc Surer, Abc News new york.
Up Next
Popular Playlists
Best Yoga Podcasts: Listen & Learn New Poses Sour Shoe's Greatest Moments on The Howard Stern Show Listen to: Top 15 Funniest Barack Obama Quotes 9 Game Design Podcasts Every Game Designer Needs to Hear 7 Podcast Episodes About The Golden State Killer That Will Keep You Up at Night David Parker Ray & Shocking Audio of the Toy Box Killer You Need to Hear Best UFO Podcasts That Will Abduct Your Mind Controversial Joe Rogan Experience Episodes Audio Wack Packer Beetlejuice Best Moments on The Howard Stern Show 12 Best Episodes of the NoSleep Podcast to Keep You Up at Night Sexy ASMR Audio to Turn You On
Popular Categories
ASMR Business & Tech Cannabis Fashion & Beauty Gaming History Home & Garden Kids & Family Spirituality Travel
Add to playlist
New playlist