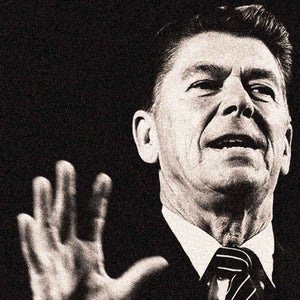 May 5, 1970 – Governor Reagan Has A Word About Kent State - click on the snippet for a sample.

Start Time: 00:02 End Time: 01:25
As reverberations continued to be felt around the country, the day after the shootings at Kent State on May 5th 1970, California Governor Reagan chimed in on the situation and ordered the closing of all colleges and University campuses until May 11.

In a blanket telephone statement released to the
Category: History
Publish Date: May 05, 2021
Snipped By:
Share
station description Past Daily: News, History, Music And An Enormous Sound Archive.

Past Daily: Amazing Historical Concerts & News
Jump to Full Description Transcript
Playlists that May 5, 1970 – Governor Reagan Has A Word About Kent State - click on the snippet for a sample. appears on.
Share

Past Daily: Conflict's Greatest Hits
03:56:24 11/2/20 59 audios
Up Next
Full Description
Back to Top
As reverberations continued to be felt around the country, the day after the shootings at Kent State on May 5th 1970, California Governor Reagan chimed in on the situation and ordered the closing of all colleges and University campuses until May 11.

In a blanket telephone statement released to the press, Governor Reagan ordered the closings as a precaution over threatened violence, as protests to the shootings spread throughout the country.

Saying the culprits in the string of violent demonstrations weren’t students at all, but a carefully trained group of agitators, bent on destroying College life and throwing the country into chaos, and that it was in all likelihood that the students gunned down were innocent bystanders.

Asking for a four-day reflection on the roots and causes, and asking the majority of students to use the time to discuss the situation, Reagan appealed to students, parents and Administrators to end the violence.

The irony in all this was, only four days earlier, Reagan was quoted as saying the students engaged in these protests were “brats”, “freaks” and “cowardly fascists” and that he advocated “a bloodbath, if necessary” to quell the protests.

After the events of May 4th, he quickly backtracked, saying he was using a “figure of speech” in dealing with the protests.

Of course, Reagan was no fan of the University system – his clashes were frequent, and many thought it was this “no appeasement” policy that insured his winning the Governors race in 1966, and fueled his race for President in 1980.

But this was 1970, and we were in the midst of dealing with a tragedy, borne from a more complex set of circumstances. Some people just wanted a quick fix, and shooting from the hip seemed like an answer.

Here is that address, as it was given to the press, and later broadcast, on May 5, 1970.
Transcripts
Back to Top
colleges and universities throughout the nation, emotions are running high. One 180 campuses are already facing violence and disruption triggered the tragedy. In Ohio school. I have therefore called president Charles hitch of the university of California and Chancellor Glenn dumpy of our state colleges and have asked them to close all the state universities and colleges tomorrow, thursday and friday and of course saturday and sunday. I have also by wire asked the private colleges and universities and community colleges in California to consider doing the same thing. I'm grateful to the California broadcast pool for making it possible to come before you to explain why this unprecedented action is necessary. The time has come for responsible citizens of all political persuasions and all ages to pause long enough to take inventory. The area of immediate concern is the academic community. But what is happening there is happening to all of us. Over a period of more than five years, we have seen marches, demonstrations and sit ins escalate and lead to vandalism, window breaking and, eventually, bombings and arson, and inevitably to death has dissent became disorder beyond the ability of campus police to control local and state enforcement agencies were called upon those who do.
Up Next
Popular Playlists
Best Yoga Podcasts: Listen & Learn New Poses Sour Shoe's Greatest Moments on The Howard Stern Show Listen to: Top 15 Funniest Barack Obama Quotes 9 Game Design Podcasts Every Game Designer Needs to Hear 7 Podcast Episodes About The Golden State Killer That Will Keep You Up at Night David Parker Ray & Shocking Audio of the Toy Box Killer You Need to Hear Best UFO Podcasts That Will Abduct Your Mind Controversial Joe Rogan Experience Episodes Audio Wack Packer Beetlejuice Best Moments on The Howard Stern Show 12 Best Episodes of the NoSleep Podcast to Keep You Up at Night Sexy ASMR Audio to Turn You On
Popular Categories
ASMR Business & Tech Cannabis Fashion & Beauty Gaming History Home & Garden Kids & Family Spirituality Travel
Add to playlist
New playlist