Share
station description For above forty years I have been a diligent collector of history, tradition, legen... read more 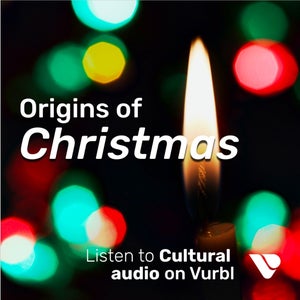 Origins of Christmas
33:12 12/3/20 8 audios
Up Next
Full Description
Back to Top
Listen to Mistletoe Highlight
Transcripts
Back to Top
this custom of kissing under the mistletoe seems to be peculiarly English, and no reliable explanation of its origin seems to be forthcoming. It is not unlikely, however, that it may be a survival from a Scandinavian custom of pre Christian antiquity. The mistletoe was deemed so sacred that if enemies met casually beneath it in the forest, they laid down their arms and maintained a truce. Till the following day, Fence grew a practice of hanging mistletoe over a doorway, the entering by which was understood to imply a pledge of peace on friendship to be sealed with a friendly greeting. It waas. Moreover, an invitation to the spirits of the forest, who would come in a friendly way in the long winter night, bringing good cheer and security against any possible jealousy of the gods. Others say that the kiss under the mistletoe is a relic of some primitive marriage right. The ceremonial cutting of mistletoe for medicinal or more correctly magical purposes was practiced at midsummer. It was thought off a za spirit or guard of vegetation in the tree, which could not or ought not to be cut down until the mistletoe was cold. How and when the midsummer right was transferred to Yuletide does not appear in Shropshire. The mistletoe is associated with the new year rather than with the Nativity, probably because of its Druid ical associations, mistletoe has usually been disallowed in church decorations. There waas One remarkable exception at York Minster. It was long customary for a priest ceremoniously toe lay a large bunch of it on the altar. This may possibly have been a survival of some pre Christian usage, or it may have been a symbol borrowed from the neo druid ism of the 12th century, according to which the mistletoe dependent on the tree represented the dependence of man on God. In that case, the laying of the plant on the altar might symbolize man or humanity, as expressed in the incarnate son, becoming an offering acceptable to
Up Next
Popular Playlists
Best Yoga Podcasts: Listen & Learn New Poses Sour Shoe's Greatest Moments on The Howard Stern Show Listen to: Top 15 Funniest Barack Obama Quotes 9 Game Design Podcasts Every Game Designer Needs to Hear 7 Podcast Episodes About The Golden State Killer That Will Keep You Up at Night David Parker Ray & Shocking Audio of the Toy Box Killer You Need to Hear Best UFO Podcasts That Will Abduct Your Mind Controversial Joe Rogan Experience Episodes Audio Wack Packer Beetlejuice Best Moments on The Howard Stern Show 12 Best Episodes of the NoSleep Podcast to Keep You Up at Night Sexy ASMR Audio to Turn You On
Popular Categories
ASMR Business & Tech Cannabis Fashion & Beauty Gaming History Home & Garden Kids & Family Spirituality Travel
Add to playlist
New playlist