Your changes have been saved
All Audio Think Tank Sports 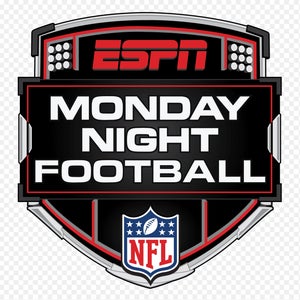 There are currently no playlists containing this audio.
Add this audio track to one of your playlists
Add to Playlist
Up Next
Full Description
Back to Top
Las Vegas Raiders versus Los Angeles Chargers
Transcripts
Back to Top
uh, Las Vegas came out flat on offense. Their defense looks very good for most of the first half, Uh rushing around and and making big plays and and big stops and good tackling uh for the most part. But then of course, you know, Justin Herbert being who he is, put a couple of nice drives together, they score 14 points in the second quarter. Um and the Raiders really just, You got to half time thinking this is, this is going to be a serious blow out. And honestly the chargers probably should have been up more uh than just 21 to nothing as there often started rolling and David to that point in the second quarter, one of the best football plays you'll ever see. Uh chargers on the plus side of the 54th and whatever they're going to punt, uh 11 4th and 11, they've got a lonely end that's uncovered. Hunter Renfroe is back deep. Everyone else's rushing. Renfro recognizes that there's a wide receiver uncovered and um they're gonna do a trick play and try to, you know, fake punt and and the chargers pull it off the punter makes a nice pass right at the first down marker and all £185 of Hunter Renfroe blue, this guy up knocks the ball, you know, into the sidelines like a professional safety. And when they showed the replay, Renfro recognized it a few seconds before and started sprinting towards this guy. Uh great, great football play by Hunter Renfroe, you know, he gets mocked a little as like a little bit of a mascot type guy, but he's really made his mark in the league. Uh the announcers kept saying third in Renfro whenever Vegas had the ball and third down, which was, it was a good line. The first time, the fifth time steve levy could have put it away, but um, great football play, Dave, I don't know if you saw that, yep, Oh I saw it and uh not only does he get mocked, he gets mocked on this podcast, as you have said several times this year. I don't even know what, well who is this? You know, Renfro what is this guy? But he did show up, that was nice, the touchdown catch that he had uh, just, oh yeah, just stopping on a dime, turn, left turn, right, turn, back left uh just unbelievable, uncomfortable really. Uh, and just, you know, really, really nice play to get into the end zone. Uh Probably though the highlight of the Raiders, although Darren Waller is catch for the touchdown was pretty impressive tattoos, unguardable. I mean
Up Next
Popular Playlists
Best Yoga Podcasts: Listen & Learn New Poses Sour Shoe's Greatest Moments on The Howard Stern Show Listen to: Top 15 Funniest Barack Obama Quotes 9 Game Design Podcasts Every Game Designer Needs to Hear 7 Podcast Episodes About The Golden State Killer That Will Keep You Up at Night David Parker Ray & Shocking Audio of the Toy Box Killer You Need to Hear Best UFO Podcasts That Will Abduct Your Mind Controversial Joe Rogan Experience Episodes Audio Wack Packer Beetlejuice Best Moments on The Howard Stern Show Best NoSleep Podcast Episodes To Terrify You Sexy ASMR Audio to Turn You On
Popular Categories
ASMR Business & Tech Cannabis Fashion & Beauty Gaming History Home & Garden Kids & Family Spirituality Travel
Add to playlist
New playlist