From Audio: Britney Spears' Conservatorship: What We Know, And What's Next

Share
station description Daily commentary on pop culture with a shot of cheer.

Start Time: 07:42 End Time: 11:25
Listen in to The Bessemer Trust requesting to tap out of the conservatorship agreement, Britney wanting a new lawyer, who is allowed do things on her behalf, the transcripts going public, and more.
Category: Entertainment Entertainment News
Publish Date: Jul 15, 2021
Snipped By:
Share
station description Listen in to audio from some of your favorite celebrities. From A-list actors and a... read more 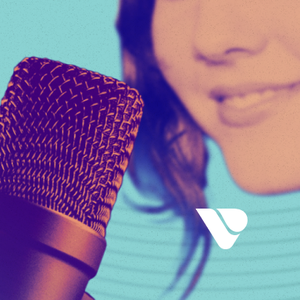 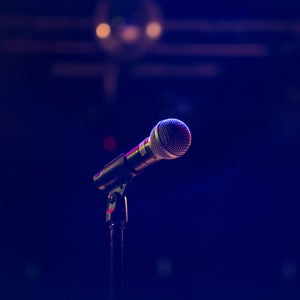 Britney Spears' Story Told Through Audio
03:57:55 3/1/21 13 audios
Up Next
Full Description
Back to Top
Listen in to The Bessemer Trust requesting to tap out of the conservatorship agreement, Britney wanting a new lawyer, who is allowed do things on her behalf, the transcripts going public, and more.
Transcripts
Back to Top
of her estate, right? Which is her money, the money side of this stuff. And then after her testimony in june, they requested to tap out of the agreement altogether. And so the judge has to then clear that and say yes, you can or can't leave. The other interesting thing that's happening today. Honest actually mentioned that Sam ingram requested to resign if like another court appointed lawyer can take its place, that's set to be decided on today. Also, her mother had asked if Britney can be allowed to hire a private lawyer instead. Right? So we have a couple of like jockeying things going on about who is going to be representing Britney from here on out, which theoretically could then cause a chain reaction of expediting her to be get out the conservative or be stuck in it for another cycle or so. Okay, so Andrew gave kind of a sense of what might happen today, Anastasia what do you see as some of the possible outcomes? Well, there are so many things going on now and honestly, so many of the things filed are actually working at cross purposes with each other, right? Because for example, Lynne Spears Britney's mom is asking for her to be able to pick her own lawyer, whereas the current conservator of Britney's person, which is the technical term, the person who's looking over her personal stuff, jodi Montgomery is asking the court to appoint someone else entirely. So there's like people coming at this with different angles to slightly different ends. So I think that the first job for the judge is going to decide what the biggest priorities are legally and then going from there and sort of like a lot of dominoes fall into place with the departure of saying Ingham, her own lawyer right now, she may not be in a position to file a petition to end the conservatorship altogether by herself right now, which of course is what a lot of fans are hoping to have happen. But a lot of the media reports we've been seeing from sources who are clearly close to Britney is that she has very limited access to even telephones and things like that. So, you know, how would she be able to file court documents for herself? Would be a huge question. So I think as Andrew said, it's really going to be a question of seeing who can do these things on her behalf and then having the judge sort of let all these other things fall into place. The other thing I wanted to say is that, and directly reported this earlier this week by California law, Britney actually could be falling by herself, but it doesn't seem possible that that's going to happen right now. But at the very least after 13 years, the wheel seemed to be finally moving. And what clearly unstuck them was this public testimony of Britney's. And the weird thing in retrospect is that none of us would have had access to her remarks had this not happened during Covid. The fact that this became instantaneously worldwide talk and a worldwide debate is really because of the time, the weird times in which we live. So can you expand on what you mean by that? You just mean? Because these statements are being made over computers and remotely instead of So she spoke remotely to the court and for better or worse, the audio of that testimony leaked and was posted immediately online. And lots of media organizations, including us ran transcripts of that testimony. So something that wouldn't necessarily have been public was instantaneously public. And and sort of all that anguish that she's had pent up for a long time was really visceral immediately. So there's one kind of last, larger question that I want to get out in this conversation, and it may seem a little amorphous, but I want to get to the bottom a little bit and have us each speak to for lack of a better question why?
Up Next
Popular Playlists
Best Yoga Podcasts: Listen & Learn New Poses Sour Shoe's Greatest Moments on The Howard Stern Show Listen to: Top 15 Funniest Barack Obama Quotes 9 Game Design Podcasts Every Game Designer Needs to Hear 7 Podcast Episodes About The Golden State Killer That Will Keep You Up at Night David Parker Ray & Shocking Audio of the Toy Box Killer You Need to Hear Best UFO Podcasts That Will Abduct Your Mind Controversial Joe Rogan Experience Episodes Audio Wack Packer Beetlejuice Best Moments on The Howard Stern Show 12 Best Episodes of the NoSleep Podcast to Keep You Up at Night Sexy ASMR Audio to Turn You On
Popular Categories
ASMR Business & Tech Cannabis Fashion & Beauty Gaming History Home & Garden Kids & Family Spirituality Travel
Add to playlist
New playlist