Your changes have been saved
All Audio Kinda Funny Games Daily

Start Time: 03:51 End Time: 04:52
Pokémon Legends: Arcaues is hitting the market on Jan 28, 2022. Legends is an open-world RPG set in the Sinnoh region,. where players can roam freely catching Pokemon, in a time before gym and gym battles.
Category: Leisure
Publish Date: May 28, 2021
Snipped By:
Share 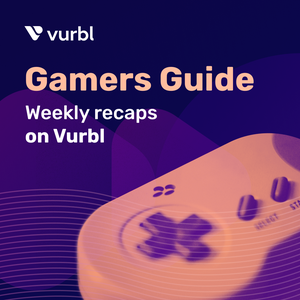 Best Gaming Audio On Vurbl
02:13:39 2/24/21 15 audios
Up Next
Full Description
Back to Top
Pokémon Legends: Arceus is hitting the market on Jan 28, 2022. Legends is an open-world RPG set in a much older version of the Sinnoh region, where players can roam freely catching Pokemon, in a time before gym and gym battles. Legends might be the Pokémon Company's most ambitious game to date, as its RPG format is a huge departure from Pokémon's beloved gym-battle formula. Legends isn't the only new Pokémon game right now; a new version of Pokémon Snap and remastered versions of Pokémon Diamond and Pearl are also hitting the shelves.
Transcripts
Back to Top
story number one, we've got a release date for the new Pokemon games. This from Andrew Webster at the verge, possibly the most ambitious Pokemon game to date will be available early next year. Today, Nintendo announced that Pokemon Legends RKS will be launching on the Nintendo Switch on January 28, I think it was first announced in february Legends looks to be a big change for Pokemon franchise has become known for its slowly evolving role playing games. It's an open world RPG that takes place in a much older version of the central region before the time before the time of Pokemon trainers and organized competitions. In addition to the new setting, the experience also looks to be more seamless compared to the main main games. As Nintendo says, players will be able to go out in the wild to study pokemons behaviors, sneak up to them and throw out poke balls. Legends isn't the only major Pokemon title in the works. Nintendo recently released a modern version of Pokemon snap and remix of Pokemon diamond and Pearl are coming to the Switch on November 11, which the company also announced today
Up Next
Popular Playlists
Best Yoga Podcasts: Listen & Learn New Poses Sour Shoe's Greatest Moments on The Howard Stern Show Listen to: Top 15 Funniest Barack Obama Quotes 9 Game Design Podcasts Every Game Designer Needs to Hear 7 Podcast Episodes About The Golden State Killer That Will Keep You Up at Night David Parker Ray & Shocking Audio of the Toy Box Killer You Need to Hear Best UFO Podcasts That Will Abduct Your Mind Controversial Joe Rogan Experience Episodes Audio Wack Packer Beetlejuice Best Moments on The Howard Stern Show Best NoSleep Podcast Episodes To Terrify You Sexy ASMR Audio to Turn You On
Popular Categories
ASMR Business & Tech Cannabis Fashion & Beauty Gaming History Home & Garden Kids & Family Spirituality Travel
Add to playlist
New playlist