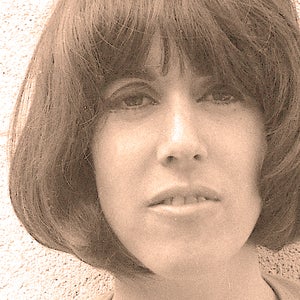 Start Time: 00:02 End Time: 02:49
Nora Ephron is interviewed by Robert Cromie on the NET series Bookbeat from September 6, 1975. She discusses her latest book, Crazy Salad and her career as a Journalist. 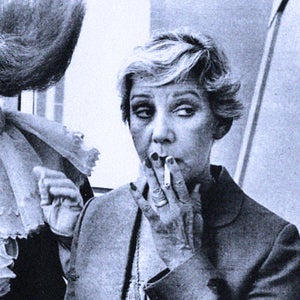 Past Daily: Pop Culture
02:45:55 11/3/20 28 audios
Up Next
Full Description
Back to Top
Nora Ephron is interviewed by Robert Cromie on the NET series Bookbeat from September 6, 1975. She discusses her latest book, Crazy Salad and her career as a Journalist.

“Nora was the oldest daughter of screenwriters Henry and Phoebe Ephron (their story is told in Henry’s memoir, We Thought We Could Do Anything). They were New York City playwrights lured west to adapt established works like “Carousel” and “Daddy Long Legs” for Hollywood. Their four daughters grew up in Beverly Hills while the Ephrons worked on films like “Desk Set,” starring Spencer Tracy and Katharine Hepburn, “There’s No Business Like Show Business,” with Ethel Merman and Marilyn Monroe and “Captain Newman, M.D.,” with Gregory Peck and Tony Curtis. Phoebe wrote to Nora at camp describing the scene outside her office on the studio lot: a special effects crew creating the parting of the Red Sea for “The Ten Commandments,” using blue Jell-O.”

“Nora was in the right time and place when two great upheavals came together in the 1970’s: the feminist movement and the arrival of “new journalism”—vital, opinionated, very personal writing that powered popular and influential magazines like Clay Felker’s New York Magazine. This was the perfect place for her distinctive, confiding voice. Her essays were deceptively self-deprecatory—her first collection was called Wallflower at the Orgy and one of her best-known pieces describes her insecurity about having small breasts. But Nora’s columns, especially the series about women collected in Crazy Salad and the series about media in Scribble Scribble, are fierce, confident, devastating takedowns of those she found pretentious, hypocritical, or smug, including her former boss at the New York Post and the President’s daughter, whom she described as “a chocolate-covered spider.”

Here is that complete episode of Bookbeat featuring Nora Ephron from September 1975.

Transcripts
Back to Top
crazy salad is almost exclusively about women, which is fair enough. I guess you are considered one of the leading spokes women spokespersons for the Women's Liberation Movement, although I assume you would disavow that identification, you assume correctly Why? Well, because I don't think I speak for anyone but myself. And and if you've had anything to do with the women's movement, you find out very quickly that there is no way to speak for it. Um, so there you are. I guess it would be a little like speaking for a kaleidoscope, wouldn't it? Yes, it's a very wide group of people, as any movement is, really, and they have trouble getting together on most things, and some of them consider me this hopeless revisionist, and some of them consider me right on, and some of them think I'm you know, I don't know what, but there's no way you can speak for a movement that that really disagrees as much as it does well, on second thought, I take the whole thing back my whole remark because I remember how well you took them apart in a couple of the pieces in here. After attending some meetings you were not awfully impressed with some of the meetings. I think Well, you know, in one way it's not fair because theoretically, if we really believe in women's live, we ought to believe that women can be as abusive to one another as men are. But still, when I went, for example, to the Democratic convention in Miami and watch the amount of time and energy that was wasted in squabbles over who was going to open which session it was, it was rather disheartening to me. What, incidentally, is Betty Friedan doing now? Um, well, the last I read, which was yesterday, she was attacking Gloria Steinem again. So I had the feeling that nothing had changed at all. It's a little old, Um, she was also in Mexico City for the International women's Here, which may explain why so little happened there. Well, what what's the future? What's going to happen? Finally, Well, things just simmer down and women will get the same treatment as everybody else, and I don't think so at all. I think I think that that basically and I don't know, you understand that I'm winging this, but I think that it's not going to be about the women's movement per se as it was three or four years ago. We're not going to have big demonstrations and things like that. What we are going to have is more of the right women elected to office, um, many more legal victories, and that will be going on on one side. On the other side. I think there's no question but that the message of the movement.
Up Next
Popular Playlists
Best Yoga Podcasts: Listen & Learn New Poses Sour Shoe's Greatest Moments on The Howard Stern Show Listen to: Top 15 Funniest Barack Obama Quotes 9 Game Design Podcasts Every Game Designer Needs to Hear 7 Podcast Episodes About The Golden State Killer That Will Keep You Up at Night David Parker Ray & Shocking Audio of the Toy Box Killer You Need to Hear Best UFO Podcasts That Will Abduct Your Mind Controversial Joe Rogan Experience Episodes Audio Wack Packer Beetlejuice Best Moments on The Howard Stern Show 12 Best Episodes of the NoSleep Podcast to Keep You Up at Night Sexy ASMR Audio to Turn You On
Popular Categories
ASMR Business & Tech Cannabis Fashion & Beauty Gaming History Home & Garden Kids & Family Spirituality Travel
Add to playlist
New playlist