Your changes have been saved
All Audio a16z Podcast

On the limitation of the current Podcast pipes

From Audio: Podcasting and the Future of Audio

Start Time: 17:01 End Time: 20:14
One of the main reasons we at vurbl see such a massive opportunity in audio - and it does not end with podcasting. We are thinking MUCH bigger here :).
Publish Date: Nov 12, 2020
Snipped By:
Share
station description These are my favorite things to listen to. Subscribe if you like to be entertained ... read more

Audra Audio Gold Station: My audio favorites
Jump to Full Description Transcript
Playlists that On the limitation of the current Podcast pipes appears on.
Share 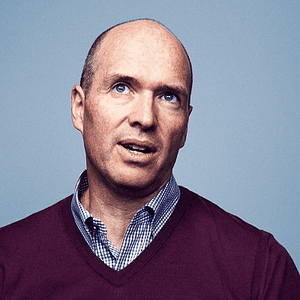 Best Venture Capitalist Quotes on Start-ups
03:20:32 11/12/20 10 audios
Up Next
Full Description
Back to Top
One of the main reasons we at vurbl see such a massive opportunity in audio - and it does not end with podcasting. We are thinking MUCH bigger here :).
Transcripts
Back to Top
first time because we have such an intimacy. Ah, slipperiness a connection with podcasting. That's visceral, That's I I mean, personally, I think it's unlike any other medium I've ever seen. I feel like I found my voice on this medium quite honestly. But so I do think that we have an opportunity here because we're so stuck on the legacy. And in fact, this goes back to something we started with, which is what is the definition of a podcast. So I think the thing to revisit here is that the underlying pipes and infrastructure and I know people don't expect this when we're talking about an episode about podcasts. But I think it's really important because it informs this conversation. It is RSS feeds. It is literally an ecosystem of pipes that are connected by feeds, talking to feed, talking to feeds. This is both a structural huge limitation, causing major fragmentation in the industry. Major limitations on what's possible with what creators could do to even connect the dots because the unit of analysis is limit to what you can actually extend in a feed and that has certain trade offs to it. And this actually reminds me of container ships like physical large shipping ships like Merck, etcetera you see in the ocean. And one of the novel things about container ships is about what they did to creating trade across the world and because they're multimodal, they go from airplane to ship tow truck tow yard. They allowed so much collaboration and connection it around the world. That's what feeds air doing for the podcast ecosystem. What's missing, however, is just like a container ship containers or rectangular boxes that are very limited, what you can actually fit into them. And people therefore need toe fit the shape of their goods to fit in those boxes. And the entire ecosystem for physical container ships is architected around, being able to lift things out, and in That is the same thing that's happening in podcasting right now. The containers air connecting all of us and this feed ecosystem, But they're also dictating what information travels where and in what form. And I just want to point this out, no matter how wonky it seems, because that structure about dictates so much of what the current batch of tools can and can't do when it comes to analytics a discovery and more all across the board. And it's where platforms and tool builders have a huge opportunity to cleverly address or even bypass those containers. Once we get past this phase of where the podcasting industry is structurally right now, I just think we are in such early early early innings of what podcasts can be. Because if you think about it again, this is not using the technical definition of a podcast, but using this cultural definition of like, audio recorded content, right? Most of the time, you're consuming that kind of content on an Internet enabled device. It's not like you're downloading it onto your computer and then like using a USB stick to transfer it to your phone, right? And so, therefore, like we are not monetizing this stuff or even creating features on top of it that are Internet native. There's just so much stuff we're not even tapping into. And it's such a shame because we're consuming these things on Internet enabled devices. And yet we're using the same business model as televisions, where you can't even do anything which you, which is not meant to be interactive, and there's like right now very little interaction with the podcast, which I think it's such a shame. So I wanna ask you guys kind of lightning round style on a couple of meat, things that air artifacts of the existing world of content and how we think they're going to play out with podcasting. So let's just you should give your take because you have more expertise on podcast than anyone in this. All right, I forget to do that as the host sometimes. Okay, so I want
Up Next
Popular Playlists
Best Yoga Podcasts: Listen & Learn New Poses Sour Shoe's Greatest Moments on The Howard Stern Show Listen to: Top 15 Funniest Barack Obama Quotes 9 Game Design Podcasts Every Game Designer Needs to Hear 7 Podcast Episodes About The Golden State Killer That Will Keep You Up at Night David Parker Ray & Shocking Audio of the Toy Box Killer You Need to Hear Best UFO Podcasts That Will Abduct Your Mind Controversial Joe Rogan Experience Episodes Audio Wack Packer Beetlejuice Best Moments on The Howard Stern Show 12 Best Episodes of the NoSleep Podcast to Keep You Up at Night Sexy ASMR Audio to Turn You On
Popular Categories
ASMR Business & Tech Cannabis Fashion & Beauty Gaming History Home & Garden Kids & Family Spirituality Travel
Add to playlist
New playlist