Your changes have been saved
All Audio writing class radio

On Writing the Same Story Over and Over

From Audio: 103: Is it Ok to Write the Same Story Over and Over?

Share
station description Writing Class Radio is for people who love stories and who get inspired by hearing ... read more

Start Time: 01:03 End Time: 04:24
Every writer writes toward a theme. When we write the same story over and over again, we start to ask—is this okay to do?
Category: Society & Culture Arts
Publish Date: Aug 01, 2021
Snipped By:
Share

Brianna Cockett-Mamiya Audio Station
Tagged in this Audio:
More
Jump to Full Description Transcript
Playlists that On Writing the Same Story Over and Over appears on.
Share 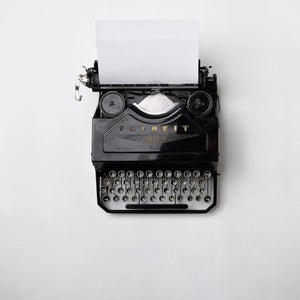 The Best Writing Podcasts To Spruce Up Your Storytelling
01:35:56 8/1/21 11 audios
Up Next
Full Description
Back to Top
Every writer writes toward a theme. When we write the same story over and over again, we start to ask—is this okay to do? Podcast hosts discuss how we change over time and create new relationships with the themes we obsess with, we may discover new meanings through our writing.
Transcripts
Back to Top
Today we are on episode 103, we're talking about writing the same story over and over. Students often worry about boring us with the same story. I worry about boring myself. Yeah. Yeah. Well sometimes it's boring but I think it's important. Yeah, I do too. We all have our themes and we're going to write them for our whole lives probably we're going to write them for our whole lives. Do you really think that? Yeah, I do. I mean some of the things that we write about, we're probably going to write about forever. I mean we might move on but we're going to relearn and we learn about the things that have affected us in our lives. I mean I agree. I agree. In some respects, some things though that I have fixated on, I have gotten through by writing so I've written and written and written and every time I came to class I wrote about the same thing and that took a couple of months and then the next thing I knew I was writing about a new problem that I had, you know, and I became obsessed with that, right? But I do think it's possible and probably very, very likely that you meet all of us will come back to the same stories, not to say that we're not going to get through those situations, but we're probably going to look at those situations from a new angle in several years, I'm sure, I mean I write about my mom in different ways, that right, about my son's in different ways at different stages of their lives and struggles of deaths, boyfriends, all this different stuff With a new perspective. So, you know, when my, when my daughter died, I, you know, already got 12, 13 years ago now. It was um I wrote about it with such pain and like that immediate sort of this just happened to me pain and I've noticed that as I've been writing about her, like you say coming back to it, you know years later um I write with a different perspective, not that the pain is not still there, it's just a different perspective and so you know today's story is by Emily Henderson and she's also writing about something that just recently within the last year so has occurred and she's there and she's doing the work and she's writing. So um this episode is that we all have our themes and yours one of your themes is lost and that is true too, for Emily Henderson, okay, so Emily tells the story about the loss of a child and that's a story that she has told, she's been in our class now for like I don't know, a year and a half or so, and she's written about the loss of her child in many different ways. And this time she tells a story that reveals something really positive, which is her connection with her husband. Not that it's Polyana, but it's like there is something that came out of this I would have never known had it not been for this. So, to be able to find a blessing in the pain is really important. And I think writing gets you there. Do if you write about it enough, you will get there. And the reason we keep writing about the same things is because we're not solving whatever issue it is right? We're not working through it, well, we are working through it, but we're not we haven't come to the conclusion yet. We don't feel resolved if we ever will, but at least it helps.
Up Next
Popular Playlists
Best Yoga Podcasts: Listen & Learn New Poses Sour Shoe's Greatest Moments on The Howard Stern Show Listen to: Top 15 Funniest Barack Obama Quotes 9 Game Design Podcasts Every Game Designer Needs to Hear 7 Podcast Episodes About The Golden State Killer That Will Keep You Up at Night David Parker Ray & Shocking Audio of the Toy Box Killer You Need to Hear Best UFO Podcasts That Will Abduct Your Mind Controversial Joe Rogan Experience Episodes Audio Wack Packer Beetlejuice Best Moments on The Howard Stern Show Best NoSleep Podcast Episodes To Terrify You Sexy ASMR Audio to Turn You On
Popular Categories
ASMR Business & Tech Cannabis Fashion & Beauty Gaming History Home & Garden Kids & Family Spirituality Travel
Add to playlist
New playlist