Your changes have been saved
All Audio The High Vibe Life

Start Time: 12:53 End Time: 16:45
If you're a Mom, finding the time to put together an outfit can be challenging. Here's one way to use a minimalist's style secret to putting together a great outfit while spending less time shopping and getting dressed in record time.
Category: Fashion & Beauty
Publish Date: May 08, 2021
Snipped By:
Share
station description Fun & Fashionable Spa Inspired Ways to Make Your Day A Holiday

Life's a Holladay
Tagged in this Audio:
More
Jump to Full Description Transcript
Playlists that One Stylists' Trick for Building a Mom Wardrobe to Speed Up Your Dressing Time appears on.
Share 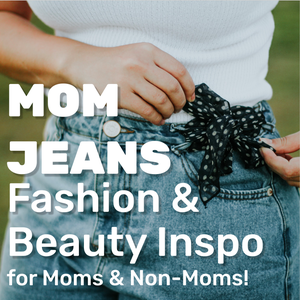 Mom Jeans | Fashion & Beauty Inspo
30:26 5/8/21 9 audios
Up Next
Full Description
Back to Top
If you're a Mom, finding the time to put together an outfit can be challenging. Here's one way to use a minimalist's style secret to putting together a great outfit while spending less time shopping and getting dressed in record time.
Transcripts
Back to Top
it's totally my happy space. Yes. I can't say that I've ever had a guess before where they would be this fitting. So let's talk about this. So let's talk about closets. Let's talk about wardrobes. I love what you said um uh in your, you know, in your bio, to me about building a wardrobe with intention and buying less stuff. I know for me, I don't know if it's that I'm getting older, I don't know if that minimalism is like a trend now or if I just like less clutter, but I too have really been much more intentional about the things that I'm buying. I'd rather spend more money on something. I know I'm going to have for a longer period of time than just something trendy that I buy because it's on sale and then like a year later I find it in the back of the closet with the price tag still on it. Um but you know, this is definitely an evolution. I think that we have to get to, so can you speak to like what is the key to having a great wardrobe and how do we become more intentional and build something that is, serves us better, but actually has less stuff in it? Yeah, so I joked that I'm the only wardrobe stylist who's going to tell you to buy less stuff, but it's really true when you have fewer things, each thing matters to you more. Each thing is more important to you. Each thing is more special. You know, it's funny when I go into a closet with a woman who has one black t shirt, that black t shirt is in great condition, right? It fits her nicely, the neckline is right, it doesn't have those weird holes right by the belly button. Um it's a great black t shirt. When I go into a closet with a woman who has 10 black t shirts, they're all kind of a mess. There isn't one good one. So I think when we focus on the quality rather than the quantity all of a sudden your style gets an instant boost, right? Just just you just look better because you're a nicer things. Um it's also less stuff to maintain. You know, I teach capsule wardrobe, that's kind of a big thing that I do and I teach capsule wardrobe workshops. Can you just, okay? I love that. You just said that, but can you just for anybody who's listening, who doesn't know what that is? Because I think this is a newer term for many people. Can you just quickly explain what a capsule wardrobe is? Absolutely. So a capsule wardrobe is? It's that mix and match wardrobe that everybody's always wanted, right? So it uses a limited number of pieces for a season and it is really versatile basics mixed with a few fun trends that come together and mix and match to make more outfits than you could ever ever dream of. So, I do, I do capsule wardrobes as part of my services. Um, and I put out for casual capsules a year and two workwear editions. The current capsule that just launched last night actually, um, is 34 pieces and at last count, I had over 200 outfits in the guide. So it's 34 pieces for the season. And that includes tops, bottoms, accessories, shoes, everything, yep, it's tops, bottoms, dresses, skirts, um, accessory scarves, everything. I didn't put a handbag in there this time because women never by the handbag. But um, yeah, it's everything that you need. And the nice thing is, is it sort of carries over from my fall capsule now going into winter re uses a lot of the same pieces. So you're not, you shouldn't be buying 35 pieces every single season, right? Because that would get really, really expensive. But you know, like a good black Ponti pant. Um we use that for fall, we're reusing it again in the winter, will probably use it again for spring, depending on where people live. So it is not about having, you know, I can't do math, that's why address people. But you know, not 35 people pieces per season, but it's using those and kind of putting everything else away and saying, I'm just using this anyway. So when I teach these capsule workshops, women always say, I don't want to do laundry all the time, but it isn't the doing of the laundry.
Up Next
Popular Playlists
Best Yoga Podcasts: Listen & Learn New Poses Sour Shoe's Greatest Moments on The Howard Stern Show Listen to: Top 15 Funniest Barack Obama Quotes 9 Game Design Podcasts Every Game Designer Needs to Hear 7 Podcast Episodes About The Golden State Killer That Will Keep You Up at Night David Parker Ray & Shocking Audio of the Toy Box Killer You Need to Hear Best UFO Podcasts That Will Abduct Your Mind Controversial Joe Rogan Experience Episodes Audio Wack Packer Beetlejuice Best Moments on The Howard Stern Show Best NoSleep Podcast Episodes To Terrify You Sexy ASMR Audio to Turn You On
Popular Categories
ASMR Business & Tech Cannabis Fashion & Beauty Gaming History Home & Garden Kids & Family Spirituality Travel
Add to playlist
New playlist