Your changes have been saved
All Audio The Last Laugh

Patton Oswalt "Turning 50" joke from "I Love Everything"

From Audio: Patton Oswalt Sounds Off 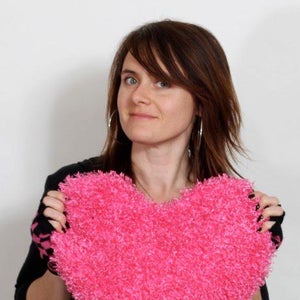 Molly Ann Hale
Tagged in this Audio:
More
Jump to Full Description Transcript
Playlists that Patton Oswalt "Turning 50" joke from "I Love Everything" appears on.
Share 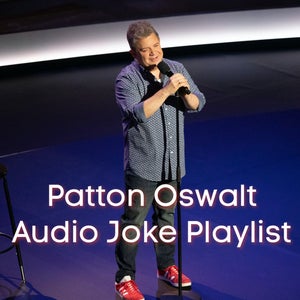 Patton Oswalt - Audio Playlist of Jokes
12:30 1/28/21 7 audios
Up Next
Full Description
Back to Top
Patton Oswalt's hilarious joke about turning 50 from his Netflix special, "I Love Everything."
Transcripts
Back to Top
so. And if you were to fly a helicopter low over the earth, you know what you would say. You'd see people in their twenties gobbling drugs, eating delicious food, having sex people in their thirties with actual jobs, making the world run. Yeah, people in their forties trying to fuck the 20 year olds and then us gentle surrendered 50 year olds on our little futility ovals. We've got our earbuds in listening to podcasts what you're done by 20 year olds that nobody wants to fuck thing on the podcasts. 30 year old just selling boner pills with 40 year olds and then way off in the distance. Our 60 year olds vaguely afraid of Muslims. And that's the world we live in. So don't fight that cycle, folks. That's just how it is.
Up Next
Popular Playlists
Best Yoga Podcasts: Listen & Learn New Poses Sour Shoe's Greatest Moments on The Howard Stern Show Listen to: Top 15 Funniest Barack Obama Quotes 9 Game Design Podcasts Every Game Designer Needs to Hear 7 Podcast Episodes About The Golden State Killer That Will Keep You Up at Night David Parker Ray & Shocking Audio of the Toy Box Killer You Need to Hear Best UFO Podcasts That Will Abduct Your Mind Controversial Joe Rogan Experience Episodes Audio Wack Packer Beetlejuice Best Moments on The Howard Stern Show 12 Best Episodes of the NoSleep Podcast to Keep You Up at Night Sexy ASMR Audio to Turn You On
Popular Categories
ASMR Business & Tech Cannabis Fashion & Beauty Gaming History Home & Garden Kids & Family Spirituality Travel
Add to playlist
New playlist