All Audio Us Weekly's Bachelor Podcast - Here For The Right Reasons

From Audio: Peter Weber and Dustin Kendrick Tell Us What You Didn’t See on Hannah Brown’s ‘Bachelorette’ Season 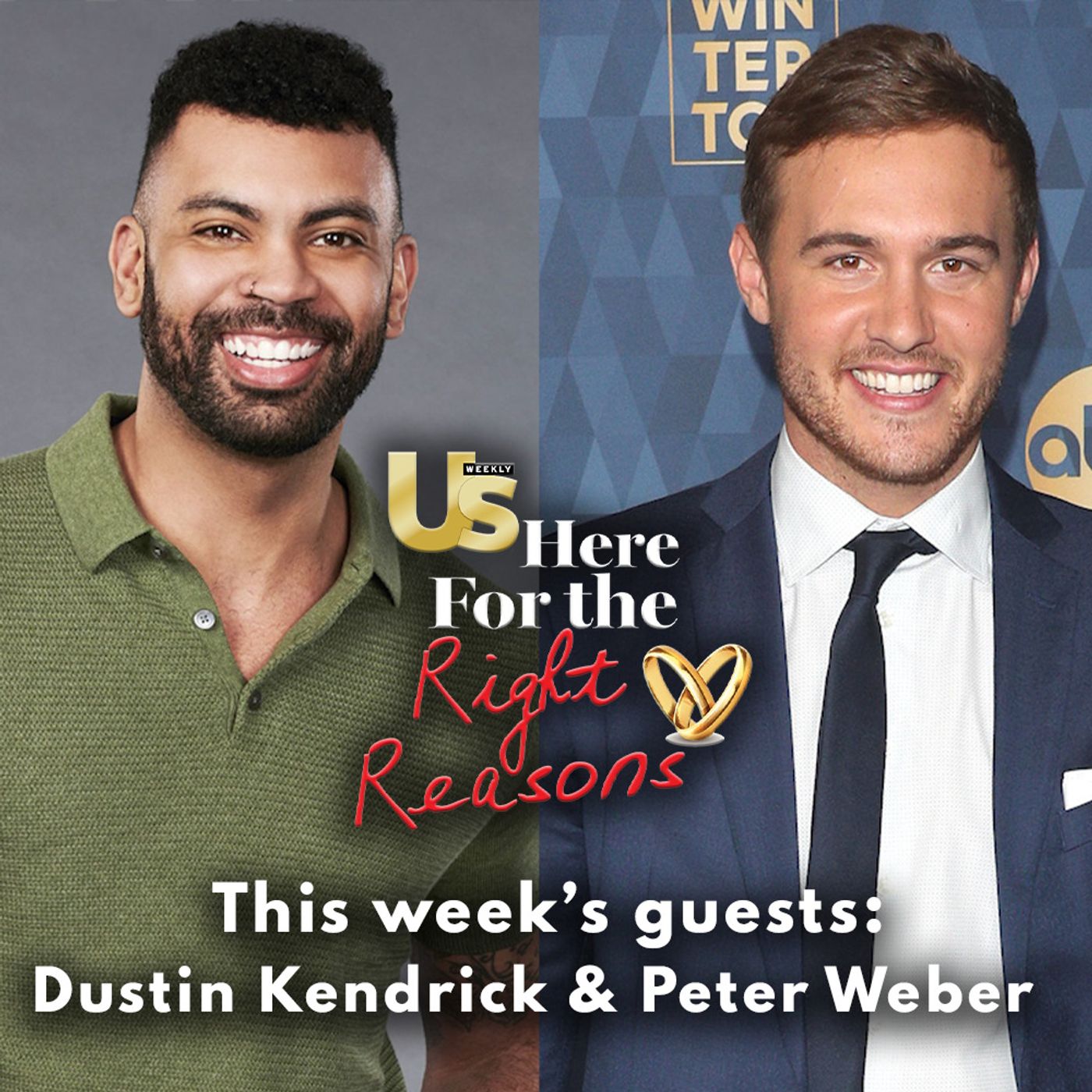 Erica Sullivan
Tagged in this Audio:
More
relationships podcasts celebrities relationship-advice bachelor-bachelorette
Jump to Full Description Transcript
Found on these Playlists
Full Description
Back to Top
Season 24 Bachelor Peter Weber and fellow Bachelorette season 15 alum Dustin Kendrick join host Sarah Hearon to reflect on Hannah Brown’s season and their new podcast, “Bachelors in the City.”
Transcripts
Back to Top
I am joined now by Peter Webber and Dustin Kendrick who are launching their new podcast Bachelors in the city. We're going to get into that and so much more today. But first, Hi guys, how are you doing Good, How are you doing awesome. Yeah, good to be here. Um you guys obviously met on Hannah Brown season of the Bachelorette, was it, was it love at first sight for this friendship for this romance? How would say so? So I always tell people so I'm actually a Diehard Seattle Seahawks fan and our quarterback Russell Wilson. So my first impression was I thought he was a Russell Wilson two point I looked like. And so that's kind of like the first thing we ever talked about when we first met. I remember him he had this site super sharp at this blue suit on, but he had these white converse. I've never seen that looking for. It was very, very dressed, was very casual. So um yeah, it's kind of from the very beginning yeah, what do you remember what Peter was wearing Dustin? I know he has a great detail, but no people's wearing his uh this captain uniform pilot. Yeah, Pete was born, That's I guess so, yeah, that was the night. Does it feel like that season filming? That was a long time ago, or does it still feel like it was yesterday because a lot has gone on for both of you since then? Yes and no, for both of those, some days I'm like man, it feels like yesterday, but then I'm like I was kind of a long time that season for me specifically what it feels like you want to go for sure I can go back and obviously I have very vivid memories and great memories of it, but definitely feels like a long time ago, just crazy to think of everything that's transpired from that night. You never know what kind of going on, that type of show and that experience what it's going to kind of do for your life and where you're going to be in two years later. So no way we could have predicted this, but here we are now, Things have changed to Bachelors in the city, hence the podcast name. Tell me about it. What can fans expect from this new project of yours? I think the one thing we're really excited about is that we're both new to new york and we're just going to be talking about our experiences in new york. It won't touch much on battered things. I know a lot of do a little bit, we'll do a little bit when I got touched much on it. I think there's enough podcast out there that you know, I don't want anyone to get acquainted with. You were just talking about your stuff, but our experiences in new york and so far since we've been here, we've had some fun, crazy experiences and just, yeah, we want to share that and uh yeah, we'll find a way to engage with everyone else. Yeah, this city just obviously has so much to offer again, I guess is that we're both brand new to it. I'm from L. A. He's from Chicago originally and just kind of how this all came about in this whole roommate situation. You know, it's a good story behind that and um kind of inspiration for this podcast and hopefully we can just inspire people to kind of fall in love with the city as much as we have, so it'll be fun. Yeah. Is there a weird pressure to talk about bachelor stuff though on the other end? Because like when things happen, I feel as though there's this weird thing that alums or former bachelors or contestants like have to like really statements on things that have nothing to do with them. And I'm just wondering how that is right now, because that's kind of weird. That's honestly you bring up such a great point. It's so it's like, there's like this this expectation where you have to, like, comment on stuff that literally has nothing to do with you feel about that. I don't, I I probably should more, but but I know, but you know, we what do I think we're just trying to say, well, it's not gonna be solely focused around the bachelor, that's not what this is. Obviously, you know, our audience is gonna want to hear a little bit about that. We will do like, a little love segment for sure. Some like, uh, you know, dating advice, whether it's good or not, we'll give you our advice and, uh, have fun with that. But yeah, a little bit about your we'll Give our two cents and then we'll get out. We won't have to go four more.
Up Next
Add to playlist
New playlist