Your changes have been saved
All Audio Love and Luck

Share
station description A queer slice of life romance story, with a touch of magic.

Start Time: 00:15 End Time: 05:08
Kane and Jason play phone tag—trying to catch up after their string of dates. They never quite get ahold of each other, but their answering machines tell the story of a budding romance.
Category: Fiction Drama
Publish Date: Jun 04, 2021
Snipped By:
Share 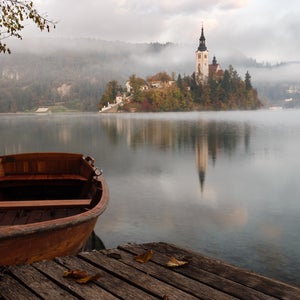 8 of the Best Podcasts like The Two Princes
01:13:29 6/4/21 9 audios
Up Next
Full Description
Back to Top
Kane and Jason play phone tag—trying to catch up after their string of dates. They never quite get ahold of each other, but their answering machines tell the story of a budding romance. And even though Jason might get nervous about the length of his calls, or the fact he leaves messages at all, Kane always reassures him that things are ok.
Transcripts
Back to Top
Mhm. Hi, it's Kane. I just wanted to say I had a lot of fun last night and I'd like to do it again if you can give me a call back if you are and we'll see if we can find a good time. Ah Hey, Jason here, sorry, I missed your call. I had a really good time to and I'd definitely like to see you again. You have to go to the greyhound Hotel. It's a gay pub slash nightclub in ST kilda. There's a drag show tomorrow, which is always amazing as well as good tunes and dancing. Maybe I'll see you there. Ah Hey, it's keen again. Looks like I missed you again. I haven't been to the greyhound but it sounds like it could be fun, so I'll give it a shot. I'll see you there. Ah Hi Jason. It's Kane. I just wanted to say normally clubbing really isn't my thing, but I actually had a lot of fun last night. Thanks for showing me such a good time. Ah Hey, it's Jason playing phone tag with you again. Were clearly very bad at actually answering our phones anyway, I had a really good time last night too and you're a lot of fun to be around to the point. I'm kind of surprised to hear that clubbing isn't normally your thing because you definitely kept up with the best of us. You can pick what we do next time though, that seems only fair. Ah I mean if you'd like to hang out again sometime, obviously if you don't want to then don't worry about it, I won't take it personally. I'm not like assuming that we'll be going out again. I don't want to pressure you or anything, don't feel like obligated or whatever. Ah Hey, so those last voicemails were weird. I am sorry about that. Uh I'd like to see you again if you'd like that too. Yeah. Ah Hey, it's Kane, you're pretty cute when you're flustered, you know? And yeah, I'd love to hang out again. How about something a little more one on 1 this time. Coffee and cakes anger. Ah Hey, uh It's me again. Yeah. Coffee and cake sounds really good. I'm free like old tomorrow and the next day. So just text me the details and I'll see you then. Hey, sorry if I'm like too enthusiastic about calling after we see each other, like I know so far, it's always me that calls first the very next day after usually in the morning and here I am doing that again right now. Uh huh. Yeah. But you know in my defense you're cute and I really like being around you. So yeah, yesterday was really nice and I'd like to see you again if you're up for it. Mhm. Shit, I'm so sorry. I keep missing your calls. It's 100% on me. I don't get up till like after midday and my phone is always on silent and yeah, I suck. I'm sorry. I would really like to see you again though, so we should do that. Ah Hey, it's me. Don't worry about missing calls. My phone is always on silent too. I mean, you may have noticed that you had to leave a message for me when you return that call. Besides, I've kind of started looking forward to getting your voicemails, which is probably the weirdest thing anyone has ever experienced. I mean who gets excited about voice mails most people don't even listen to or leave them, let alone look forward to them. But well, I like your voice and I like hearing from you. So I look forward to voicemails. like some kind of bizarre cryptid. So anyway my point is don't feel bad about missing my calls. It just gives you a reason to call me back. And if you miss me to leave me a message, apparently I like that. Ah Oh I forgot to say. How do you feel about the traditional dinner and a movie next time the queer film festival starts in a couple of days and there's bound to be a lot of interesting and relevant stuff on then and we can always afterparty if we go to a big enough showing. I know you love your party's, oh maybe opening night.
Up Next
Popular Playlists
Best Yoga Podcasts: Listen & Learn New Poses Sour Shoe's Greatest Moments on The Howard Stern Show Listen to: Top 15 Funniest Barack Obama Quotes 9 Game Design Podcasts Every Game Designer Needs to Hear 7 Podcast Episodes About The Golden State Killer That Will Keep You Up at Night David Parker Ray & Shocking Audio of the Toy Box Killer You Need to Hear Best UFO Podcasts That Will Abduct Your Mind Controversial Joe Rogan Experience Episodes Audio Wack Packer Beetlejuice Best Moments on The Howard Stern Show Best NoSleep Podcast Episodes To Terrify You Sexy ASMR Audio to Turn You On
Popular Categories
ASMR Business & Tech Cannabis Fashion & Beauty Gaming History Home & Garden Kids & Family Spirituality Travel
Add to playlist
New playlist