Your changes have been saved
All Audio Reading, Writing, Rowling 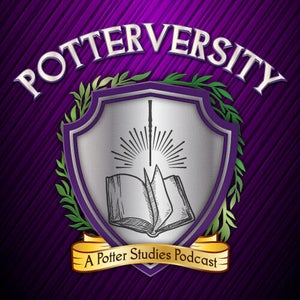 Investigate bullying at Hogwarts on this month’s episode.

In this episode, Emily and Katy talk with Ithaca College’s Katharine Kittredge and Carolyn Rennie about the history of bullying and how it relates to the social and educational environment at Hogwarts. We talk about what makes a bully and
Category: Audiobooks & Stories
Publish Date: Oct 11, 2021
Tagged in this Audio:
More
Jump to Full Description
Snippets are a new way to share audio!
You can clip a small part of any file to share, add to playlist, and transcribe automatically. Just click the to create your snippet!
Snippets: Clips of Potterversity Episode 14: Hogwarts Bullies that people like

There are currently no playlists containing this audio.
Add this audio track to one of your playlists
Add to Playlist
Up Next
Full Description
Back to Top
Investigate bullying at Hogwarts on this month’s episode.

In this episode, Emily and Katy talk with Ithaca College’s Katharine Kittredge and Carolyn Rennie about the history of bullying and how it relates to the social and educational environment at Hogwarts. We talk about what makes a bully and how that conception has perhaps changed over time in the western world. Katharine explains how eighteenth-century writers tended to think of bullying as natural to children and inevitable in the school setting, especially where differences of privilege existed. The nineteenth century revised that view to consider bullying as a deviant behavior or the result of a problem in the bully’s psychology, which is more like our view today. Carolyn discusses the modern and feminine forms of bullying, especially facilitated by social media, and the volatile context in which kids can be both bullied and bullies depending on the situation at any given moment.

The Harry Potter stories’ relationship to Tom Brown’s School Days provokes a comparison of the way both portray boarding school bullying behavior. Katharine explains how bullying was regarded in the history of British boarding schools and how novels reflected real-world changes. Bullying was sometimes seen as a pedagogical strategy in institutions, as peer pressure was used to enforce social norms. We also talk about gender dynamics in the bullying in pre-Victorian school stories, and how boy-bullying and girl-bullying differed. Katharine and Carolyn point out where these echoes resound in the Harry Potter series and how they influence character development. We explore how bullying manifests in both generational and intergenerational relationships, including from teacher to student. Are Hogwarts bullies humanized over the course of the series?

From class differences to race, gender, and a variety of intersectional identities, bullying reveals intricate social dynamics in the wizarding world that have lessons for us Muggles. Join us for a thorough discussion that does not leave J.K. Rowling’s own words and actions unexamined.