Share
station description Us Weekly gives you all the tea on what we know best: The Royals! From exclusive in... read more 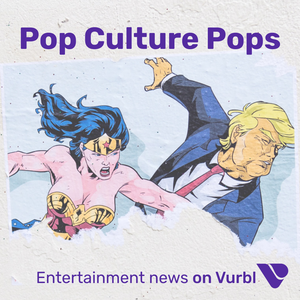 Best of Pop Culture Audio on Vurbl
04:20:47 2/19/21 19 audios
Up Next
Full Description
Back to Top
Prince William denied Harry’s daugthers christening at Windsor
Transcripts
Back to Top
all right, so it is time to spill the royalty and it is being reported that Prince William was the one that vetoed Prince Harry and Meghan Merkel's Windsor christening. So they're basically saying that Prince William was the one that said you know, I don't think that this is a good idea if harry and Megan come back and kristen a little bit, I don't know if I believe this one, what about you? I'm of two minds with this because on the one hand I totally understand why he wouldn't want them to come and do it because obviously things have been really strained between them all. But I think the other thing is if you actually, people are going to probably get mad at me for saying this but if you actually care about christening your baby and the religious aspect of it, it's not really about where you do it, it's just about kind of getting it done, you know? So it is like I understand it's tradition for the royal babies to be christened in Windsor and it's a beautiful place and everything um but I don't know, I just think if they're going to have a party for a little bit, it seems weird to do like a late christening, it just doesn't seem like the right way to do it. I don't know, I think I kind of agree with you and also like he didn't want to be a part of the royal family so you want to have a royal christening or you know keeping that it's so hard because on one hand he is part of the family, so you want him to have those traditions, but also he didn't want to have those traditions. So it's like where is this balance? I also don't know if Prince William has the authority to veto that. Like I feel like the queen would have the ultimate decision. Um but maybe Prince William, you know gave his opinion and was like, I don't think that this is necessary. Also if they came over and did that, it's what everybody would be talking about. So I feel like they should just you know, chris and the baby in California, if that's what they want and then maybe like joe little said to us last week, maybe they go back over there for the holidays this year and kind of do it that way, right? Like that's not really the point of a christening, it's not really supposed to be like a big trip and like a splashy thing, it's just supposed it's really kind of just a run of the mill like church service. And I also think to your point that William might not be the one with veto power. We all remember from their big interview, how they said that the Archbishop of Canterbury was the one was married them a few days early and then he was like no I didn't, so he's in charge of the church of England and that's a little awkward too. So I don't know, he might have been also in the background sort of like, well what if we do this and then they come out and say that they actually christened her in the backyard three days earlier. You know what I mean? You know it's true. It's true. I like we talked about it multiple times. It's like the trust factor between the royal family and Prince Harry and Meghan must be down to probably none because you don't know if you give a little if they're going to run to the press or things like that. So I'm sure there's a lot of factors that go into what they can and cannot do and can cannot say to them. So we'll say we'll see what happens.
Up Next
Popular Playlists
Best Yoga Podcasts: Listen & Learn New Poses Sour Shoe's Greatest Moments on The Howard Stern Show Listen to: Top 15 Funniest Barack Obama Quotes 9 Game Design Podcasts Every Game Designer Needs to Hear 7 Podcast Episodes About The Golden State Killer That Will Keep You Up at Night David Parker Ray & Shocking Audio of the Toy Box Killer You Need to Hear Best UFO Podcasts That Will Abduct Your Mind Controversial Joe Rogan Experience Episodes Audio Wack Packer Beetlejuice Best Moments on The Howard Stern Show Best NoSleep Podcast Episodes To Terrify You Sexy ASMR Audio to Turn You On
Popular Categories
ASMR Business & Tech Cannabis Fashion & Beauty Gaming History Home & Garden Kids & Family Spirituality Travel
Add to playlist
New playlist