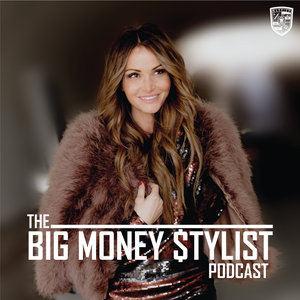 The BMS Crew is a bit sparse in this week's episode but no less fierce as Coach Ani and Val tacks the topic of Profit. This is where you are reaping the benefits of the power and production that you've put into your business. In this case with Ani and Val, it's in the salon as NBR Trainers for DKW S
Category: Fashion & Beauty
Publish Date: Feb 27, 2018
Tagged in this Audio:
More
Jump to Full Description
Snippets are a new way to share audio!
You can clip a small part of any file to share, add to playlist, and transcribe automatically. Just click the to create your snippet!
Snippets: Clips of Reaping the Benefits | BMS | Ep 008 that people like

There are currently no playlists containing this audio.
Add this audio track to one of your playlists
Add to Playlist
Up Next
Full Description
Back to Top
The BMS Crew is a bit sparse in this week's episode but no less fierce as Coach Ani and Val tacks the topic of Profit. This is where you are reaping the benefits of the power and production that you've put into your business. In this case with Ani and Val, it's in the salon as NBR Trainers for DKW Salon, but can definitely apply beyond the hair industry. For Big Money Stylist, we go over the following formula each month: Week #1: Power Week #2: Production Week #3: Profit Week #4: Protection   In This Week's Episode.....PROFIT Point #1: Profit Defined Profit means different things to different people. Monetary is the most obvious answer. The money you see from the work that you are putting in. At the end of the day it's about reaping the benefits of all the hard work, time, and energy that was put into something. It is a reflection of everything that you did. Many Artists will say I'm working hard but my account isn't reflecting the 12 hour days, 6 days a week, the exhaustion, the time away from family. At that point you have to figure out what that missing component is because the is profit isn't there.   QUESTION: How do you define profit in your life?   Point #2: Numbers Bring Clarity Val didn't give a shit about numbers because it stressed her out. She would use the excuse of "I'm an artist" to not hold herself accountable. Many artists like to operate in the space of "I'm free, I'm an artist." and because of that they tend to think numbers aren't important. The numbers tell you a story of where you're really at and many people are not ready to face that reality. Anianne has always loved numbers. She has her numbers written by month since 2013. The numbers showed her that the business decisions she was making were paying off, working less but making more money. That gave her the push to continue to make hard business moves.   QUESTION: Have you taken a hard look at your numbers recently, or are you making excuses to avoid them?   Point #3: Abundance vs. Scarcity Val would see someone who was successful, actresses, singers, etc, and think they got an inheritance or they had an "in" somewhere. She didn't realize how much hard work goes into other industries and craft. She grew up in a modest household and assumed that is how she was meant to live, not realizing she could get to another stage in her life.  Scarcity is that you don't have enough of something. It comes with a sense of fear. Abundance from an artist standpoint is not servicing every client. It is having enough leads coming in that you are doing QUALITY clients, the right kind of client for you. Once Anianne stopped feeling desperate and left the place of scarcity she was able to stop working 6 days a week, eventually cutting it in half and only working 3 days a week.  She no longer came from a place of panic.   QUESTION: Where in your life are you living in abundance and scarcity?   Point #4: Your Mental Mindshift Once Val left scarcity she wouldn't put up with the same bullshit. Clients coming in and telling her what to do, having an attitude, was no longer accepted. She knew she had the marketing tools underneath her belt to get another client  so she doesn't have to put up with it. Now everyone that sits in her chair is someone that wants to be there and trusts her in her craft. Everyone gets the amazing experience. Marketing puts the perfect client in your chair. Anianne bent over backwards for clients when she was living in scarcity. Even to the point of having to wear long sleeves to cover up her tattoos. She was making herself miserable by catering to them in fear of losing them if she didn't. Now coming from a place of abundance she is able to attract clients that she vibes and gels with. Scarcity doesn't exist inside DKW Styling Salon because the constant marketing is bringing new leads in everyday.   QUESTION: How would your life be different if you went from operating in scarcity to abundance ?   Point #5: Profit isn't just money Although both Anianne and Val have received profit in the form of money, that is not the way it has shown up in their lives. The income Val sees is great but really the freedom is the biggest result. The ability to have quality time with her kids and husband, go on vacations, and do fun things together. That is what makes everything worth it for Val.  Although Anianne was making great money in Missouri she wasn't happy there. The clients and 12 hours days were draining her mentally, emotionally, and physically. It was making her miserable. BMS showed her a new way of life and having the ability to move to California has been the biggest form of profit that Anianne has seen. It's always been a dream to live by the beach and now that is a reality.   QUESTION: In what othe
Up Next
Popular Playlists
Best Yoga Podcasts: Listen & Learn New Poses Sour Shoe's Greatest Moments on The Howard Stern Show Listen to: Top 15 Funniest Barack Obama Quotes 9 Game Design Podcasts Every Game Designer Needs to Hear 7 Podcast Episodes About The Golden State Killer That Will Keep You Up at Night David Parker Ray & Shocking Audio of the Toy Box Killer You Need to Hear Best UFO Podcasts That Will Abduct Your Mind Controversial Joe Rogan Experience Episodes Audio Wack Packer Beetlejuice Best Moments on The Howard Stern Show Best NoSleep Podcast Episodes To Terrify You Sexy ASMR Audio to Turn You On
Popular Categories
ASMR Business & Tech Cannabis Fashion & Beauty Gaming History Home & Garden Kids & Family Spirituality Travel
Add to playlist
New playlist