Your changes have been saved
All Audio College Matters. Alma Matters.

Rohith - "Having Something Special"

From Audio: Rohith Jayaraman on Berklee: A Musical Undergraduate Journey. 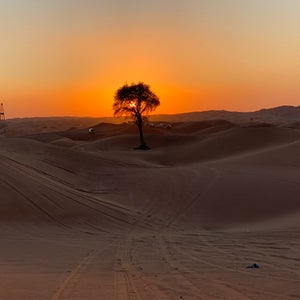 Curated
Jump to Full Description Transcript
Playlists that Rohith - "Having Something Special" appears on.

There are currently no playlists containing this audio.
Add this audio track to one of your playlists
Add to Playlist
Up Next
Full Description
Back to Top
Rohith talks about realizing he had something special - musical talent
Transcripts
Back to Top
certain things came very easily to me. Um, and I don't know whether that was a result of starting classes really early with my mom, and she very quickly put me in. Uh, she would start doing individual classes separately. It was quite convenient living in the same house. Uh, and then, um And then just being around her, teaching all day, having shows every weekend and, you know, dropping her off at sound check and hanging out there and just being around music all the time. I think I just developed a sense of either what I wanted things to sound like or what I think sounded good. And just having that kind of in my body, Uh oh, yeah, and I I felt like I had a certain level of skill. At least I always I was always around fantastic musicians all the time. So, um, that kind of competition, like the internal competition. So this is really nice that, like, you know, playful competition in a way, um, to to kind of, you know, mess around with each other and try to one up each other in a sort of casually like that. Always pushed us to to be better. And but again, I never I never considered it as something that I would I would really do, um, until I got very pointedly asked that question of like, Well, have you thought about it as a as a career? And then I as I thought about it, just it was all in the span of, like, probably that evening or the next day. But I really thought, Okay, I can sing. I can definitely sing Indian classical stuff and I've done musical theater. Obviously, I am a native English speaker. Um, I can I can definitely get by with with more, which was a popular English forms of music. Um, you know, there's a certain vocabulary that comes with every genre, and I'm sure I can. I can learn that. And if I'm in the right space, uh, I'm sure there's there's, uh, there's a way for me to to kind of find my way. Uh, but I'm also very much, uh, like a spreadsheet guy. Um and so I My, my backup was that I had always loved working with Children, especially and, you know, I would babysit and I would volunteer it. Local community centres and work, especially in special needs settings. Uh, and I I saw that Berkeley had a music therapy program, and I thought, Okay, this is a good, good balance. You know, I think I can make it, but just in case I don't make it, I also have this other really fulfilling side of things where I'm still working in music. Um, but but, uh, you know, I hopefully, uh, won't be at a loss, uh, later on in light.
Up Next
Popular Playlists
Best Yoga Podcasts: Listen & Learn New Poses Sour Shoe's Greatest Moments on The Howard Stern Show Listen to: Top 15 Funniest Barack Obama Quotes 9 Game Design Podcasts Every Game Designer Needs to Hear 7 Podcast Episodes About The Golden State Killer That Will Keep You Up at Night David Parker Ray & Shocking Audio of the Toy Box Killer You Need to Hear Podcasts About UFO & Aliens That Will Abduct Your Mind Audio Cheat Sheet To The Sexy Liberal Podcast Network Controversial Joe Rogan Experience Episodes Audio Wack Packer Beetlejuice Best Moments on The Howard Stern Show 12 Best Episodes of the NoSleep Podcast to Keep You Up at Night
Popular Categories
ASMR Business & Tech Cannabis Fashion & Beauty Gaming History Home & Garden Kids & Family Spirituality Travel
Add to playlist
New playlist