Your changes have been saved
All Audio Challenge Rating Awesome, A Dungeons and Dragons Podcast

From Audio: Trials of Omnirius S01E02 "He's allergic to BEES!" 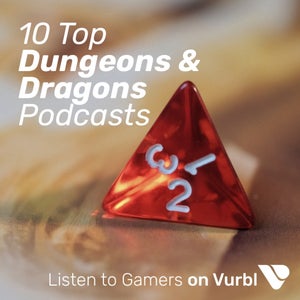 Magical Moments from the Top Ten D&D Podcasts
02:34:03 1/29/21 10 audios
Up Next
Full Description
Back to Top
You don't go adventuring without getting your hands dirty. But getting your hands dirty doesn't always mean hunting animals or killing people. In fact, if you can kill an insect, you've probably got what it takes. Just be prepared to take on the entire swarm.
Transcripts
Back to Top
through them the first time for a little bit of damage. And yeah, so you kind of managed to get all of them up in a cluster shooting actually pushes the rest of them off the shield and they kind of re gather together in one condensed ball and right before they can lunge back if you just kind of kind of split down through all of them and they feel about crunching against your shield. Against your shooting is like the Beatles have been defeated. Shooting have been defeated. They have been toppled. Don't show your fear or disgust. She was going to hold. He's going to hold back a lurch. I don't believe that they are skilled in mammalian habits. I think they just are bugs, Lucas. What gah, gee, I'm not telling the bugs and I'm disgusted. Shoot back up. You told him not to be afraid because they can sense fear. They can't show weakness to your shows weakness to your adversaries. I'll do my bus. I take my finger to his mouth and be like, no, I want you to vomit on his hand right now. Shooting shooting. All right, I'm doing it. You guys want to do is I need to know things. No, no, no, he doesn't he? Yeah, he kind of like good. He takes one begrudging gulp and it gives you another shaky thumbs up. Kind of like waiting for a call over. You think he did it already, didn't he? It was on camera. Yeah, they saw they saw you baby dribble a little bit of green sputum way disturbance in the coliseum way Lucas way? Yes I am going to wait two more fireballs that these fuckers do it. Mhm. Does fuck done it. Hit? What did you roll? It was last time. Alright yeah. You just kind of like die bugs and they just kind of you know flail around it. They actually come back together and form a little middle finger and then they swarm and buzz away again. The bonus action I'm gonna flame on. You cannot do it best protection. I thought it was the swarm first warm you're right stinging swarm comes. Yes yes yes it's me and then shoot you and then you know after they disk or parade from that middle finger like figure they're gonna bust after you again. Yeah, does attend hit so yeah you guys seem to be at a stalemate that kind of swarm around and extend as like one giant you know column of bug at you and you kind of dodge out of the way, loop around fireballs and just kind of jump out again and then again you guys are in this dance of idiocy that's taking place right now right now it is vespertine stern. Kill them. Fantastic. I'm casting hands radiance again. Six they have to do a constitution saving 13 is I think what you need to be, they do not succeed not constitutional. Just just just poof with that last blast burning radiance or do you want to do it hand and I want to have it kind of shoot forward and are they all in one cohesive unit or they're actually attacking down one? Like they're kind of like coming at him in one that bullet shaped oblong, fantastic. I wanted to basically be flamethrower? S like the bird ingredients comes out of my hand and as they're coming towards me it's basically like head on and it's just yeah, so actually ducks this last one out of the way as they're going at him and he as he's running, he kind of slides down on his two ft into the bushes off to the side and you kind of whip around and spin fire this beam of radiance and as they come into it they are just, it's too late for them to turn their incinerated as they pass through and there's a little burst of light when that happens. Yes, experience. I find out later. We need to get to the top of the tower, chafing my tits. That was how many roads for four rounds five rounds 43, so less than a minute, less than a minute because I hit my first one. I missed the next to right. We immediately start sprinting with double as fast as we can wait. Can't cast cast and run. I need concentration take 67
Up Next
Popular Playlists
Best Yoga Podcasts: Listen & Learn New Poses Sour Shoe's Greatest Moments on The Howard Stern Show Listen to: Top 15 Funniest Barack Obama Quotes 9 Game Design Podcasts Every Game Designer Needs to Hear 7 Podcast Episodes About The Golden State Killer That Will Keep You Up at Night David Parker Ray & Shocking Audio of the Toy Box Killer You Need to Hear Best UFO Podcasts That Will Abduct Your Mind Controversial Joe Rogan Experience Episodes Audio Wack Packer Beetlejuice Best Moments on The Howard Stern Show 12 Best Episodes of the NoSleep Podcast to Keep You Up at Night Sexy ASMR Audio to Turn You On
Popular Categories
ASMR Business & Tech Cannabis Fashion & Beauty Gaming History Home & Garden Kids & Family Spirituality Travel
Add to playlist
New playlist