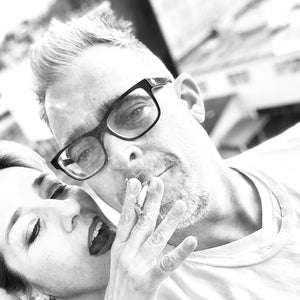 Living Colorful Beauty is a twisted, intensely character-driven ride. In Living Colorful Beauty, author Jonathan Harnisch tells the story of Ben, a man diagnosed with Tourette's syndrome, schizoaffective disorder, and several other issues. Ever since his youth, Ben has been both plagued by mental il
Category: Cannabis
Publish Date: Jul 04, 2016
Jump to Full Description
Snippets are a new way to share audio!
You can clip a small part of any file to share, add to playlist, and transcribe automatically. Just click the to create your snippet!
Snippets: Clips of Room of Books: Living Colorful Beauty that people like

There are currently no playlists containing this audio.
Add this audio track to one of your playlists
Add to Playlist
Up Next
Full Description
Back to Top
Living Colorful Beauty is a twisted, intensely character-driven ride. In Living Colorful Beauty, author Jonathan Harnisch tells the story of Ben, a man diagnosed with Tourette's syndrome, schizoaffective disorder, and several other issues. Ever since his youth, Ben has been both plagued by mental illness and obsessed with venality. As he navigates through an unstable, directionless life and leaves a string of shattered romances in his wake, he generates a fictional character, Georgie Gust, to deal with his many paraphilias and neuroses. But with the introduction of a new psychotherapist, Ben may have a chance to let go of his doppelgänger as well as his overwhelming insecurity. Though the book is saturated with Ben's sexuality, its prevailing theme is actually his struggle to come to terms with his mental health. The entire book reads like a Freudian therapy session, so the ultimate resolution of Ben's problems is appropriate. Ben's internal creative process is integral to the book's effectiveness, since much of the psychoanalysis Ben receives seems to come from himself through the lens of his fictional creation, Georgie. The book features an almost claustrophobic amount of navel-gazing, which may be intentional. At times, the reading experience leaves no doubt as to how the book's main character could drive himself crazy with his recursive, obsessive self-examination. Ben and Georgie have an interesting and nuanced relationship. At times Ben seems completely unable to control his double while simultaneously being one with him. He often reassures himself that his creation is the inferior man, citing Georgie's pumpkin-like body as the reason that nobody will ever want him. On the other hand, of the two of them, Georgie seems to have the more active love life. Ben reaches for emotional intimacy through relationship after relationship, but his illness, issues with women, and physical demands--the Georgie in him--constantly hamper his progress. As the narrator, Ben's point of view colors all of the other characters. Several of these, in addition to Georgie, are or may be fictional, mere expressions of Ben's illness. This is especially true of the women in Ben's life. There are comparatively very few men in this story, but the women are usually of a seductive and even predatory type. Ben aggressively sizes up the ladies he knows, from his girlfriends to his therapist, in terms of their attractiveness, perhaps in an attempt to balance the scales, since in his own perception, women are domineering copies of his own terrifying mother. Part of Ben's evolution is to move toward a valuing of women beyond his mother issues, a satisfying direction for this character to travel. Living Colorful Beauty is a twisted, intensely character-driven ride that ends on a hopeful note. It may interest fans of Charles Bukowski and Tom Robbins.
Up Next
Popular Playlists
Best Yoga Podcasts: Listen & Learn New Poses Sour Shoe's Greatest Moments on The Howard Stern Show Listen to: Top 15 Funniest Barack Obama Quotes 9 Game Design Podcasts Every Game Designer Needs to Hear 7 Podcast Episodes About The Golden State Killer That Will Keep You Up at Night David Parker Ray & Shocking Audio of the Toy Box Killer You Need to Hear Best UFO Podcasts That Will Abduct Your Mind Controversial Joe Rogan Experience Episodes Audio Wack Packer Beetlejuice Best Moments on The Howard Stern Show 12 Best Episodes of the NoSleep Podcast to Keep You Up at Night Sexy ASMR Audio to Turn You On
Popular Categories
ASMR Business & Tech Cannabis Fashion & Beauty Gaming History Home & Garden Kids & Family Spirituality Travel
Add to playlist
New playlist