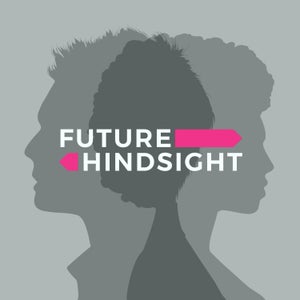 Run for Something: Amanda Litman

Helping Diverse First Time Candidates Run Since its founding, Run for Something has helped elect 515 young, local officials across 46 states. A third of those elected officials are between 25 and 30, 10% are between the ages of 18 and 24, a third are women of color, and 11% are LGBTQ. Electing young
Category: Government
Publish Date: Aug 26, 2021
Jump to Full Description
Snippets are a new way to share audio!
You can clip a small part of any file to share, add to playlist, and transcribe automatically. Just click the to create your snippet!
Snippets: Clips of Run for Something: Amanda Litman that people like

There are currently no playlists containing this audio.
Add this audio track to one of your playlists
Add to Playlist
Up Next
Full Description
Back to Top
Helping Diverse First Time Candidates Run Since its founding, Run for Something has helped elect 515 young, local officials across 46 states. A third of those elected officials are between 25 and 30, 10% are between the ages of 18 and 24, a third are women of color, and 11% are LGBTQ. Electing young diverse candidates compounds on itself. After transwoman Danica Roem was elected in 2017, many other trans people decided to run for office. Local and State Races Run for Something focuses on local and state elections because of their impact on people’s daily lives. Members of state legislatures have control over election administration, school boards have real power over what children learn, city and municipal officials have real control over police reform, and more. Winning local office is often easier to achieve than state or national leadership and has more direct impact on constituents. Better Governance Electing younger, more diverse candidates has resulted in better governance. Jessica Ramos of New York State has introduced groundbreaking legislation to combat wage theft; Florida State Rep Ana Eskamani helped more than 30,000 Floridians access unemployment insurance; and Texas State Rep James Talarico helped lower the price on insulin in his state. FIND OUT MORE: Amanda Litman is the co-founder and executive director of Run for Something, which recruits and supports young, diverse progressives running for down-ballot office. Since launching in 2017, RFS has identified more than 75,000 young people who want to run, endorsed nearly 1,500 and elected nearly 500 across 46 states, mostly women and people of color. Politico named Run for Something (and Amanda) one of the 50 ideas driving politics in 2018. Bloomberg called her one of the people to watch in 2019. Fortune named her to their annual 40 under 40 list in 2020. Before launching Run for Something, Amanda worked as a digital strategist — she served as Hillary Clinton’s 2016 presidential campaign, the digital director for Charlie Crist's 2014 Florida gubernatorial campaign, the deputy email director for Organizing for Action, and an email writer for Barack Obama’s 2012 re-election campaign. You can follow her on Twitter @amandalitman.
Up Next
Popular Playlists
Best Yoga Podcasts: Listen & Learn New Poses Sour Shoe's Greatest Moments on The Howard Stern Show Listen to: Top 15 Funniest Barack Obama Quotes 9 Game Design Podcasts Every Game Designer Needs to Hear 7 Podcast Episodes About The Golden State Killer That Will Keep You Up at Night David Parker Ray & Shocking Audio of the Toy Box Killer You Need to Hear Best UFO Podcasts That Will Abduct Your Mind Controversial Joe Rogan Experience Episodes Audio Wack Packer Beetlejuice Best Moments on The Howard Stern Show 12 Best Episodes of the NoSleep Podcast to Keep You Up at Night Sexy ASMR Audio to Turn You On
Popular Categories
ASMR Business & Tech Cannabis Fashion & Beauty Gaming History Home & Garden Kids & Family Spirituality Travel
Add to playlist
New playlist