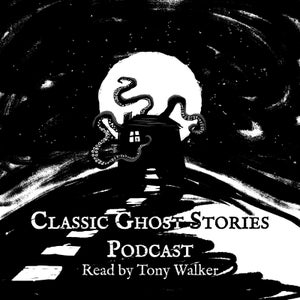 41:28
Play Audio
Add to Playlist
Share Report
Well after midnight in a newsroom high up above the city, a strange story comes tip-tapping in down the night wire. John Morgan, the night wire expert, turns the morse code into words and the words reveal a mystery. A town no one has heard of is brought to a standstill by a weird fog. This weird fog
Category: Society & Culture Arts
Publish Date: Sep 18, 2021
Tagged in this Audio:
More
podcasts
Jump to Full Description
Snippets are a new way to share audio!
You can clip a small part of any file to share, add to playlist, and transcribe automatically. Just click the to create your snippet!
Top Snippets - S02E49 The Night Wire by H F Arnold

There are currently no snippets from S02E49 The Night Wire by H F Arnold.
Snippets are an easy way to highlight your favorite soundbite from any piece of audio and share with friends, or make a trailer for Classic Ghost Stories by Tony Walker
Create a Snippet
Found on these Playlists

There are currently no playlists containing this audio.
Add this audio track to one of your playlists
Add to Playlist
Full Description
Back to Top
Well after midnight in a newsroom high up above the city, a strange story comes tip-tapping in down the night wire. John Morgan, the night wire expert, turns the morse code into words and the words reveal a mystery. A town no one has heard of is brought to a standstill by a weird fog. This weird fog rolls right out of the graveyard and in it are seen twisted wailing forms. But this tale is stranger even that that. But you'll have to listen to find out why. This pulp story from 1926 was a favourite of HP Lovecraft. Even its author is an enigma. Or is he? The story inspired Stephen King to write The Mist in 1981 which was made into the 2007 movie of the same name."H. F. Arnold was an American pulp-era writer who wrote only three published stories. Despite this low output, ‘The Night Wire’ (1926), first published in Weird Tales, is considered the most popular story from the first golden age of that magazine. Lovecraft is said to have loved this story. "Arnold’s only other published stories were The City of Iron Cubes in the March/April 1926 edition of Weird Tales, and When Atlantis Was in the October and December 1937 issues of Amazing Stories. Who is who is an enigma. The content of The Night Wire suggests he was a newspaper man in a big city in the USA.We have dates for his life as 1902 until 1963, making him 61 at the time of his death, and 24 when The Night Wire was published. How we know his dates, I’m not certain.If you read most anthologies, we don’t even know if he was really called H F Arnold. But then someone called William Russo did some research and found out a lot about him.Here’s a link to the full storyhttps://www.goodreads.com/book/show/18131763-the-night-wireIt turns out that he was Henry Ferris Arnold who graduated from the Mid-West and went to work in Hollywood working in publicity (we’d call it marketing now) for movies. He started at Goldwyn Studies and became Sam Goldwyn’s Director of Publicity. There’s something about that night radio DJ thing. Play Misty for me. Other associations are being on night shift. Film noir. The Weird Anthologyhttps://amzn.to/3kF1LSrThe Night Wire read by by E F FrenchYouTubeWilliam Russo’s review on Good ReadsThe Night Wire by H.F. ArnoldStory suggestions by email pleaseClassicghostpodcast@gmail.comIf You Appreciate The Work I’ve Put In Here Become A Patreon For Bonus StoriesOr buy me a coffee , if you’d like to keep me working. Music by The Heartwood Institute
Up Next
Add to playlist
New playlist