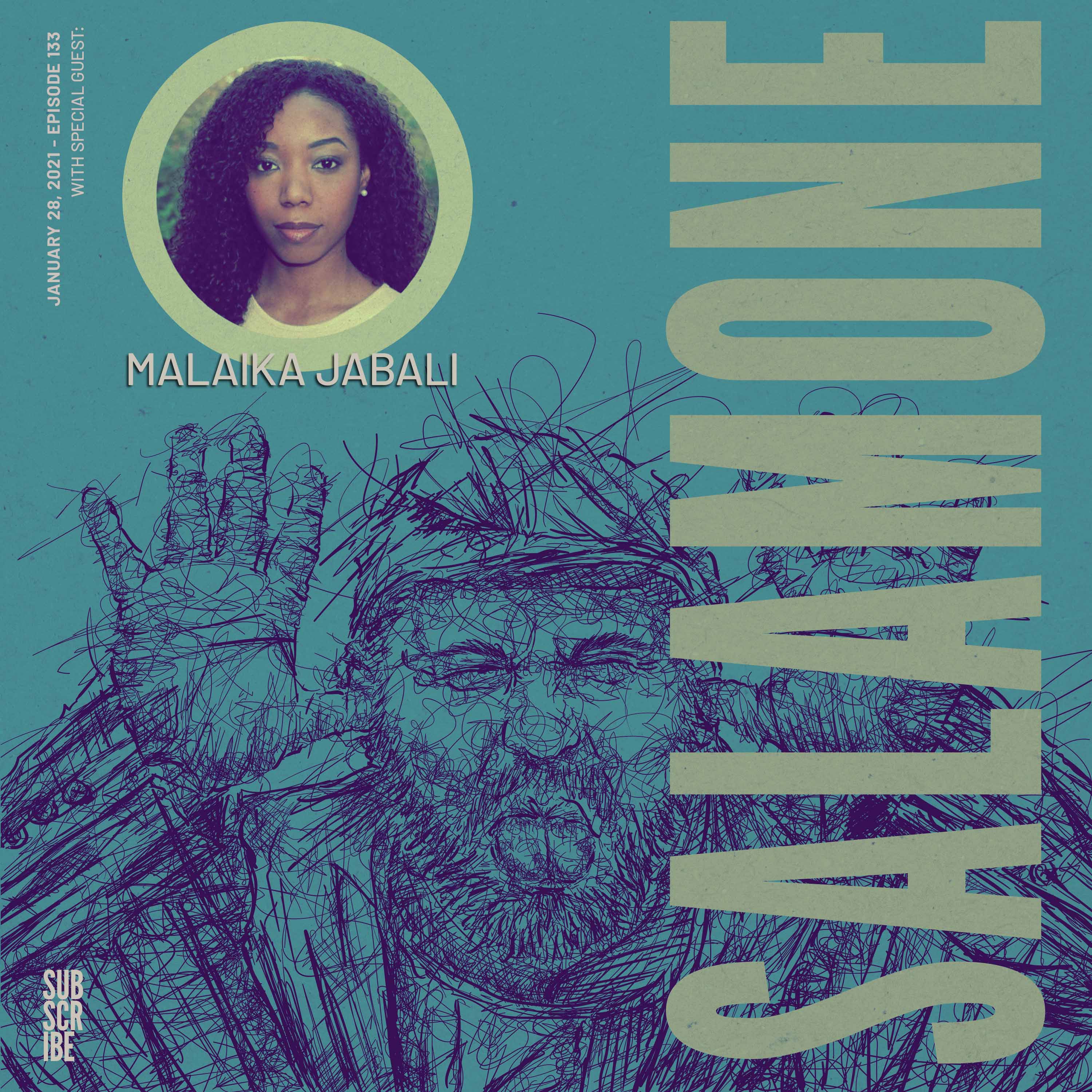 Share
station description Michael Salamone blathers on about something. With guests. Mostly.

[podcast_subscribe id="23590"]Michael Salamone chats with Malaika Jabali, a public policy attorney, writer, and activist whose work has appeared in Essence, Teen Vogue, The New Republic, Vox, The Root, The Intercept, and The Guardian where she is a columnist. Her writing on race and politics ha
Category: News & Politics
Publish Date: Jan 28, 2021
Jump to Full Description
Snippets are a new way to share audio!
You can clip a small part of any file to share, add to playlist, and transcribe automatically. Just click the to create your snippet!
Snippets: Clips of Salamone (the podcast) ep.133 with Malaika Jabali that people like
Add to Playlist
Share

01:34
Malaika Jabali on Representation vs Advocacy
News & Politics
1 like
Playlists that Salamone (the podcast) ep.133 with Malaika Jabali appears on.

There are currently no playlists containing this audio.
Add this audio track to one of your playlists
Add to Playlist
Up Next
Full Description
Back to Top
[podcast_subscribe id="23590"]Michael Salamone chats with Malaika Jabali, a public policy attorney, writer, and activist whose work has appeared in Essence, Teen Vogue, The New Republic, Vox, The Root, The Intercept, and The Guardian where she is a columnist. Her writing on race and politics has led to appearances on NPR, BBC Radio, The Michael Brooks Show, among others.We discuss a host of issues, including representation vs advocation.Follow Malaika on Twitter @MalaikaJabali and visit MalaikaJabali.com. Check out her documentary, LEFT OUT on YouTube.Try out Michael’s new FREE music streaming service at Bloopidy.com.Don’t forget to subscribe to THIS podcast so not to miss out on these conversations. Until next time, you be you, and let’s please be good to each other. Cheers.
Snippet Transcripts

Malaika Jabali on Representation vs Advocacy
21:54-23:28
you know young folks who are marginalized, who are in minority groups to be able to see that they can accomplish things when white supremacy has convinced them and their parents and their grand parents for, you know, generations that they're not capable of leadership. I think that is important. I also think that we have moved to a point where economic conditions are so critical. Um, and you know, economic despair for for folks all over the country are so critical that we have to focus on policy next. So if you're leadership hinges on you just being a black face and a high place and it's not ideologically sound, if you are not devoted toe, you know, providing a riel affordable housing, that's the issue. We deal with the New York City all the time. People say it's affordable. It's not really affordable. They're just kind of giving these giveaways to developers. Just create more or, you know, market rate housing. You say you know that you want to see, you know, black folks just have small businesses. But what about like the masses of working class black people? If you are not focused on, you know, giving folks really, really material benefits. Like, at this point, I do not care. I really don't. I do not have, you know, that central mental feeling in part? Because I think I had the privilege of seeing it all of my life. Um, but also because I've seen so many of my people struggle, and I'm tired of seeing that too.
Up Next
Popular Playlists
Best Yoga Podcasts: Listen & Learn New Poses Sour Shoe's Greatest Moments on The Howard Stern Show Listen to: Top 15 Funniest Barack Obama Quotes 9 Game Design Podcasts Every Game Designer Needs to Hear 7 Podcast Episodes About The Golden State Killer That Will Keep You Up at Night David Parker Ray & Shocking Audio of the Toy Box Killer You Need to Hear Podcasts About UFO & Aliens That Will Abduct Your Mind Audio Cheat Sheet To The Sexy Liberal Podcast Network Controversial Joe Rogan Experience Episodes Audio Wack Packer Beetlejuice Best Moments on The Howard Stern Show 12 Best Episodes of the NoSleep Podcast to Keep You Up at Night
Popular Categories
ASMR Business & Tech Cannabis Fashion & Beauty Gaming History Home & Garden Kids & Family Spirituality Travel
Add to playlist
New playlist