Your changes have been saved
All Audio My First Million 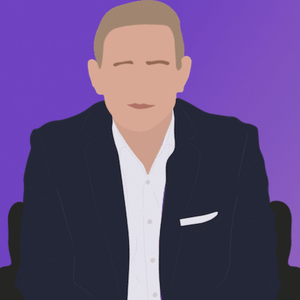 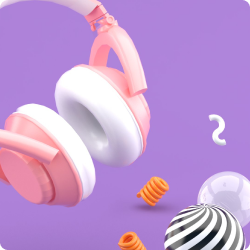 Marketing Strategy
02:43 11/20/20 1 audio
Up Next
Full Description
Back to Top
Sam Parr and Shaan Puri, hosts of the My First Million podcast talk about how Sam launched his business using his name drop editorial strategy. Put short, Sam jammed in as many names, email the individuals mentioned and drove millions of site visits in the first month.
Transcripts
Back to Top
Sam Parr: So when I launched so my company before this we had a roommate matching app, and in order to make it popular, we weren't gonna spend any money in marketing. But I knew how to make things go viral and one of the there's a few tenants or a few rules for making things go viral. Ah, couple of them are to uh, Be very specific and name names that only certain people know. But they're passionate about. And when we had our app were we launched in Chicago, Boston, New York, L. A. In San Francisco and one other city and we made infographics that it was like the stereotypical roommates of different neighborhoods. Shaan Puri: Right... Sam Parr: And we said like, and we very specifically did it this way because we were like, all right, So for those who don't live in San Francisco, there's a neighborhood called the Marina and their stereotype, this frat bro. So we put, like, eats at this restaurant every morning. Shaan Puri: Yup. Sam Parr: Uh, where's this type of clothing? Which is like a local marina shop? Get eats cupcakes. Here we did all that stop of shit and it got shared like crazy. So the strategy was named as many names as possible on we piled it with names. And then we emailed all the people who we mentioned, and it got seen by millions of people in the first month. And we got tens of thousands of free users from it. It works so well. Shaan Puri: I love that. That is, that is that is a perfect example of this. This marketing idea and tactic that I've always like again observed, It is pretty effective. It's also kind of bullshit. Wait, could I create some bullshit like this and have those effects? And I've always wanted to have some excuse to do it, and I never really did have the excuse to do it. And that is an amazing, perfect example. Sam Parr: I love that I'll find it. And the way that we did this was like like this. Like I just found it. Not article, like So we did it about different neighborhoods, different neighborhoods, and check this out. So, um, I just thought you want Shaan Puri: I think I might have seen this by the way before I moved to San Francisco. I think I saw this because I wanted to know which neighborhood to live in. And, uh, there was this one. And there's another like guide to San Francisco neighborhoods that were like design like this, like you have a for people who can't see it. Hey, just sent me a article on curbed.com for Chicago, and it's like all the different neighborhoods. There's like a little illustration, and it's like, Here's what the rent is here is kind of like where you're gonna find this person. You know, like Bronzeville. You'll probably find this person pro testing a new billboard on 31st Street. So it's like these things that are going to get a reaction out of people smart. Sam Parr: And what's funny is that I had never even been to Boston when I wrote this, or I don't I don't know any of this. We found all of it on Yelp. We just went on Yelp, and we looked at which had the most reviews, and that's what we used
Up Next
Popular Playlists
Best Yoga Podcasts: Listen & Learn New Poses Sour Shoe's Greatest Moments on The Howard Stern Show Listen to: Top 15 Funniest Barack Obama Quotes 9 Game Design Podcasts Every Game Designer Needs to Hear 7 Podcast Episodes About The Golden State Killer That Will Keep You Up at Night David Parker Ray & Shocking Audio of the Toy Box Killer You Need to Hear Best UFO Podcasts That Will Abduct Your Mind Controversial Joe Rogan Experience Episodes Audio Wack Packer Beetlejuice Best Moments on The Howard Stern Show Best NoSleep Podcast Episodes To Terrify You Sexy ASMR Audio to Turn You On
Popular Categories
ASMR Business & Tech Cannabis Fashion & Beauty Gaming History Home & Garden Kids & Family Spirituality Travel
Add to playlist
New playlist