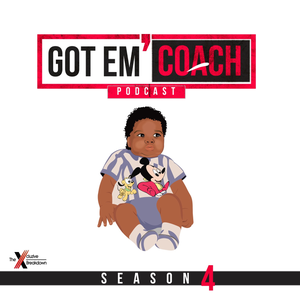 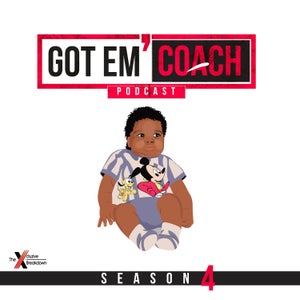 The Xcluzive Breakdown
Tagged in this Audio:
More
Jump to Full Description Transcript
Playlists that Say Whaaaaaat appears on.

There are currently no playlists containing this audio.
Add this audio track to one of your playlists
Add to Playlist
Up Next
Full Description
Back to Top
Surprise!!!
Transcripts
Back to Top
It was a good battle. Watching Dre and watching Reggie Jackson hit downs, make make shots and all this other stuff. It was It was great. It was great. I left. I left Little Caesars Arena, a k a. The piece of dome I left there knowing that, Yes, the Pistons, they're gonna be trash. No, they're not going to make the playoffs. But they had a great game. They put on a great show on. And then I go to sleep and I wake up the next day on February the sixth, which also happens to be my grandmother's birthday. Happy birthday, Granny. You know, I never forget about you. Never forget about you. And I wake up and across my television screen says that Andre Drummond has been traded and my thoughts will say what? I hit the story on him. It was unbelievable. I never would have thought that this would be an event like it was talked about, but it actually happened. Like it legit actually happened. And I was just I never would have thought in a million years that this would be the case. So I'm trying to find a much information as I possibly can about it because you just don't know My first start was Okay, Maybe it was Andre. Kevin Love swiped. And I'm like, That doesn't make no sense with Detroit. 30 got 30 plus million investing in Blake Griffin. They don't wanna put another 30 plus million in In In In Kevin Love to injured power forwards who probably never see the floor together. That doesn't make sense. Who could the Pistons have possibly gotten for Andre Aloysius?
Up Next
Popular Playlists
Best Yoga Podcasts: Listen & Learn New Poses Sour Shoe's Greatest Moments on The Howard Stern Show Listen to: Top 15 Funniest Barack Obama Quotes 9 Game Design Podcasts Every Game Designer Needs to Hear 7 Podcast Episodes About The Golden State Killer That Will Keep You Up at Night David Parker Ray & Shocking Audio of the Toy Box Killer You Need to Hear Best UFO Podcasts That Will Abduct Your Mind Controversial Joe Rogan Experience Episodes Audio Wack Packer Beetlejuice Best Moments on The Howard Stern Show Best NoSleep Podcast Episodes To Terrify You Sexy ASMR Audio to Turn You On
Popular Categories
ASMR Business & Tech Cannabis Fashion & Beauty Gaming History Home & Garden Kids & Family Spirituality Travel
Add to playlist
New playlist