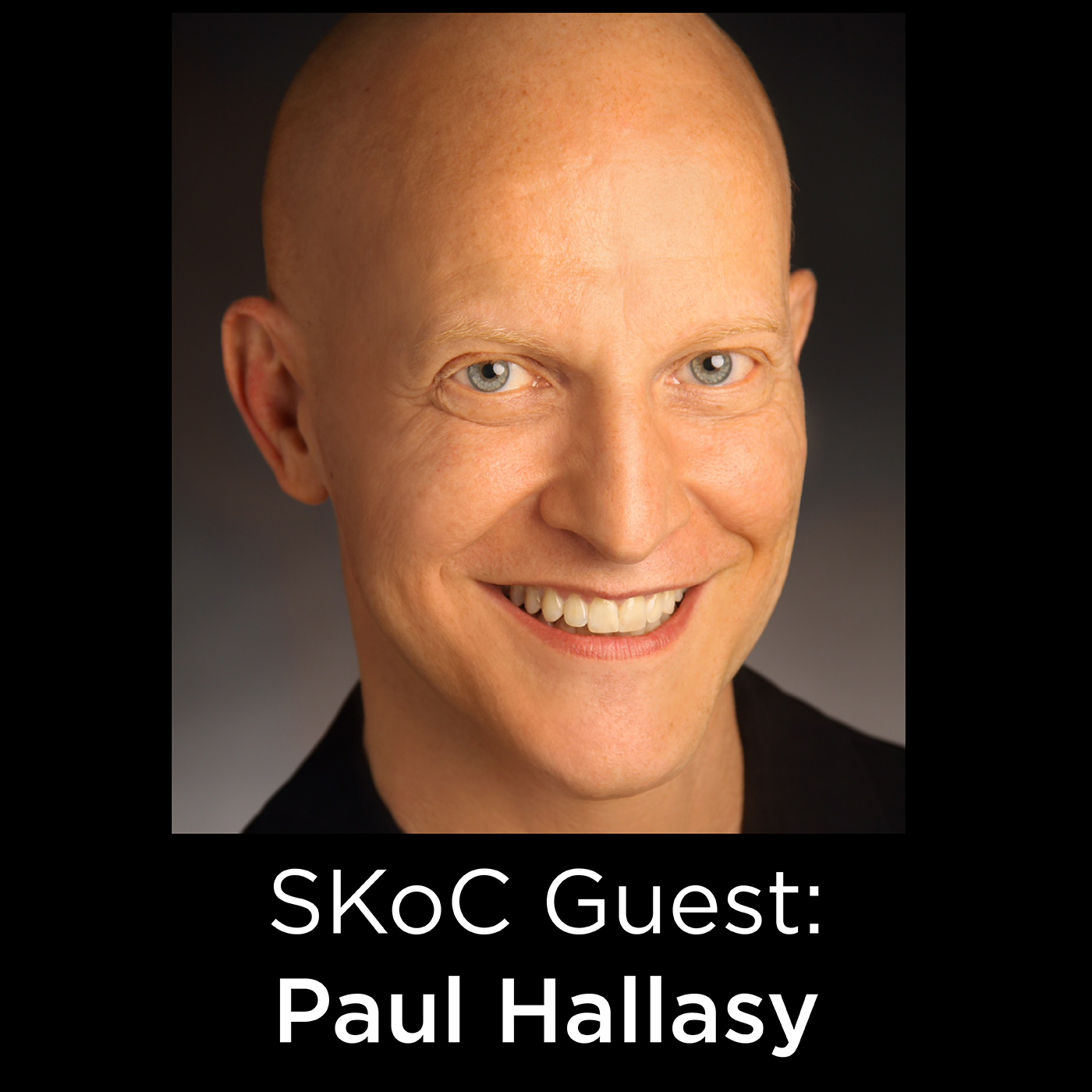 SC 17 WRITING OUT THE STORM with Paul Hallasy

NYC guy, Paul Hallasy has shaped and built his artistic career through writing, perseverance, grit, networking and reinvention – but especially writing. While some follow Hemingway’s advice of “write drunk, edit sober” Paul takes a different tact of “write early, edit later.” He has learned that it’
Category: Comedy Comedy Interviews
Upload Date: Mar 05, 2021
Jump to Full Description
Snippets are a new way to share audio!
You can clip a small part of any file to share, add to playlist, and transcribe automatically. Just click the to create your snippet!
Snippets: Clips of SC 17 WRITING OUT THE STORM with Paul Hallasy that people like

There are currently no playlists containing this audio.
Add this audio track to one of your playlists
Add to Playlist
Up Next
Full Description
Back to Top
NYC guy, Paul Hallasy has shaped and built his artistic career through writing, perseverance, grit, networking and reinvention – but especially writing. While some follow Hemingway’s advice of “write drunk, edit sober” Paul takes a different tact of “write early, edit later.” He has learned that it’s vital to get your ideas down on paper when they’re freshest – for him that’s as soon as he wakes up – and worry about culling and editing later. His best advice: Always keep pen & paper nearby and don’t be afraid to write stream of consciousness.   07:26 | Terry-Ann Live from New York, meet Paul Hallasy! A New York City-based comedian, writer, actor and singer, Paul performs regularly in NYC. and has performed at clubs and colleges across the United States and around the world. A favorite of both gay and straight audiences, he was named one of "7 Funny LGBT Comics You Shouldn't Have Missed" by The Advocate. Paul performed his one-man show, “Take My Job, Please! Confessions of a Stand-up Doorman” (a.k.a. “Doorman Confidential”) at Dixon Place and The Pit Loft in New York City. He’s also the author of a book called New York Trilogy and a blog, The Gay Curmudgeon.   10:33 | Terry-Ann What’s up with the Gay Curmudgeon? You’re not old enough to be a curmudgeon.   13:03 | Terry-Ann/Paul The importance of writing in the morning – before you fully wake up! And other writing disciplines.   14:40 | Terry-Ann Doing the One-Person Show – where do you get the inspiration, drive and discipline to put it all out there?   18:10 | Paul My journey into comedy – from rubbing elbows and taking bows in the big City, to taking more control of my comedy career through writing.   25:41 | Terry-Ann/Paul On age-comedy gaps, the fear of getting aged-out and being surprised who your real audience might be.   29:41 | Terry-Ann What are your career expectations? What constitutes success?   34:05 | Terry-Ann/Paul OUTTAKE: from Gregory Stock, Ph.D.’s, The Book of Questions 1987 ed. TAZ asks: Would you enjoy spending a month of solitude in a beautiful, natural setting if food and shelter were provided but you would not see another person? Given the choice of anyone in the world, whom would you want as your dinner guest, your close friend and as your lover?   Paul Hallasy LinkedIn: https://www.linkedin.com/in/paulhallasy Website: https://paulhallasy.com YouTube: https://www.youtube.com/channel/UCF8O8fQevBHtvkXvLnsAgmg Email: paulhallasy1@gmail.com Blog: http://thegaycurmudgeon.blogspot.com Facebook: www.FaceBook.com/PaulHallasyFanPage Catch Paul on: Gladys Simon Comedy Party | Facebook Live | Wednesdays @8pm ET Twitter | @PaulHallasy Venmo | @Paul-Hallasy   Terry-Ann Zander TAZ Comedy Hotline: 201-874-5971 Facebook: @Terry-Ann Zander - https://www.facebook.com/terryann.zander   Terri Walters Twitter: @TerriLWalters - https://twitter.com/TerriLWalters LinkedIn: @TerriLWalters - https://www.linkedin.com/in/terrilwalters/ Email: Terri@MoonfishProduction.com   Some Kind of Comedian Website: https://www.somekindofcomedian.com/podcast Facebook: @SomeKindofComedian - https://www.facebook.com/SomeKindofComedian/   Moonfish Production, Ltd. Website: http://www.moonfishproduction.com/ LinkedIn: https://www.linkedin.com/company/moonfish-production-ltd-/ Facebook: @MoonfishCreative - https://www.facebook.com/MoonfishCreative/ Email: info@MoonfishProduction.com <
Up Next
Popular Playlists
Best Yoga Podcasts: Listen & Learn New Poses Sour Shoe's Greatest Moments on The Howard Stern Show Listen to: Top 15 Funniest Barack Obama Quotes 9 Game Design Podcasts Every Game Designer Needs to Hear 7 Podcast Episodes About The Golden State Killer That Will Keep You Up at Night David Parker Ray & Shocking Audio of the Toy Box Killer You Need to Hear Podcasts About UFO & Aliens That Will Abduct Your Mind Audio Cheat Sheet To The Sexy Liberal Podcast Network Controversial Joe Rogan Experience Episodes Audio Wack Packer Beetlejuice Best Moments on The Howard Stern Show 12 Best Episodes of the NoSleep Podcast to Keep You Up at Night
Popular Categories
ASMR Business & Tech Cannabis Fashion & Beauty Gaming History Home & Garden Kids & Family Spirituality Travel
Add to playlist
New playlist