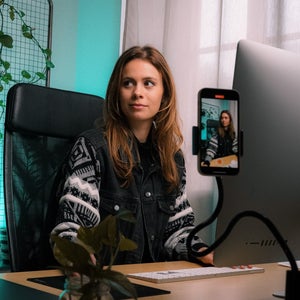 Top Youtubers Reveal Behind-The-Screen Secrets
02:03:49 8/17/21 10 audios
Up Next
Full Description
Back to Top
People found solace in the way that Thomas Sanders describes emotion. Namely, the presentation of Sanders Sides, or different personas that Thomas puts on. But how close are these personas to Thomas's real life?
Transcripts
Back to Top
lying is good question, love that. So the Sanders sides, they all have different looks, different vibes, you know, different outfits, different costumes is the liar just, you know his name, but he does take the form of other people very easily. Whoa Does he have a look? He does have a look. And this was one of the first characters Joan, my co writer had a real hand in the design of so we really went with almost like a 19 or a an 18 hundreds bad guy villain, like more than the Sherlock would probably come up against. He had like this bowler hat, he wears gloves because they're very, that's kind of, you know, you associate that with hiding something. One of those K plates and his color is yellow, that's his base color just because of yellow with cowardice and what that represents. And then one whole side of his face is a snake. So to face nous and you know what the snake is associated with really cool and it's, but the snake, contact lens eyes is really interesting to work with. That's pretty cool. That's pretty cool though. There is much to be said on the topic of lying and lying to others versus blind oneself etcetera etcetera, I think this is all being a pretty big digression from what we're here to talk about. So I will note that when I asked, are you currently heartbroken, have you been through a heartbreak? You know, we start talking about the Sanders sides? Uh, so in 2017, was there some experience in your life that motivated motivated this? Yeah. So without going into too many details, there was a relationship that I had gotten through and it was a first relationship, like for anybody spoiler alert, probably the hardest to move on from. Very much so because you're like what what what it's like the first person that you've like latin into your life to a very large extent. First time experiencing intimacy outside of whatever the family means, you plan things in the future. These things start you start imagining yourself with this person years down the line, you let all of your guards down relationship because you don't know, you're just like, oh my God, so this is love, do do do do good, so this is love, here's everything, you know, and I think in a lot of ways first relationships are just two people emotionally vomiting their baggage on each other. Absolutely no, for sure. And I think that was the thing is like we both helped each other through some intense portions of my of each other's lives, like you know, this was the person that encouraged me to come out and they and they made sure they made darn share that's coming out for for them, they were adamant about that, they're like please do not do this because of me. Like they and that was the thing is like a lot of my feelings I knew were soling me because when that breakup happened it was very much because you know, he saw his life going a different direction and that's fair, I think that's fair because as you get older sometimes you realize what's best for you is figuring yourself out before you can let anybody else in where I was emotionally, I wasn't ready, I wasn't prepared and it wasn't on my terms. And so there's a lot left unset. You know, there's a lot where you're just like you want to fix it, but you don't have the time and all you're left with is this analysis going on current constantly in your head. You mean at the end of the relationship you feel there's so much left undone. But like that has yet to happen yet to be said, it could have been blah, it's all that could have, it goes into all of this dissection of where you went wrong. Oh, so true. Yeah, so it's it's it feels like it never will stop, you know, and you're never gonna stop having those feelings and for a lot of people, I don't think those feelings do stop, they just change a little bit. I think the way that I look back on that relationship now is like there was a lot of pain and yeah, it was it was not a fun time, but would I exchange it for anything. No, because there was so much one can learn from those experiences and it helps build you for, you know, any other relationships you have, it's kind of like when you're painting something or in a painting, you add a shade and sometimes that shade isn't directly seen, but it affects the picture as a whole.
Up Next
Popular Playlists
Best Yoga Podcasts: Listen & Learn New Poses Sour Shoe's Greatest Moments on The Howard Stern Show Listen to: Top 15 Funniest Barack Obama Quotes 9 Game Design Podcasts Every Game Designer Needs to Hear 7 Podcast Episodes About The Golden State Killer That Will Keep You Up at Night David Parker Ray & Shocking Audio of the Toy Box Killer You Need to Hear Best UFO Podcasts That Will Abduct Your Mind Controversial Joe Rogan Experience Episodes Audio Wack Packer Beetlejuice Best Moments on The Howard Stern Show Best NoSleep Podcast Episodes To Terrify You Sexy ASMR Audio to Turn You On
Popular Categories
ASMR Business & Tech Cannabis Fashion & Beauty Gaming History Home & Garden Kids & Family Spirituality Travel
Add to playlist
New playlist