Your changes have been saved
All Audio Alfacast

Should We Ask Kids What They Want To Be When They Grow Up?

Start Time: 54:32 End Time: 57:17
"What do you want to be when you grow up?" It's a common question and one that almost every child has been asked. But according to Dr. Edith Ubuntu Chan, it might be doing more harm than we think. Listen in to find out why.
Category: Health & Wellness
Publish Date: Jun 26, 2021
Snipped By:
Share
station description Listen to all the best educational audio you love. Find educator and student resour... read more 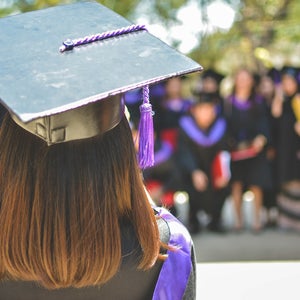 Vurbl Education & Learning Audio
Tagged in this Audio:
More
Jump to Full Description Transcript
Playlists that Should We Ask Kids What They Want To Be When They Grow Up? appears on.

There are currently no playlists containing this audio.
Add this audio track to one of your playlists
Add to Playlist
Up Next
Full Description
Back to Top
"What do you want to be when you grow up?" It's a common enough question and one that almost every child has been asked. But according to Dr. Edith Ubuntu Chan, it might be doing more harm than we think. Listen in to find out why. According to Dr. Edith, asking a child what they want to remove them from their spiritual center, and places the focus on the future, instead of on the present. To truly help a child thrive, says Dr. Edith, focus on their current passions and let them guide the decision-making.
Transcripts
Back to Top
and then they say, hey kid, what do you want to be when you grow up as like I'm somebody now, why would you be constantly asking people this? Like someday someday someday you'll be somebody. So it's very strange, right? And you can see energetically when you talk to a kid and say, hey kid, what do you want to be someday energetically? You can see that the being leaves their center and they go out, they become more of an empty shell of themselves versus when you asked a child, hey kid, what are you into right now? What's super fun were you when you talk about fun stuff, you see the child be in their heart more and it lights up a glows brighter. Isn't that the cultivation we want to be? So be precise with how you interact with the Children, that brings them more fully into embodying themselves into the blossoming and you know, from the inside out, the words you speak you can see has that effect on the child. Are you using your words wisely to invite them to go deeper within themselves for that journey of discovery? Or you inviting the child to leave themselves to be associated basically energetically. That's what happens when you have these conversations with the kids, right? So it doesn't even have to be some kind of over trauma, like physical abuse or something. It's a kind of energetic trauma when you talk to kids like, hey kids someday you'll be somebody, what do you want to be when you grow up? It's actually not very kind. So anyway, my child more like what do you want to be right now? Yeah. What? Yeah. What are you right now? And do you want me to offer some support for you to be more of yourself? You know? So, um my child was like I was watching this really interesting documentary called the 12 about 12 indigenous elders coming together. They went to U. N. In new york and did this whole ceremony to heal the planet was really beautiful and it's a very adult film is not a kids film at all. But my chuck, my lawyer Kobrin was like oh my goodness mama, can we watch that again and again? He loved it so much as a very mature, filled with beautiful cinematography and a little bit of talking. Just mostly witnessing these elders doing ceremony. He says mama now I know when I grow up I'm gonna be an elder, so when people are like hey kid what are you gonna be when you grow up an elder? Great awesome answer to that.
Up Next
Popular Playlists
Best Yoga Podcasts: Listen & Learn New Poses Sour Shoe's Greatest Moments on The Howard Stern Show Listen to: Top 15 Funniest Barack Obama Quotes 9 Game Design Podcasts Every Game Designer Needs to Hear 7 Podcast Episodes About The Golden State Killer That Will Keep You Up at Night David Parker Ray & Shocking Audio of the Toy Box Killer You Need to Hear Best UFO Podcasts That Will Abduct Your Mind Controversial Joe Rogan Experience Episodes Audio Wack Packer Beetlejuice Best Moments on The Howard Stern Show Best NoSleep Podcast Episodes To Terrify You Sexy ASMR Audio to Turn You On
Popular Categories
ASMR Business & Tech Cannabis Fashion & Beauty Gaming History Home & Garden Kids & Family Spirituality Travel
Add to playlist
New playlist