Paul Snabel Does Not Know How To Win Over A Girl

From Audio: 142. The Snabel Murder Conspiracy

Start Time: 01:57 End Time: 04:55
Karen Randell's ex-boyfriend, Paul Snabel, just couldn't seem to leave her alone even after she changed addresses; it turns out stalking is not how you win over a girl.
Category: True Crime
Publish Date: Dec 08, 2020
Snipped By:
Share

simmykhe
Tagged in this Audio:
More
Jump to Full Description Transcript
Playlists that Paul Snabel Does Not Know How To Win Over A Girl appears on.
Share 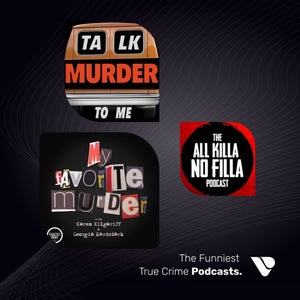 The Funniest True Crime Comedy Podcasts
01:23:22 12/8/20 12 audios
Up Next
Full Description
Back to Top
Karen Randell's ex-boyfriend, Paul Snabel, just couldn't seem to leave her alone even after she changed addresses; it turns out stalking is not how you win over a girl.
Transcripts
Back to Top
do it together come back in and strong. In late November 1989 Karen Randall's friends were worried about her. Her alcoholic and drug addled ex boyfriend, Paul Stable, was stalking her and wouldn't leave her alone. He had already bashed her and given her a black eye, Karen was afraid. One night over drinks. Karen, together with her sister Donna, and friends Irene Muslin and Rhona Heaney, devised a diabolical plan that would get Paul out of Karen's life for good. Hi, I'm Barney Black, and I'm Tara Saraband. This is Bloody Murder, where a comedy, True Crime podcast focusing on some of the lesson No. One Crime stories from Australia and indeed around the globe. Being a comedy True Crime Podcast means that we use dark humor as a means to tell horrifying stories, but never at the expense of the victims or their families. If you think humor has no business being associated with tragedy, then bloody murder will not be the podcast for you. Now, before we commence, our sordid tales would like to remind you that this episode is brought to you by our wonderful and generous patrons. We've had quite a few new ones join our new fancy patryan program, which we will thank individually after our story. If you'd like to become a patron, go to our website. For details. That's a bloody murder podcast dot com. As a patron, you have access to loads of other episodes, including our raining like Cats and Dogs First season and add free versions of our regular episodes as well as exclusive monthly, uncensored patron episodes where we are really let fly levels above $5 receive free stickers and here made Barney badges, and we've just done some new stickers. Wait, do you say that? Very colorful. And, of course, you're automatically entered into the draw for our monthly giveaways. Alright, Tara, Let's get murdering 28 year old Polce neighbor lived in Maui in a sin Victoria, and he really liked the party. He drank copious amounts of alcohol and also took vast quantities of speed. He had a girlfriend, Karen Randall, who also didn't mind a drink. And the odd line or two of speed as well. To classify their relationship is a bit stormy would have been an understatement, they frequently argued on. On more than one occasion, Paul had gotten violent. Once he had punched Karen so hard he gave her a nasty black eye there, off and on again, Relationship was in trouble on. After getting advice from her friend Rhona Heaney, Karen showed him the door and told Paul that she didn't want to see him anymore. Paul's Naval wasn't the kind of guy that would take no for an answer and kept pursuing Karen, phoning here constantly and showing up uninvited at her house. Now, if this were a Hollywood movie, his actions would be considered romantic, wouldn't they? They would be, you know, love a bit of stalking in those romantic movies. That's right, the holding the boom box above your head out there.
Up Next
Popular Playlists
Best Yoga Podcasts: Listen & Learn New Poses Sour Shoe's Greatest Moments on The Howard Stern Show Listen to: Top 15 Funniest Barack Obama Quotes 9 Game Design Podcasts Every Game Designer Needs to Hear 7 Podcast Episodes About The Golden State Killer That Will Keep You Up at Night David Parker Ray & Shocking Audio of the Toy Box Killer You Need to Hear Best UFO Podcasts That Will Abduct Your Mind Controversial Joe Rogan Experience Episodes Audio Wack Packer Beetlejuice Best Moments on The Howard Stern Show Best NoSleep Podcast Episodes To Terrify You Sexy ASMR Audio to Turn You On
Popular Categories
ASMR Business & Tech Cannabis Fashion & Beauty Gaming History Home & Garden Kids & Family Spirituality Travel
Add to playlist
New playlist