Your changes have been saved
All Audio 2on3

Start Time: 15:22 End Time: 17:52
On the 2on3 podcast, we talk about FiveThirtyEight's list of the best Super Bowl Halftime Shows and rank our best and worst.
Category: Kids & Family
Publish Date: Jan 28, 2021
Snipped By:
Share
station description Hi! My name is Shaina and I'm a curator intern at Vurbl! I'm an alumna of CSU Chico... read more 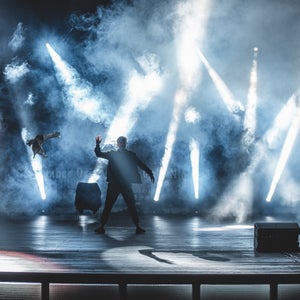 The Top 8 Superbowl Halftime Shows
01:36:51 1/29/21 8 audios
Up Next
Full Description
Back to Top
On the 2on3 podcast, we talk about FiveThirtyEight's list of the best Super Bowl Halftime Shows and rank our best and worst.
Transcripts
Back to Top
he's I mean to me. Like the 2001, the Aerosmith, Mary J. Blige and Sync Britney Spears Nelly show is like one of the best ones ever. Because it's seamless the way they incorporated the like the medley. Um, the way everybody gets their moment in the spotlight on peak Britney absolute peak. Britney. Well, you said it. I didn't think for May. I don't wanna have to say it, but yeah, football pants that the Aerosmith T shirt. You know, it all worked really well on Bennett gets. Obviously, uh, we have sort of this super weird run because, you know, we could spend another community to hear. Yeah, we get on the super weird run. Um, right after that, cause then it's two years the Janet thing happens on. Then we get the weird run of, like, old men over 55 like it's McCartney, Rolling Stones Prince. Thank you. I'm surprised. Dated, Prince. Frankly, given that their concern was exposure because Prince is the kind of dude might just with his dick out on the stand, you don't know which he basically did. The big side, the big side shadow with, um monster Penis and spraying it around like, how come that didn't get mawr criticism? Yeah, odd. But it was only a couple years ago where we had this really solid. Uh, Beyonce. Bruno Mars. Halftime? Yeah. And then they they were so good that they both came back Beyonce in 2013, Bruno Mars in 2014 2016. Beyonce, Bruno Mars back kids. I mean, that's the kind of entertainment people want out of their. You know, again, I think Justin Timberlake had it right in that the more dancing in the more production that you have, it makes for a better show. Yeah, nobody's gonna sit there and listen to you hit or, you know, sing five hits they just want to hear you're gonna get 45 seconds of five different songs. Let's just move through it. And this FiveThirtyEight rating system is garbage because it's completely garbage. That's why I didn't even that's why Didn't even that's why didn't even address it. It's just so dumb that I can't. Well, I was just going to mention that they mention that number four, they have the Madonna one from 2012 and all I remember thinking I said this out loud at the time. I was like, up next a grandmother dances in her underwear. Nobody wants to see it. And then l m f a o came out Grant and m I A, which seemed again like a weird choice. Didn't she f bomb or something on TV? To, Of course, I think she did the middle finger to, of course.
Up Next
Popular Playlists
Best Yoga Podcasts: Listen & Learn New Poses Sour Shoe's Greatest Moments on The Howard Stern Show Listen to: Top 15 Funniest Barack Obama Quotes 9 Game Design Podcasts Every Game Designer Needs to Hear 7 Podcast Episodes About The Golden State Killer That Will Keep You Up at Night David Parker Ray & Shocking Audio of the Toy Box Killer You Need to Hear Best UFO Podcasts That Will Abduct Your Mind Controversial Joe Rogan Experience Episodes Audio Wack Packer Beetlejuice Best Moments on The Howard Stern Show Best NoSleep Podcast Episodes To Terrify You Sexy ASMR Audio to Turn You On
Popular Categories
ASMR Business & Tech Cannabis Fashion & Beauty Gaming History Home & Garden Kids & Family Spirituality Travel
Add to playlist
New playlist