Your changes have been saved
All Audio Between The Sheets

Snippet of Between The Sheets: Ashley Johnson

Start Time: 57:11 End Time: 01:02:23
Ashley Johnson, a member of the all-star cast of Critical Role, shares her first experience with Dungeons and Dragons. Brain Foster listens as Ashley explains how D&D helped her come out of her shell after a long period of isolation, and introduced her to a wonderful community of people.
Category: Gaming
Publish Date: Feb 04, 2021
Snipped By:
Share

Luke Wink-Moran's Audio Station
Tagged in this Audio:
More
Jump to Full Description Transcript
Playlists that Snippet of Between The Sheets: Ashley Johnson appears on.
Share 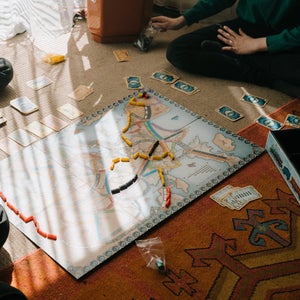