Your changes have been saved
All Audio Catastrophic Calamities

Share
station description Telling the stories of famous and forgotten tragedies of the 19th and 20th centurie... read more 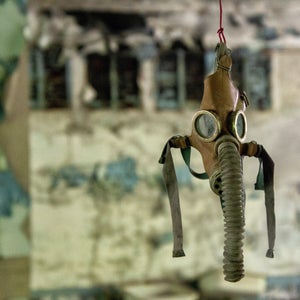 Podcasts About 8 of the Most Terrifying Nuclear Disasters in History
01:51:30 3/19/21 9 audios
Up Next
Full Description
Back to Top
The partial meltdown of reactor number 2 of the Three Mile Island Nuclear Generating Station near Harrisburg, Pennsylvania is the most significant nuclear accident in U.S. history. The 1979 accident bolstered the anti-nuclear movement across America, and cleanup took 14 years and one billion dollars.
Transcripts
Back to Top
lives are lost, heroes are made. Families are changed forever. Catastrophic calamities tells the stories of the famous and forgotten tragedies of the 19th and 20th centuries. Yeah, the worst nuclear power plant accident in U. S. History never should have happened. It took systemic problems, design flaws and good old fashioned human error to turn a minor mechanical malfunction into an accident that could have rendered the entire Eastern seaboard of the United States uninhabitable. I'm Susan Furman, and this is catastrophic calamities, catastrophes and calamities happened there, a fact of life as old as the world itself. Sometimes they are the cumulative results of organizational failures, human error, lack of training and simple design flaws that nobody notices until they combined to turn a minor mechanical malfunction into an emergency. And sometimes life imitates art in both ironic and eerily prescient ways. That's what happened when Three Mile Island nuclear power plant at a partial meltdown in an accident that happened less than two weeks after the now classic film the China Syndrome opened. For those of you who may not be familiar with what the term the China syndrome means, I can't sum it up any better than the film. If the car is exposed for whatever reason, the fuel heats beyond core heat tolerance in a matter of minutes. Nothing can stop it, and it melts right down through the bottom of the plant, theoretically to China. But of course, as soon as it hits groundwater, it blasts into the atmosphere and sends out clouds of radio activity. The number of people killed would depend on which way the wind is thrown. Render an area the size of Pennsylvania permanently uninhabitable, not to mention the cancer that would show up later. In the case of Three Mile Island or to me, as it's known within the industry, the size of Pennsylvania would be a bit of an understatement. If there had been a complete meltdown at Three Mile Island, which, ironically just happens to be in Pennsylvania, it could have taken out most of the Eastern Seaboard of the United States from Washington, D. C. To New York. As it happened, Reactor two at Three Mile Island did come terrifyingly close to having a full meltdown. Although the true extent of the damage to the core of the reactor would not be known until three years later a partial meltdown, as it would later be described, the media and the general public was bad enough. The irony of the China syndrome being forever associated with Three Mile Island is that the accent in the film is actually based on one that occurred at the Dresden to reactor near Morris, Illinois, 62 miles from Chicago, in 1970. The China syndrome co writer Mike Gray was a documentary filmmaker who also happens to be a trained engineer, living and working in Chicago at the time of the 1970 Dresden incident. The Dresden to is actually a boiled water reactor, not a pressurized reactor like the one in the movie, which is why a few words of dialogue in the control room scene are actually incorrect for pressurized water reactor. Oddly enough, the accent as portrayed in the China syndrome actually bears more resemblance to what happened at Three Mile Island than to the accident that inspired it. In yet another disconcerting coincidence, both the accident in the movie and the accident at Three Mile Island were primarily caused by a stuck valve. In the movie. The operators are misled because they use the pen of the water level trace as a gauge. They trust that one particular gauge, not noticing that the other gauges read differently until someone finally figures out that it's stuck and giving them a false reading at TME. While the indicator light on the pilot controlled block valve was what initially misled them to believe the valve was closed, the operators were further confused to a great extent because of the poor design of the control room. The reports of the president's commission on the accident, Three Mile Island, which was the one official report with the closest thing to an objective opinion, described it as a quote lacking in many ways, which was probably the understatement of the decade. Mhm mm. The control room through which the operation of the me to plant is carried out is lacking in many ways. The control panel is huge, with hundreds of alarms, and there are some key indicators placed in locations where the operators cannot see them. There is little evidence of the impact of modern information technology within the control room. In spite of this, this control room might have been adequate for the normal operation of nuclear power plants. However,
Up Next
Popular Playlists
Best Yoga Podcasts: Listen & Learn New Poses Sour Shoe's Greatest Moments on The Howard Stern Show Listen to: Top 15 Funniest Barack Obama Quotes 9 Game Design Podcasts Every Game Designer Needs to Hear 7 Podcast Episodes About The Golden State Killer That Will Keep You Up at Night David Parker Ray & Shocking Audio of the Toy Box Killer You Need to Hear Best UFO Podcasts That Will Abduct Your Mind Controversial Joe Rogan Experience Episodes Audio Wack Packer Beetlejuice Best Moments on The Howard Stern Show Best NoSleep Podcast Episodes To Terrify You Sexy ASMR Audio to Turn You On
Popular Categories
ASMR Business & Tech Cannabis Fashion & Beauty Gaming History Home & Garden Kids & Family Spirituality Travel
Add to playlist
New playlist